You've slain all the other Behemoths out there, but this Umbral bird is your final test. Its raven-like appearance is intimidating, but you'll likely not know what to expect going into this Threat Level 17 fight. This is not the same as the owl-bears you have fought up until now - this shadowy beast has far more devious tricks up its wing.

This guide has the full tips and tricks to killing the Shrowd boss in Dauntless. It also has the resource table for the Behemoth and how to obtain the resources for each part. 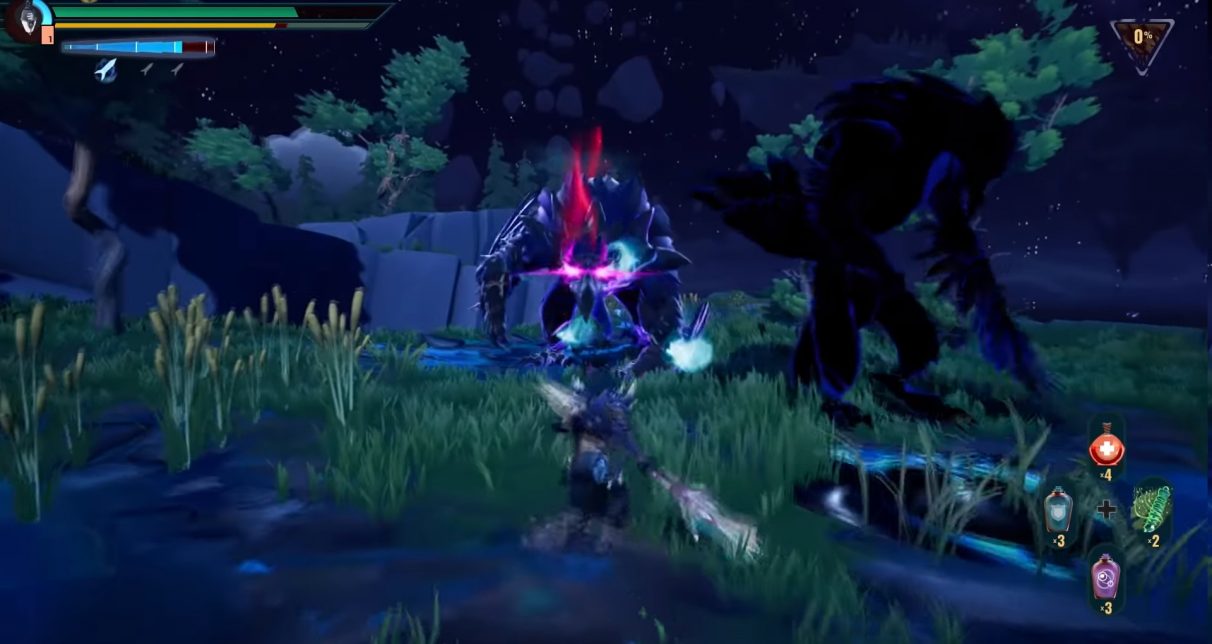 How to kill the Shrowd

This absolute unit of a crow has a massive range of attacks that it can execute at any given time. If you're ever by its legs, watch out for its backhand and dodge into it to avoid getting hit. It also has an attack where it swipes its arms up to four times at you, before executing a twirl that has a ridiculous range. Dodge this twirl as soon as you see it move for the twirl as the first swing is what will hit you. It does come down with some force so if you're close to it, try not to be where it lands. It can execute the twirl if you're not in range of its swipes, so keep that in mind. If you see Shrowd bring its wing close to its chest, it'll proceed to swipe it with a long range, so get ready to dodge, even if you think you're far enough away for it not to hit you. If you're very close as it brings its arm up close, you can avoid it all together and get some hits in.

But melee attacks aren't the only ones to be wary of. It has two types of slam that when it hits the ground, will send blobs of darkness onto the floor. If you're ever caught by these, it will inflict Corruption, which will sap your health until you attack the Shrowd. It can also fly up into the air, bob twice, before slamming down on top of you, with surprising frequency, so get the timing of dodging this move down. The Shrowd also has a projectile attack where it leaps backwards and produces a clone of itself that you must dodge or running to the side.

The Shrowd becomes a lot more dangerous while Aether-Charged. It glows purple to show that it's in this state, meaning that it can now execute two new attacks. If it fires an orb, try to attack the orb as much as you can until its destroyed. If you don't it will expand outwardly, and deal a massive amount of damage as a result. Shrowd can also create a clone of itself, that has its own health, and has the same physical attacks as its non-shadowy cousin. It can also bring its arms back to pitch some corruption blobs at you like a baseball pitch.

It can even enter a state where it encases you inside an "Umbral Dome" of sorts. It will stick to the shadows and attack with gliding, clones, and corruption orbs. If you somehow manage to interrupt its gliding with a "booping" attack, you'll stagger it for a short time and reduce the time inside the dome. Otherwise, just concentrate on keeping track of this Umbral Bird's glowing eyes. Finally, when it disappears, head to the next area and listen for the music to change. If it becomes more "battle-like", you'll be back in the right location, but you'll need to approach the Aether Vent to make it appear. It will have an attack of opportunity which is a generic swipe of its wing.

Before we go, here are the resources you can obtain for slaying and damaging the Shrowd. These are a 100% chance to obtain an item, as long as you break specific parts, but there are rarities for each one as explained below:

That's it for our Shrowd guide, but we'll have more boss guides coming soon. For more on what you can build with the Shrowd resources, go to our Dauntless weapons and or Dauntless armor guides respectively.