The Kharabak in Dauntless is a particularly annoying wasp, throwing sickles, darting around, and buzzing. It's by far the toughest of the early Behemoths due in no small part to its speed and seemingly short windows of opportunity to attack it. But it also has a pattern to its attacks and we'll tell you how to exploit this pattern.

This guide has the full tips and tricks to killing the Kharabak boss in Dauntless. It also has the resource table for the Behemoth and how to obtain the resources for each part. 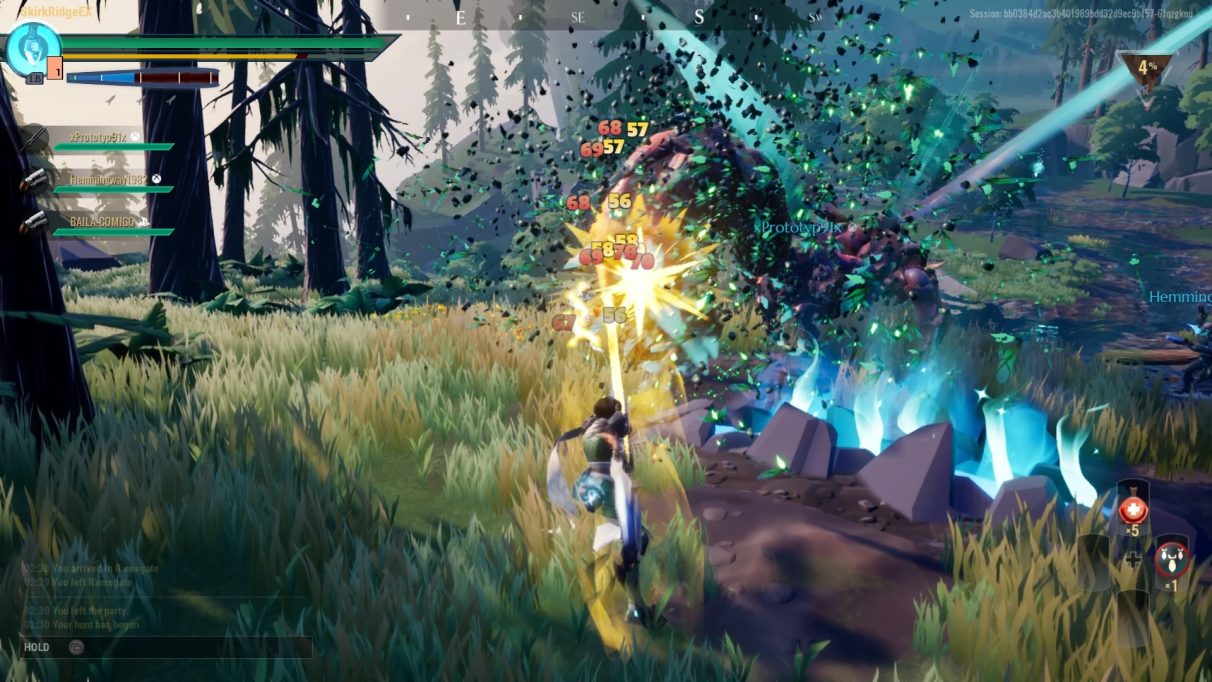 How to kill the Kharabak

Kharabak is a nuisance, but if it has one major flaw, it is a creature of habit. I'd highly recommend playing defensively while it's moving around as trying to hit it will only result in you taking damage and being inflicted with a nasty status ailment. If you are "wounded", any attempt to dodge roll will result in you taking damage. This can come as a result of many of its swiping or projectile attacks, so just keep your distance and dodge.

The attack you are looking for is when it fires off green sickles. After dodging them, it will shift to a new position, target a player, then swipe multiple times while moving forward. Dodge these and get your special attack ready. The next attack is normally a charge which can be interrupted. Your window of opportunity to attack it with the interrupting attack is very small. But should the attack land, it will stun the Kharabak for a short time.

It does have another couple of attacks that keep it still, one of which uses the stinger to create a protective swarm. Attack the Kharabak while you can, then if you are affected by the swarm (getting too close to it will inflict this condition), keep attacking to swat the bugs away. The bugs will deal damage over time, so if a fellow player is unaware of how to get rid of them - a telltale sign is if you see them rolling - just attack them to get rid of their swarm.

As if the Kharabak isn't annoying enough though, its Aether-Charged form turns it transparent. You can barely keep track of it because it shimmers slightly, but you'll definitely want to play more defensively while it's harder to see, particularly if you are unsure who it is going to attack.

Before we go, here are the resources you can obtain for slaying and damaging the Kharabak. These are a 100% chance to obtain the items, as long as you break specific parts.

That's it for our Kharabak guide, but we'll have more boss guides coming soon. For more on what you can build with the Kharabak resources, go to our Dauntless weapons and or Dauntless armor guides respectively.