There aren't all that many neutral enemies in Dauntless, but the Quillshot does present itself with visual differences depending on its state. It can grow quills which it uses as projectiles. Other than that, there's not a lot to this pig-like Behemoth and it's relatively easy to take down.

This guide has the full tips and tricks to killing the Quillshot boss in Dauntless. It also has the resource table for the Behemoth and how to obtain the resources for each part. 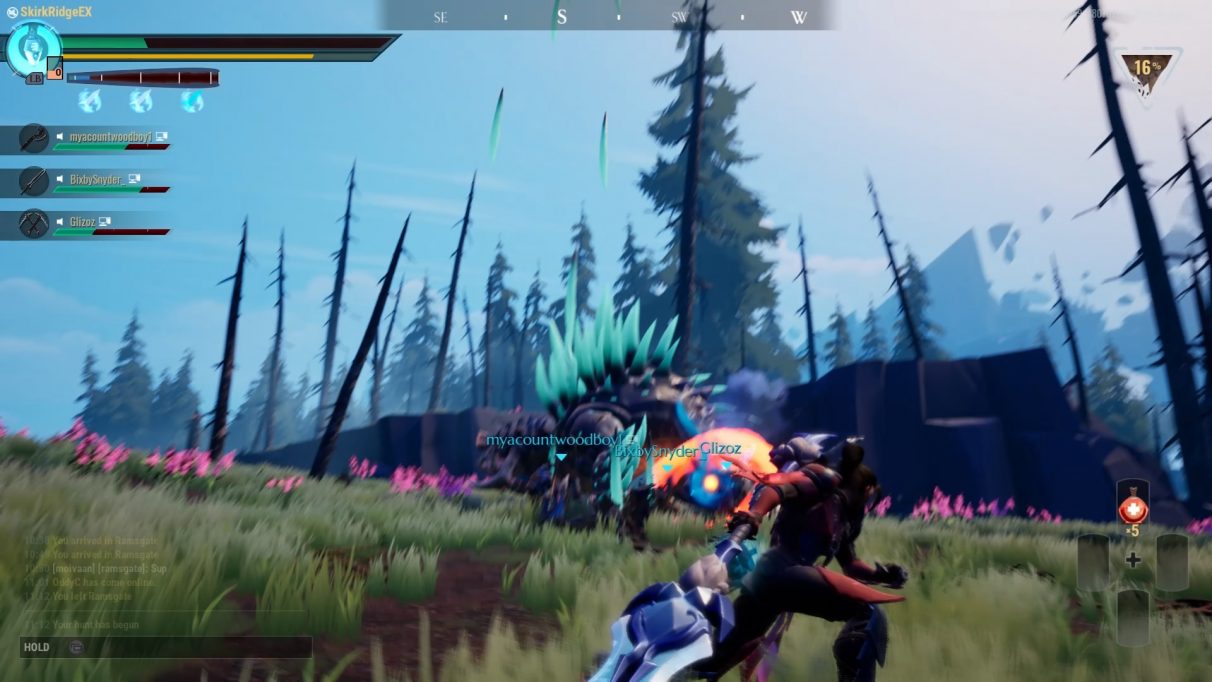 How to kill the Quillshot

Quillshot is a fairly easy Behemoth to hunt. Its primary method of attacking is by firing quills from its back in one of two patterns - either the quills will surround it, or home in on your position. The general rule for avoiding the quills is the same for both attacks - just run away and dip back in.

Melee attacks are a little more tricky to avoid. If you want a tip to ensure you're not caught out, keep an eye on how it falls on its side. If it launched itself at you, it won't have a followup attack, but if it just fell over, it's going to fire some spines from its back. Ensure you're on the soft, fleshy side. In fact that's a general rule of thumb for this fight - unless you're going for breaking the spines, don't attack from behind.

Its most dangerous attack is by far its most unpredictable. It'll briefly stand on its hind legs before slamming down towards a player that's close to it. Keep an eye on this tell and make sure that you dodge, even if it's not specifically targeting you. The reason for this is that it's especially difficult to work out who it's targeting until it's too late. Better to be safe than sorry right?

It's otherwise another early monster that likes to just stand there and wait until it remembers it should be attacking you, allowing for combos to be executed with ease. The downside is that there's no easy tell for any attacks that can be interrupted, but you don't need them for this fight.

When it's enraged, the Quillshot's only real difference aside from attacking harder and faster, is that the quills now launch out of it for a little longer, meaning you'll need to run around a bit before it ends its barrage. It'll eventually calm down, but if we're honest, unless you're not used to its various pushing attacks, this is a bit on the easy side and you should come out of it relatively unscathed.

Before we go, here are the resources you can obtain for slaying and damaging the Quillshot. These are a 100% chance to obtain an item, as long as you break specific parts, though some parts are rarer than others.

That's it for our Quillshot guide, but we'll have more boss guides coming soon. For more on what you can build with the Quillshot resources, go to our Dauntless weapons and or Dauntless armor guides respectively.