The Skarn is the first Terra Behemoth that you'll be hunting and it has access to some significant armour. But all that weight makes it very vulnerable to being toppled over, which is a shame for the Skarn, but a blessing for you.

This guide has the full tips and tricks to killing the Skarn boss in Dauntless. It also has the resource table for the Behemoth and how to obtain the resources for each part. 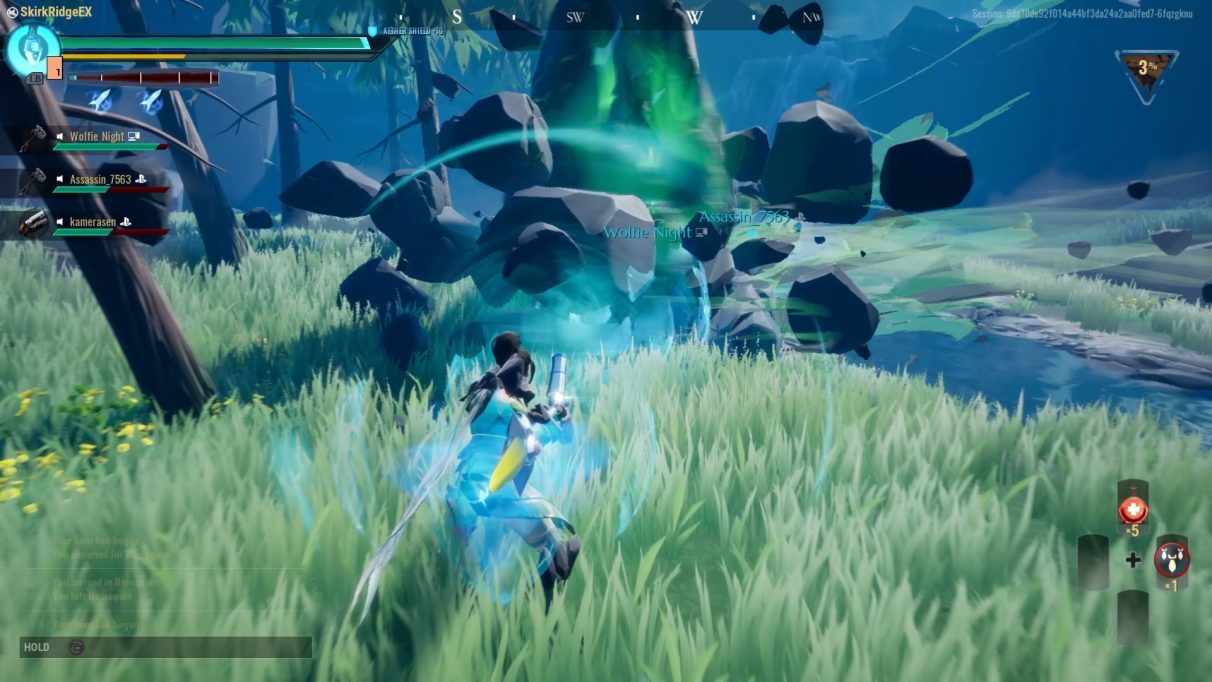 How to kill the Skarn

Skarn has some rather excessive armour which you could try to brute force your way through. However the simpler option is just to wait until it attacks. Each time it does, it temporarily sheds its armour, thus giving you an opportunity to attack. It won't last long and you will be forced to get out of the way of the next attack, but it's easy to know when you need to dodge.

There are two attacks you're looking for in particular. When it stands on its hind legs, it'll normally slam downwards, causing some earth to rise up nearby and deal significant damage. However, heavy attacks repeatedly landed on Skarn while it's on its hind legs will make it topple backwards, stunning it for a short time. Use this as your window to pull off full combos. It will frequently do this, so make sure you're not behind it and that you use heavy attacks. As for the Rockfall Skarn variant, it has a new attack where it somersaults, so watch for the rocks moving in front of it to know when to dodge.

The second attack is the spinning attack,. This normally draws you in and stuns you long enough for the attack to finish. However, if you see it raise some rocks into the air, put away your weapon and run. If you have a War Pike or Sword equipped, you're fairly safe to turn around once you've run a certain distance, and fire a special attack to abruptly end the spinning. This gives you an even longer window of opportunity to attack it. The Rockfall Skarn will keep spinning and move while doing so, making it harder to interrupt.

When it becomes enraged, it'll curl up in a ball and occasionally erupt the earth around you. I wouldn't advise committing to attacking it too much while it's in this state as you won't be able to hit any of the unarmoured bits. Eventually it will come out of its curled up state and be vulnerable to being attacked once more. Keep poking at it and it should be an easy win.

Before we go, here are the resources you can obtain for slaying and damaging the Skarn. These are a 100% chance to obtain the items, as long as you break specific parts, though some are rarer than others.

That's it for our Skarn guide, but we'll have more boss guides coming soon. For more on what you can build with the Skarn resources, go to our Dauntless weapons and or Dauntless armor guides respectively.