The Skraev in Dauntless is just an ice variant of the Shrike, and the Shrike was already extremely similar to a D&D Owlbear. That makes the Skraev an ice Owlbear. It's even got mostly the same attacks as the original version too, only they're a little chillier, and this Behemoth does have its own loot and a few things to keep on eye out for.

This guide has the full tips and tricks to killing the Skraev boss in Dauntless. It also has the resource table for the Behemoth and how to obtain the resources for each part. 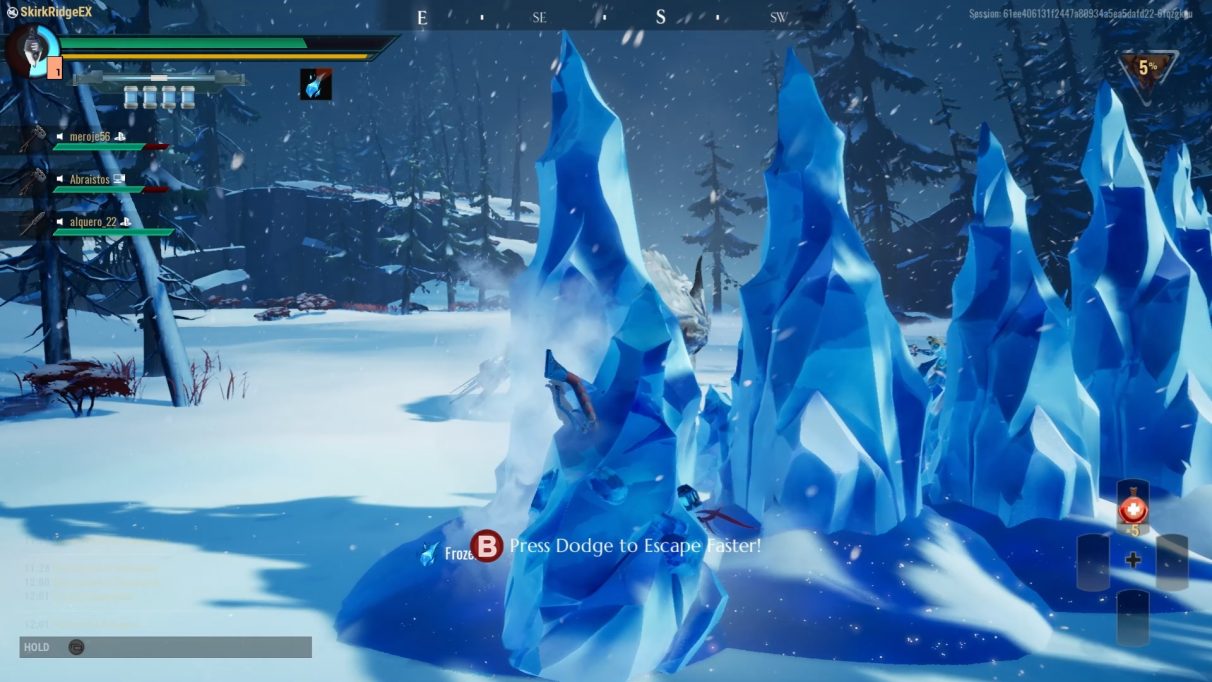 How to kill the Skraev

The principle of killing the Skraev is the same as killing the Shrike, but there are a couple of differences in what each of the attacks actually do. It still has the casual swipes, but its shockwave now has ice properties, meaning that they'll deal more damage to those not wearing the appropriate armour.

The slam is also a little more lethal this time around. If it jumps, try to train your camera on it. Sometimes it'll just jump behind you, but if it stays in the air, it's going to try and come down on top of you with great force. Just before it hits, dodge roll. The invincibility frames will prevent you from being damaged and enable you to attack it while it recovers. If you're hit by this, you'll have to mash the dodge button to escape, and this takes a long time. It also now has an attack where it swipes with its wing to generate a wave of ice pillars to appear in front of it. If you're not behind it, it's likely that this will freeze you to the spot, so mash dodge to break free before its followup attacks.

Like the Shrike, there are two attacks that can be followed up with the swoop attack and the swoop is able to be interrupted. The first is when the Shrike charges after screaming at you, so dodge to the side and ready your special attack. The War Pike can be a little fiddly to get ready in time for the swoop, but it is possible. Sometimes it will bait you into thinking that it's going to swoop, when in fact it'll do the wave instead. You can interrupt your own charge by dodging, so have your fingers over that dodge button in case it tries to trick you. The second attack the swoop can be used as a follow up is when it leaps back and produces an icy whirlwind. Dodge to the side to avoid the whirlwind and be ready for the charge.

When it's enraged, the Skraev doesn't follow the same behaviour pattern as the Shrike, but it's still dangerous. I'd not seen it perform multiple swoops after going berserk, but the ice shockwave now has a second attack that you have dodge immediately after the first. Eventually though it'll tucker itself out, enabling you to get in close and attack with all the combos you want.

Before we go, here are the resources you can obtain for slaying and damaging the Skraev. These are a 100% chance to obtain an item, as long as you break specific parts, but there are rarities for each one as explained below:

That's it for our Skraev guide, but we'll have more boss guides coming soon. For more on what you can build with the Skraev resources, go to our Dauntless weapons and or Dauntless armor guides respectively.