Mordhau developers Triternion have released an official statement responding to the claims they planned to introduce a toggle to hide women and non-white characters from their medieval murderfest. Those claims, I should say, were made by Triternion themselves, in an interview between two of the company's artists and PC Gamer. The official statement says that they never had plans for a toggle on non-white characters, that they discussed but dismissed the idea of a toggle to hide women characters, and that the two artists were "were ill-informed of this decision."

If you're not up to speed, read our story from yesterday. Here is a quick and dirty recap: someone from Triternion said in April that when they add female character models they may also add a toggle to turn them and the male characters on or off; PC Gamer enquired about this and the plans to introduce non-white characters to the game; two Triternion artists suggested a toggle was planned so players could turn any of these things off; this was said in the context of a discussion about Triternion's hands-off approach to moderating their community, which suffers a disproportionately large amount of toxicity including racism, and therefore sounded like they were pandering to sexists and racists; and then Triternion denied these apparent plans ever existed via a tweet. Is that enough of a recap? No? Then please, read that full story linked above.

This statement aims to clarify the company's official position, because effectively they're saying the artists got it wrong. You can read the whole thing at the link above, but I'll pull out the key points below.

"First and foremost, Triternion does not, nor have we ever, had plans to add a customization option that would force a white male default," it says. "This is an absurd idea that stems from a misunderstanding in a recent interview by PC Gamer with two of our artists. These artists, both uninvolved with character development went into a verbal interview with minimal PR experience and ended up answering some of the questions in a misleading way, which combined with a lack of context, led to some very controversial statements."

OK, fine. It's good that they don't plan on having a toggle on characters because they're afraid some of those characters would annoy sexists and racists.

"The responses given were referring to the gender part of the questions, which were based off an old controversial 'gender toggle' idea, with the intention being to give the player options to play the game with only female characters, only male characters, or both."

Less good. PC Gamer updated their original story with longer quotes, including the questions they asked, and in response to a question which referenced "changing character's skin", one of the artists mentioned that whatever they do, someone will be upset, and so ideally they'd give players "the option to enable and disable different things." This doesn't solely reference gender, and is what made it initially seem that they were pandering to the kinds of people who'd be "upset" by non-male, non-white characters. The pandering and to whom is why it doesn't matter much if any suggested toggle also let you turn off male or white characters. 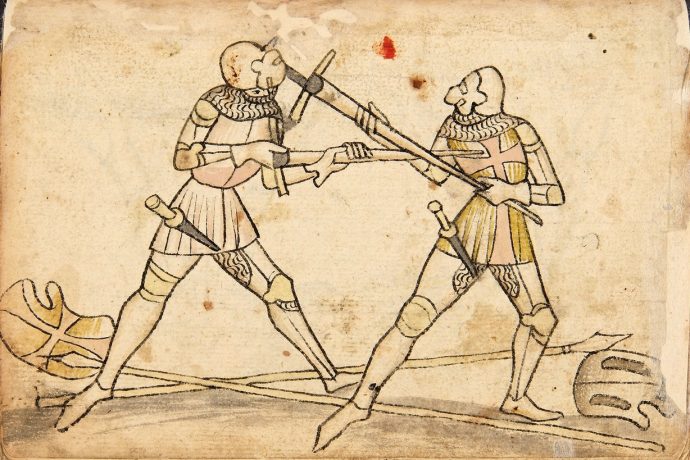 "Shortly after launch and in internal discussions, the concept of a gender option toggle was dismissed as it would undermine the customization players work hard to create," the statement continues. "The two artists featured in the interview were ill-informed of this decision, which was a major mistake and miscommunication on the side of Triternion; and in combination with a question on a sensitive issue of which they were underprepared to answer, strongly contributed to this misunderstanding."

Bad-good? It's good that they're not doing the on/off toggle on women, but bad that the only reason they cite is that to do so would undermine player's character customisation. A better reason would be: because our medieval brawling game is silly, not realistic, and to claim "realism" in this one single instance and offer an option to erase women would serve only to pander to sexists and embolden the toxic elements of our community.

As far as that broader discussion of the game's community goes, the statement ends by saying, "At the moment we are stretched thin with major important content additions and unfortunately we do not have the staff nor systems in-place to moderate everything to our intended level of standards. We plan on improving in this regard." They do not clarify whether they intend to introduce the kinds of chat filters or moderation that other games have to filter out hate speech from online matches, or whether the artists were correct on that point when they said the company fears accusations of censorship.

So there we go: no toggles are coming for either women or non-white character models, and the artists were apparently ill-informed (which, I'd stress, is Triternion's fault and not the artists').

If this feels like a satisfying resolution, keep in mind that: i) women and non-white characters don't exist in the game and there's no timeline for when they'll be added anyway ii) Triternion haven't clarified what their "intended level of standards" are as regards their community or how they intend to reach that standard and iii) the community remains beset by toxicity, which was the point of PC Gamer's article in the first place.

I have sympathy with a small team of developers trying to get to grips with a game that has become far more popular than they initially envisioned, but that doesn't make the criticism of the game or the community management thus far any less valid.