If you click on a link and make a purchase we may receive a small commission. Read our editorial policy.
Ritual Of The Moon takes around five minutes a day to play, for 28 days. Today is day seven of my diary. We've managed a week!

Today's Ritual Of The Moon opened with what I believe we millennials call a big mood. "Why shouldn't I let them die? They don't care about me." Sometimes I idly like to imagine we can look at our parents generation as Rorschach in Watchmen looked unto, well, everyone. There will be wailing and gnashing of teeth as they realise they've ruined everything and they need us to save them and pay for their retirement homes. And we'll look down and whisper "No."

In reality what will happen is that we will never figure anything out because Silicon Valley has reached such a zenith of recursive doucheholery that they're reinventing buses, and applying terms like "sustainable cost structure" to keeping hens.

Imagine being just clever enough to think you can't be stupid. Imagine thinking that keeping hens requires that much effort. Chicken still represents the biggest challenge to my vegetarianism, because I had hens when I was growing up and the experience convinced me that they're so stupid they should count as perambulatory plants. For weeks they couldn't figure out how to get upstairs in their coop, and we had to manually put them to bed like feathery babies, because otherwise they kept trying to roost around the edge of their water feeder. You can put anything in a hen and it'll produce an egg, including grass, other eggs, and the frog that accidentally hopped into the coop that one time.

Thus, certain doom. We do not have a Marty Burnham the Moon Witch to save us from ourselves. Because she did save the world again today, even if she didn't feel like it.

I felt out of sync with Marty Burnham the Moon Witch today. I was in a pretty sweet mood! I've managed to not bite my nails for long enough that I needed to shape them! I bought a nail file and some Barbie pink nail varnish, and made an astonishing amount of mac 'n' cheese in a wok because we didn't have a saucepan big enough. So today, I felt further from Marty Burnham than I have at any other point in this process. And I didn't know what to do to cheer her up! Would that I could do her nails! That I could push the mac 'n' cheese through the screen!

I got the impression that even if I'd offered help or made suggestions, Marty would not have been in the mood, which sort of annoyed me. Like, I know, you're exiled to the moon, and God knows you're allowed to be down about that. But I also need to look after me, Marty! So I rushed through the ritual and felt a bit guilty for a little while. See you tomorrow, Marty. I'll call over again, okay? 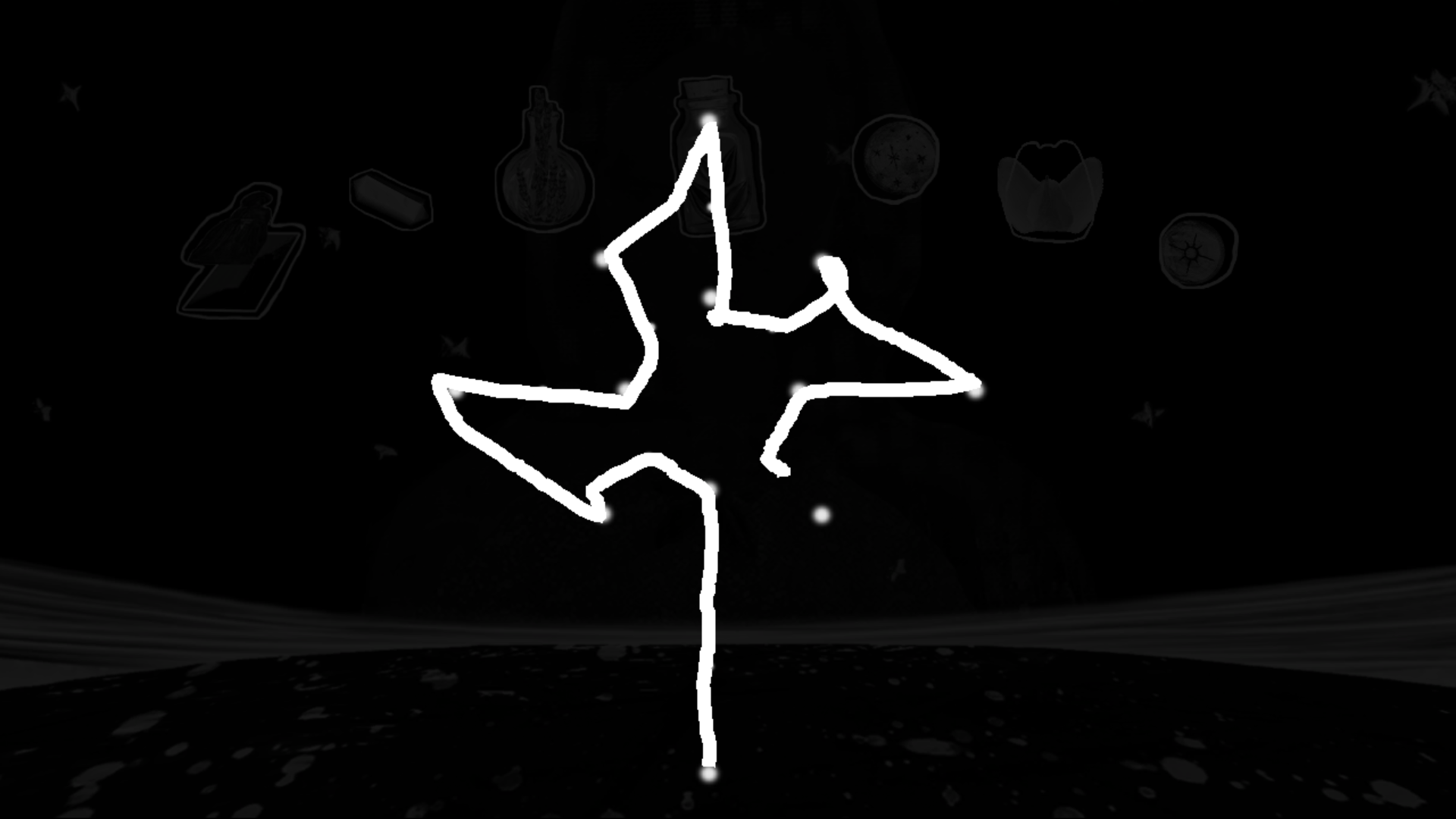