I adore the shipwrecks in Sea Of Thieves. There's just something so thrilling about pulling up besides one and diving in to claim some sunken treasure. Maybe it's the fear of sharks lurking about, ready to strike, or perhaps it's the excitement of never knowing what sort of booty these lost vessels might contain.

You'll understand then, dear reader, why I'm baffled to learn I'm in the minority of Sea Of Thieves players who love these sunken beauties so dearly. According to Rare, shipwrecks were one of the least interacted with encounters in the game before they decided to beef them up with better loot.

It all came out in one of Microsoft's videos showing the talks they would've given at GDC. They streamed a bunch of them of the past two days, including one from Rare about designing Sea Of Thieves to be a successful live service game.

Now, all that sounds quite business-y, and the video was quite developer-focused in general. But one section that caught my eye was some discussion about player feedback. Not the sort of feedback from disgruntled fans yelling into the void online, rather the sort of feedback developers get from game data, allowing them to determine what things players enjoy doing most by seeing how much time they spend on them.

According to this, shipwrecks used to be one of the least bothered with encounters! This was one of the reasons Rare put the reaper's chests in them - the glowing ribbons beaming into the sky makes it a fair bit more obvious there's something hiding underwater, and the alure of a pricey bit of loot gives players more of a reason to purposefully seek them out.

But where's the sense of adventure in that! Following these beams is all very well and good, but there's something so satisfying and exhilarating about coming across something unexpected. I hopped onto a sloop just now to see if I could find wrecks, and not five minutes after I'd found one by following the glowing ribbons of a reaper's chest, I found a second one nestled up against a rocky island in the middle of the ocean. 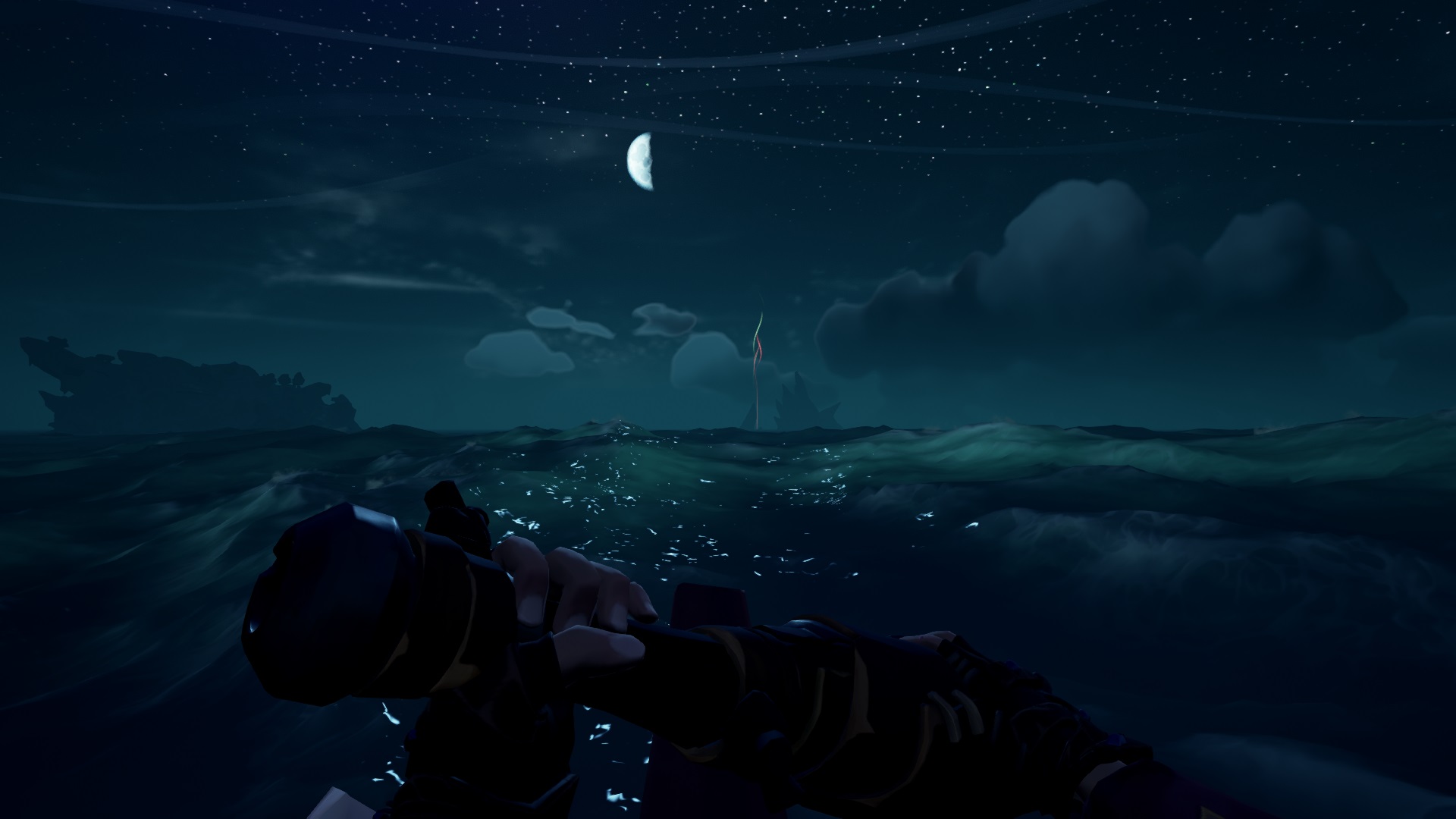 I'm curious if perhaps players were accidentally overlooking them before. Surely no one would actively avoid them. I've become accustomed now to watching the skies whenever I'm sailing, searching a flock of seagulls in the distance to let me know there's something hidden below.

Even if they don't contain the most expensive loot, there's always some weird and wonderful fish to scavenge from the barrels, or even some interesting cannonballs to stock up on.

But that's just one of the lovely things about Sea Of Thieves, I suppose. There's so much in the world now that there's room for everyone to have a favourite thing. Finding unexpected treasure appeals to my sense of adventure, whereas the reaper's chests might appeal to the more money driven players, or perhaps those who fancy the risk of a fight while trying to cash it in. And heck, if none of you lot like the shipwrecks that just means there are even more for me to loot.

I think I'll stick to exploring them by myself for now though, when I tried to show one to Nate and Matt they both immediately drowned. The adventurer's life isn't for everyone, I suppose.