I feel like I missed out on a lot of the old Star Wars space battle games because, well, most of them are older than me. But with Star Wars: Squadrons on the way, it seems I'll finally get a chance to have a go at one of those dedicated Star Wars flight sims. It all sounds pretty good, too - on top of the flashy trailer we saw at EA Play last night, the game's director has given fans some proper details on what it's all inspired by, how combat works, and the importance of managing your ship's power.

"First and foremost, it’s inspired by World War II aerial combat footage," said Ian Frazier in an interview with Polygon. "You see that in the original films, even down to the fact that the TIEs have green lasers and the Rebels have red lasers. That’s because those are the colours of the tracer fire in World War II for the Axis and Allies. There’s that heritage you see there, and so we’re trying to keep that same kind of theme."

The way the ships move is also, in part, taken from the original trilogy of films, as well as the more recent Rogue One. Frazier says that it's designed to feel more "terrestrial" - Star Wars' space battles don't really feel like they're actually in space, differentiating itself from games like Star Citizen and Elite Dangerous. Though, naturally, there's a bit of Star Wars sparkle on that, too.

Star Wars makes its own rules. But hey, as far as space battles go, that's worked out pretty well for the franchise in the past. Another aspect that makes the Squadrons combat a bit more unique is properly balancing your ship's power systems, which was also a feature of ye olde X-Wing and TIE Fighter games.

"Putting your power to engines makes your ship faster, and it makes it turn better. In addition, where you sit on the throttle also determines your turn speed. So that combination of things is a way to be better at dogfighting," Frazier says.

Obviously there are different ways to power your ship for different maneuvers and playstyles. Completely maxing out power to your engines, for example, will give you a good burst of speed to get yourself out of trouble (though your maneuverability will suffer as a result). Then overcharging lasers will give you that extra bit of damage to finish someone off, and so on. 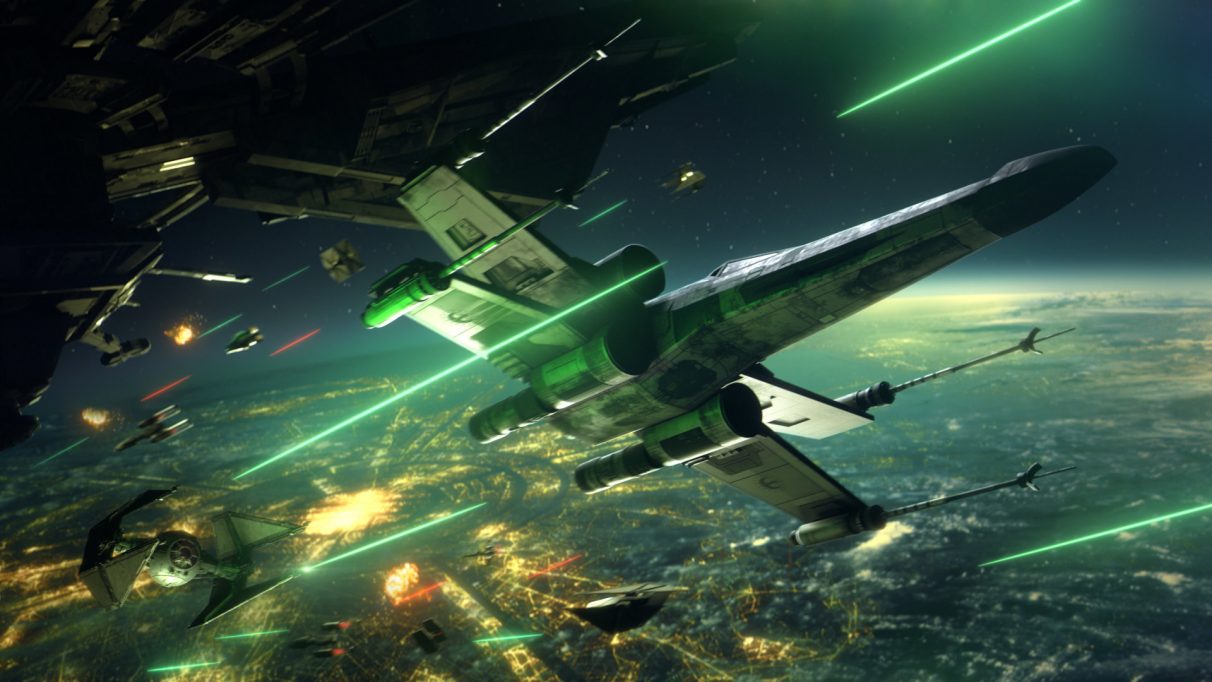 Of course, there are more ways to turn your enemies into big explosions by tinkering with various ship modifications. Frazier uses an example that fans noticed from the trailer - there's a TIE Bomber using a channelled beam-like weapon which you wouldn't typically see in Star Wars films or games. They're letting players really change up their ship loadouts, so your fighters are more unique to you.

"We don’t just have, you know, 'My lasers do 5% more damage!' No, it’s chunky stuff — even for the passives — that make a real difference," he said.

There are even more details in the interview that are worth reading up about if you're into all the nitty gritty parts of Star Wars: Squadrons. I've found it all a bit intimidating really. There are so many things to think about! I can already envision myself spending too long deciding on mods.

It's exciting stuff that a few of us are looking forward to at RPS. Particularly Nate, who thought he would be immune to all this Star Wars nostalgia until the Squadrons trailer hit.

"If EA can just manage not to royally balls this up, this’ll be the TIE Fighter successor that me and a million other boafuses have been waiting for for a quarter of a century," he says. "It’ll mean I can finally stop trying to convince myself it’s worth going through the warlock nonsense required to make a copy of TIE Fighter work on my PC, and finally consign it to the past. Hell, it might even mean I finally go through the ballache of setting up a VR rig. For another TIE Fighter, I’d do a lot of things.

Star Wars: Squadrons is set to release October 2nd on Steam, Origin and the Epic Games Store (as well as PS4 and Xbone) for £35/€40/$40. Check out the website for more info.