With Raids being introduced in The Division 2, you'll want the best gear on you to survive them, as well as ones for the Occupied Dark Zones, or any of the other PVP/PVE stuff in the game. Plenty of decent builds have cropped up around the internet since release and our aim is to give you the best ones to put into one place.

At this point, there's only one build that has been created and shared that has consistently seen results. We will be updating this page with more builds as they come, so if you have seen a particularly good build for The Division 2, comment down below with the weapons, mods, specializations, equipment and talents, and a short summary of the type of build. We'll only be looking at ones that crop up for use in the endgame. Without further ado:

Want a sniper that can deal up to 5 million damage with a single bullet to the head? This post-World Tier build is one that you can take into raids, strongholds, and other PVE missions, that is focused on making an absolute joke out of Elite enemies. Many of the perks that are recommended are built specifically against them. You will need to find the Nemesis Exotic rifle components, but once you do, you can then put the following gear together to make this insane build.

Sniper - Nemesis (Exotic upgraded) - Find out how to get it in our The Division 2 Exotic Weapon & Hyena key locations guide.

Side Arm - Use a weapon such as the Double-Barrel Sawed Off shotgun with the Preservation, Jazz Hands, and Overlap talents.

When unlocking the Sharpshooter, unlock the following skills as a priority over the others:

Skills: "Healing Chem Launcher" is a must as it allows for quick healing. "Booster Hive" for increased movement speed or "Reviver Hive" to help teammates. "Deflector Drone" for defensive options against other players using this build.

This build is centred around some brand sets, but there are more specific things around attributes and talents. For more on the brand sets, check out our The Division 2 brand sets guide, so try to get complementary armour pieces to make up the following numbers:

By far the most ridiculously powerful sniper build I've seen so far has come from YouTube user "MarcoStyle". This can literally one shot any player if you land a headshot, meaning that if you take on this build, you need to be competent with a Sniper rifle. It's not especially useful in PVE, but in PVP battles and the Dark Zone it is a monster. It's also not optimised just yet, so we'll bring you the fully optimised build as soon as it comes.

Second weapon - This can be any decent weapon because you won't really be using it over the sniper rifle.

When unlocking the Sharpshooter, unlock the following skills as a priority over the others:

Skills: "Healing Chem Launcher" is a must as it allows for quick healing. "Booster Hive" for increased movement speed, or "Deflector Drone" for defensive options against other players using this build.

Our second one comes from YouTube user "Example", and if you thought sniping was just a tad too difficult, how about rinsing through enemy armour and health in less than a second? It just demonstrates how quickly an enemy player, even those in the Occupied Dark Zones, can drop so quickly. It's focused on DPS, also has an option for sniping, and while it's also not quite optimised, it works effectively for what it is.

Side Arm - D50 (High-End), though if you have the Liberty this would be better. More on unlocking it in our The Division 2 Exotic Weapon & Hyena key locations guide.

When unlocking the Demolitionist, unlock the following skills as a priority over the others:

Skills: "Healing Chem Launcher" is a must as it allows for quick healing. "Booster Hive" for increased movement speed, or "Deflector Drone" for defensive options against other players using this build.

This build is centred around some brand sets, more on those in our The Division 2 brand sets guide, so try to get complementary armour pieces to make up the following numbers:

You can also use talents such as Skill Haste, Surgical, or even the most coveted Berserk to bolster your abilities. With the mods, try to get ones to maximise your damage output as much as possible. 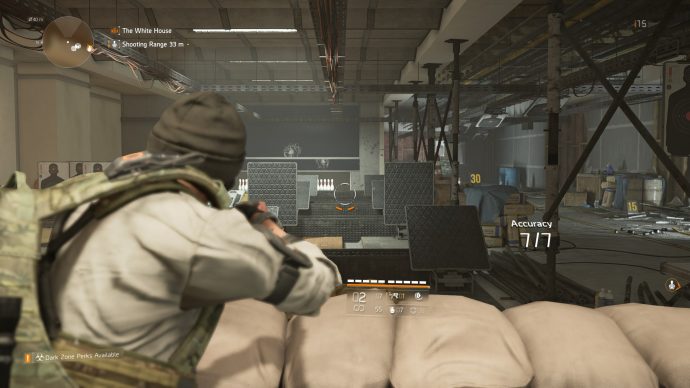 Crafted by Reddit user "Hallettnr", this is a LMG/SMG build that synergises surprisingly well. As for what you can do with this build, it's primarily for dealing a punishing amount of LMG damage for PVE areas, raining a hail of bullets at medium range. The SMG is more for close-range combat, though it's also good for PVP.

This build is also an absolute unit when it comes to armour, reaching over the 200,000 threshold. Crit Chance is the talent of choice, but there's others such as Hardened and Unstoppable Force that can link up well with the Demolitionist Specialization. Below are the recommended equipment and skills:

When unlocking the demolitionist, unlock the following skills as a priority over the others:

Skills: This is down to personal choice, though "Hallettnr" mentions that their personal preference for this build is "Healing Chem Launcher" + "Reviver Hive"/"Fixer Drone" for a more tankier build.

That's all of the builds that have been discovered in The Division 2. We will have some more builds in the coming weeks ahead, so watch this space. You can further deck out your build by hunting down the hunters, with the aid of our The Division 2 Hunter Masks guide.