Not bad. Not bad at all. The third communal Combat Mission clash has almost reached the halfway point (assuming it goes the distance, it will run for another sixteen days), three of seven victory locations are in Soviet hands, and the commenter-controlled Ivans still have two largely intact infantry platoons and three AFVs with which to secure the remainder. If you haven't been following the “gripping”* daily updates during the past fortnight here are a few high- and lowlights.

The taking of house t27 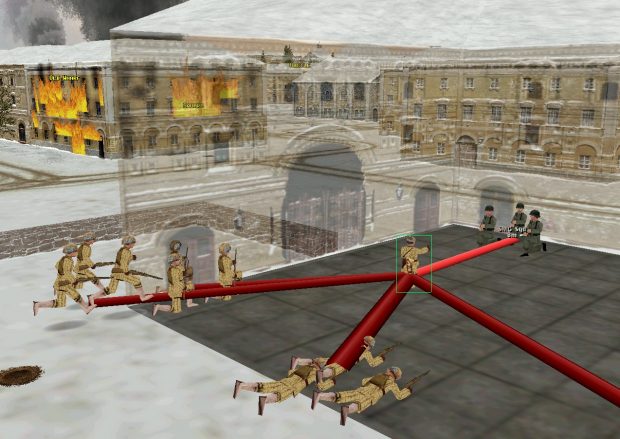 The players attempt their first infantry assault and it goes like a dream. Supported by the brick-pulverizing emissions of a T-34/85 tank, heavily armed pioneers storm an occupied house overlooking East Bridge, one of two crucial portals to the town centre. Although the platoon's aggressive CO,  Myshkov, decides to flout orders and lead the attack himself, close coordination and steady nerves mean a potentially troublesome German SMG squad is overcome swiftly and relatively painlessly. 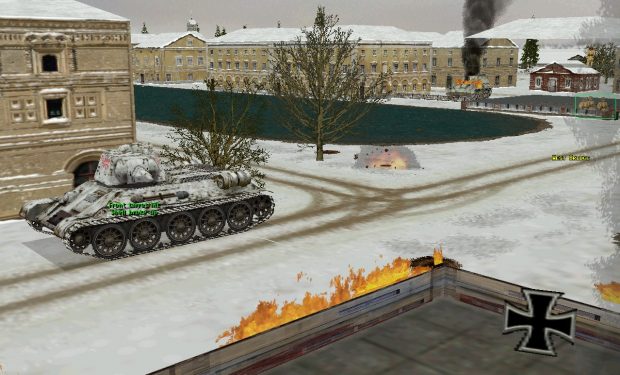 Fate must have been on a fag break during turn 10. In one of those splendid flukes that CM produces now and again, Flare Path, the commenters' flamethrower tank, survived a suicidal scamper through enemy lines. By the time it reached its destination, it had been gouged by 20mm cannon shells, had a close encounter with a Panzerfaust warhead, and almost collided with a flabbergasted Panzer IV. In the following turns we all waited for Lady Luck to correct her mistake, but, happily, poetic justice was never meted out. At the time of writing, Flare Path is still alive and bolshy. In fact it's the only significant AFV left in the Soviet arsenal. 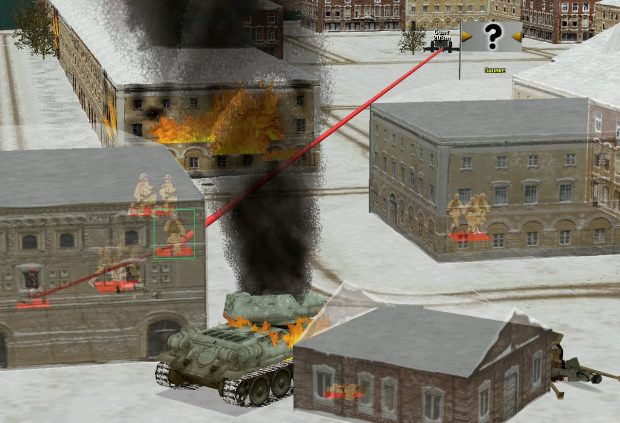 The risks armour faces when fighting in cramped, complicated urban environments were starkly illustrated in turn 9 when the commenters' most potent tank was slain by an enemy invisible until it opened fire. Keen to keep up with Myshkov's pioneers, the  T-34/85 had just barged its way into a yard with tempting views north and west when a Pak 40 AT gun, dug-in and motionless under trees in the main square, reduced it to a blazing hulk. In most WW2 games LoS equals discovery. In the wonderful Combat Mission units frequently need to scan the scenery for a while to spy lurking enemies. 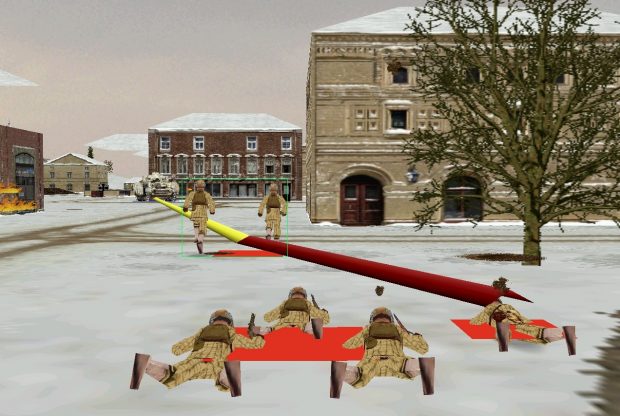 In turn 11 recon platoon leader Lt. Ryumin gambled and the gamble didn't pay off.
Desperate to assist Flare Path, the surrounded OT-34 flame tank in the square, (see above) Ryumin and his men attempted to dash across the contested West Bridge, duck into a building on the north bank, and mount a close-range spoiling attack on a pivotal Panzer IV. If the Panzer had kept moving, the risky lunge might have succeeded – the gallant Ivans probably wouldn't have ended up huddling behind lampposts, the helpless, blood-badged whipping boys of two raucous MG 34s. 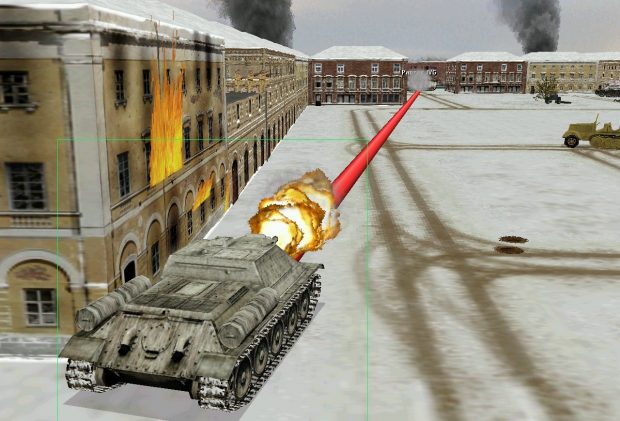 WEGO is the best GO. If you need proof just peruse the summary of turn 12 – an action phase in which the AI's Panzer IV and the players' SU-122 opened fire on each other at precisely the same moment with extraordinary results. 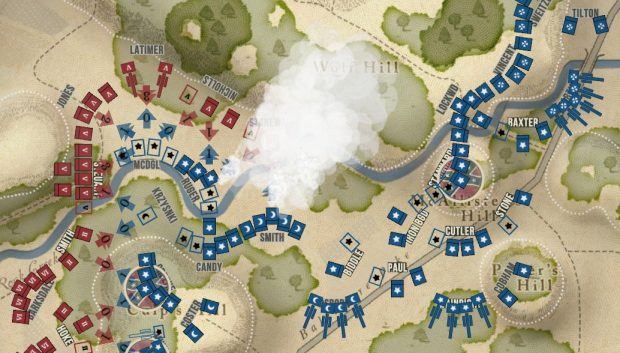 Although a week of evening play sessions has rubbed some of the bloom off Gettysburg: The Tide Turns, I'm still enjoying the simplicity, pace, unpredictability and challenge of this uncommonly fetching £7 wargame from Shenandoah and Slitherine. 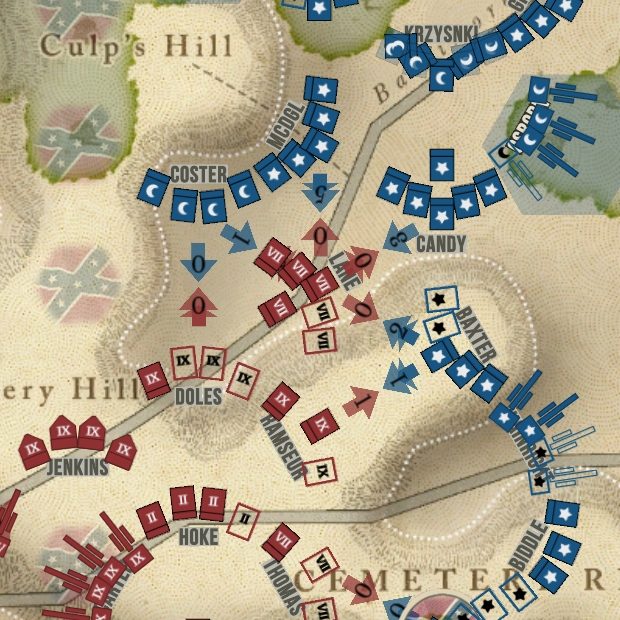 Eric Lee Smith's latest design is facing criticism in some parts of Grognardia for its enthusiastic use of shorthand. Things like order delays and leadership styles are airily suggested through the 'chit pull' unit activation system rather than spelled out with stats and specific mechanisms. Other traditional wargame elements like fatigue, Fog-of-War, and command penalties for scattered divisions are entirely absent. I can see why some feel the broad brushstrokes are too broad in places, and the influence of luck too great at times. 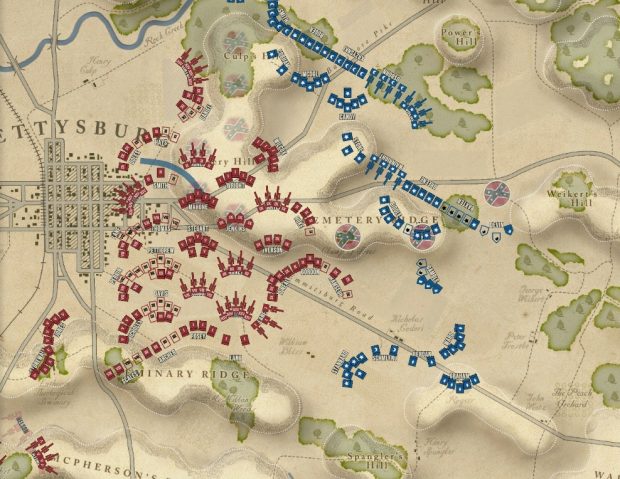 I suspect this is one of those situations where the happier bunnies are the less well informed ones. As my knowledge of ACW tactics and the Battle of Gettysburg comes primarily from titles like Sid Meier's Gettysburg! and Scourge of War, I'm probably easier to please than him over there with the Harry Pfanz volumes on his shelf and the complete set of Civil War Battles permanently installed on his system. If you happen to be both an ACW buff and a Gettysburg: The Tide Turn owner, I'd be fascinated to hear your thoughts on the game. Does it lose sight of the history in its rush to simplify and streamline?

I'm guessing there's a clause in Dovetail's licensing agreement with train operating company Great Western Railway that prevents the Chathamites from making the  'passenger mode' in this fairly imminent piece of DLC overly realistic. When I fire up TSW: Great Western Express in late August and opt to play as a ticket buyer rather than a throttle nudger, I doubt there'll be occasions when I'm forced to stand between Reading and Paddington – occasions when I spend the entire 36-mile journey with my nose pressed up against a WC door or my groin inches away from the face of an overheated octogenarian from Swindon. 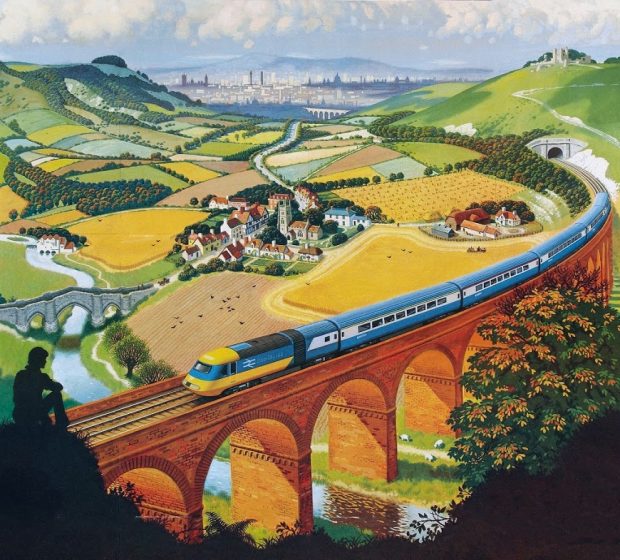 Although it's disappointing there's no mention of physics and sound improvements in the bullish trailer for Great Western Express, it's impossible for a rail enthusiast brought up a short bike ride from the mainline depicted to see shots of and footage featuring superbly sculpted HSTs without being buoyed. Re-engined since my trainspotting days, the 125s aren't the ear-bashing banshees they were back in the Seventies and Eighties, but as long as that handsome wedge-shaped profile remains they'll retain a modicum of their magic. 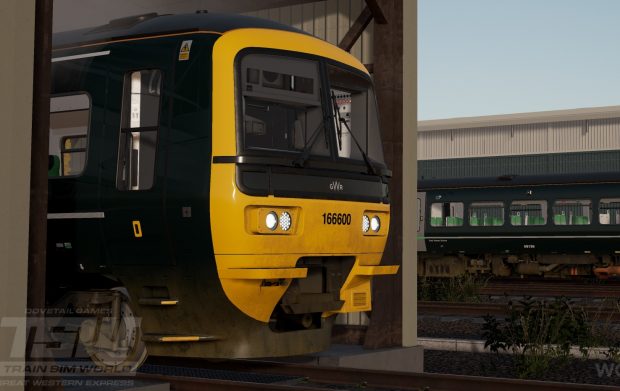 After the forest-fringed, freight-focused US route that was the centrepiece of CSX Heavy Haul, barreling through the quintessentially English Thames Valley in an HST or dawdling through it in a Class 166 DMU, should feel pleasantly different. More signals, more stations, more stops (if you're driving the 166), more to look at than just trees, rocks, and more trees. The approaches to Paddington are likely to be a severe test for engine fluency. If TSW can cope with rush-hour at one of London's busiest termini it should be able to cope with anything. 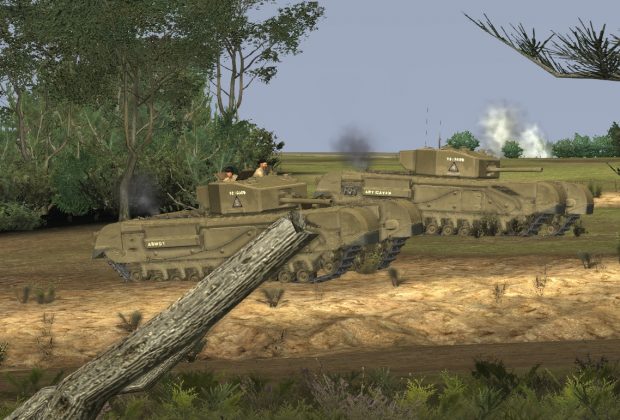 One of the few WW2 wargames that can hold a candle to the mighty Combat Mission got a little greener last week. The £11 Battle of Longstop Hill expansion for Tank Warfare: Tunisia 1943 (the latest release in the franchise previously known as Graviteam Tactics) features a small selection of British units, a tweaked campaign approach, and a new springtime map liberally sprinkled with slopes and North African flora. 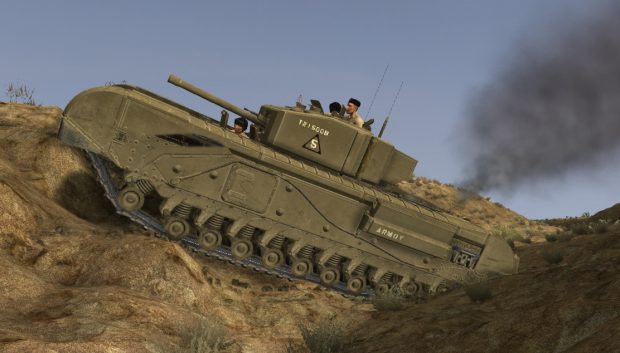 Churchill tanks operated by the North Irish Horse played a vital part in the Allied victory on 22-23 April, 1943, so expect to see a lot of these lovable lumberers (each one appropriately named) as you battle your way through engagements dynamically triggered by unit collisions on the game's 144-cell strat map. 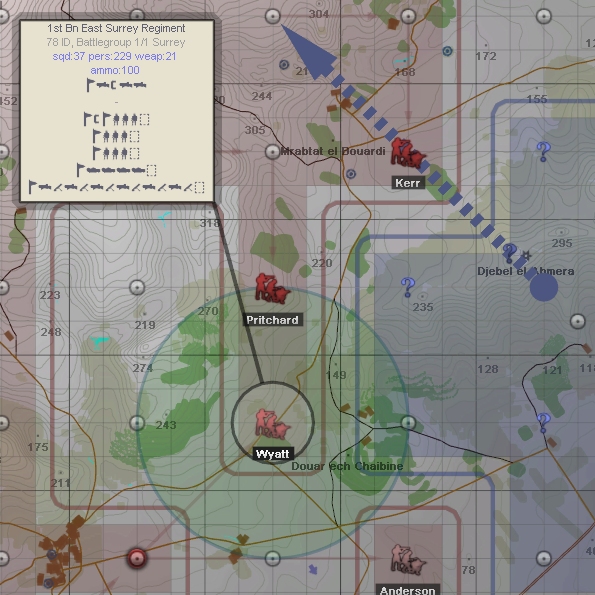 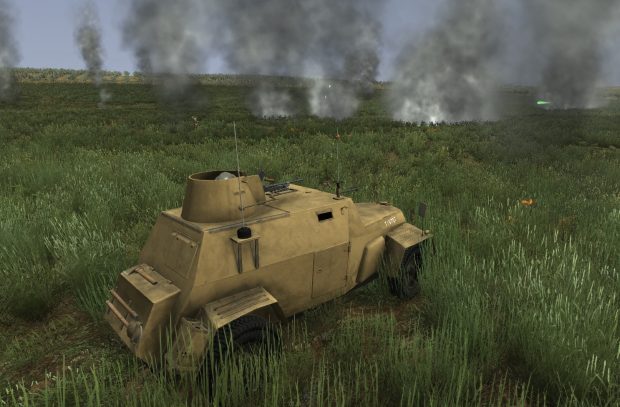 Having improved campaign ergonomy, if Graviteam could now just admit defeat with their quirky, homespun GUIs, and introduce an order issuing system akin to the one used so successfully in the Close Combats and the Combat Missions, they might finally start seeing the popularity that their deep realism, brilliant ballistics, and longstanding commitment to dynamic campaigns, has always deserved.