Do games like Legends of Runeterra get your competitive urge riled up? If so, ranked mode is a place where good players with decent decks can thrive in competitive matches against other people. You'll even get some nice bonuses for participating in the current beta season, but you may even end up with some nifty rewards based on your progress. 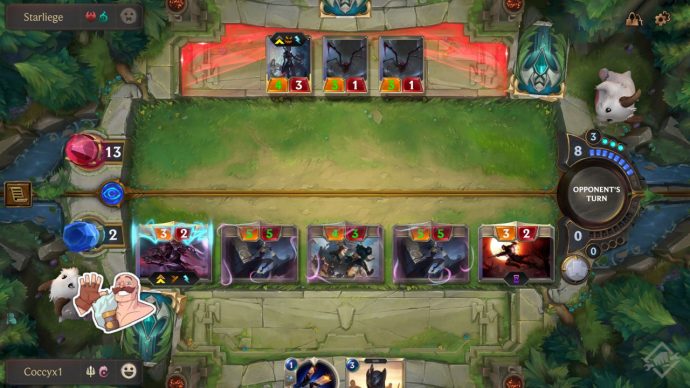 Our Runeterra ranked mode guide will explain how the ranks work. There are rewards for ranked mode performance, though little of this has been confirmed. You'll likely be facing the same decks over and over that are part of the current meta. If you want to know how they are made, have a gander at our Runeterra best decks guide for deck codes you can use to import the best decks. 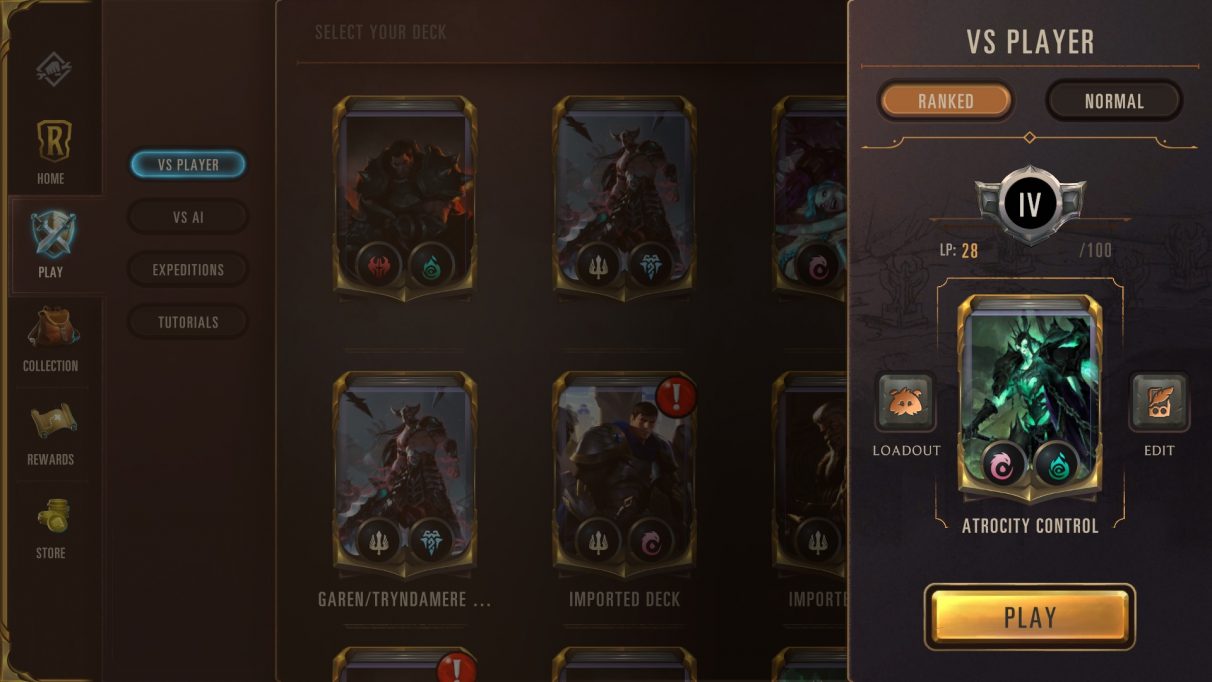 How ranked mode works in Runeterra

Ranked mode is where you play games of Legends of Runeterra against real people. Players do this in order to obtain League Points (or LP), which is used to give you higher rankings, which are mostly for prestige. It's a way of saying you're better than those ranked lower than you.

To play ranked mode, you'll need to do the following:

Once you've selected to play ranked mode, you'll find your current rank and the amount of LP accumulated towards the next division/tier. In Legends of Runeterra, the ranked mode has different tiers, each with their own divisions. You'll start at "Division IV", going down towards "Division I". Once you've achieved a rank up in Division I, you'll increase your tier by one and are put in Division IV for that tier. The tiers are:

The good news is that once you achieve a higher tier, you cannot drop back down to the previous tier, but you can drop divisions. Even if you lose twenty games in a row after achieving Diamond ranking, you will not drop back down to Platinum. You are going to have to work very hard to get to the higher rankings though.

You do lose LP should you lose matches though, so progress towards the next division and tier will drop. Should you get a winning streak, you can get an additional 10 LP per win, as long as you're under the rank "Gold IV". Tie games still give both players a small amount of LP.

After every season in Legends of Runeterra, the rank that you achieve will be reset and you'll obtain rewards appropriate to your ranking.

What rewards do I get for ranked mode?

Currently there is no way of telling what rewards are obtained as per your ranking, since the first season has not concluded yet. You can still play games to get different rewards, as detailed in our Runeterra vault guide, but these are separate from ranked mode.

There are going to be some rewards for participating in the Runeterra beta season. You'll receive seven special player icons when the icon functionality feature has been "pushed live". This currently has not happened. In order to qualify for these player icon rewards, simply play 5 matches in ranked mode.

When does the current season end?

This is the question we can't answer yet as the game is still in beta. Riot have not confirmed when this will end, so we'll update this post as soon as we know when the beta season ends.

Thanks for reading this guide. There are plenty of other guides for Legends of Runeterra, so be sure to check them out.