Fed up of scavenging for new weapons from enemies? Do you just want to make your own weapons from scratch in Ghost Recon Breakpoint, but don't want to spend real money on them? Well, this guide is for you as you can also just go to certain locations and find them yourself. We've found most of the unlockable weapon blueprints and attachments and have listed them in this article. 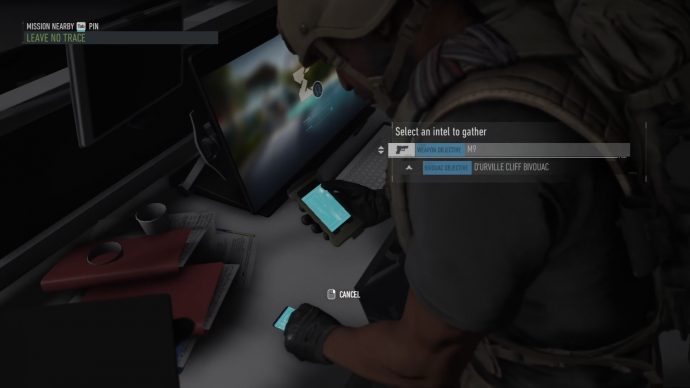 The first step to unlocking a new weapon blueprint or attachment is to gather some Intel. Within many of the structured buildings throughout Auroa, there are pieces of Intel on desks or other surfaces that when you interact with them, will show you multiple options. You can either use them to unlock new map locations for you to examine or more importantly, you can use them to unlock weapon blueprint/attachment missions. These are "blue" missions in the objectives section of the menu and can be tagged for your teammates.

Intel that you can gather includes attachments, weapon blueprints, and bivouac locations for that specific region. You will only discover stuff for a region in Infinity if the Intel you are currently gathering is also in Infinity. Only one person in a team can interact with a piece of Intel, so it's only polite that you talk to your teammates to see if any of them need a specific blueprint or attachment. Once you've finished with it, nobody else can interact with the Intel. 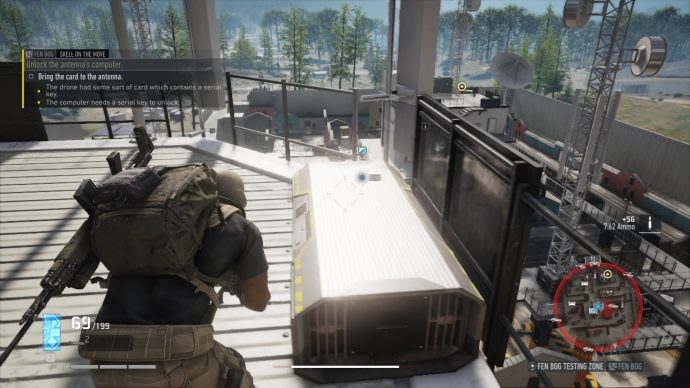 Once you've gathered the intel, pop it onto your mission tab and follow the directions. If you're playing in guided mode, you'll see a blue dot appear on the map showing its location. These areas tend to be on the more well-defended side, so be sure that you are well prepared and stocked on syringes, particularly if you're going as a lone wolf.

Upon clearing out your designated area, head to the location on your mini-map (guided) or follow the directions (exploration) to your blueprint or attachment. You may also find skill chests nearby like the example above in the Fen Bog Testing Zone, so be sure to open that up while you're there for a free skill point. It's only fair that you have that little extra bonus for your efforts. 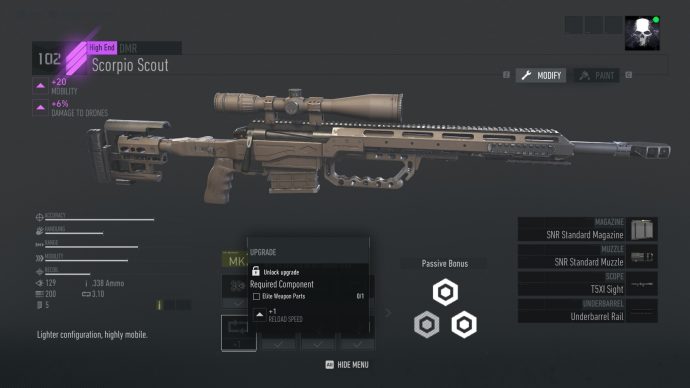 Since all of the Ghost Recon Breakpoint blueprint locations are fixed, here is a list of the blueprints we currently know the location of so far:

These are many weapon blueprints that are available to find, each of which is located in specific locations. To easily find the weapon blueprint you are looking for, I'd highly recommend pressing Ctrl+F and searching for the weapon type.

When you reach rank 10 for each of the classes, the steps to complete the rank tracks can be found in our Ghost Recon Breakpoint skills guide.

Step by step guides for each of the missions will appear in our Ghost Recon Breakpoint signature weapons guide when we find them.

Since December 2019, the Faction Rewards have been disabled. Here are what the rewards were in Act 1.

These Behemoth Defence areas have some high-level enemies that can be a little difficult to defeat if you head in without a plan. In the video above, lovingly crafted by our very own Matthew Castle, he details a method for getting past the drones, which is particularly helpful for getting some decent equipment. Using the Panther class, then use a cloaking spray for 60 seconds worth of stealth. Use bivouacs to replenish your supply. 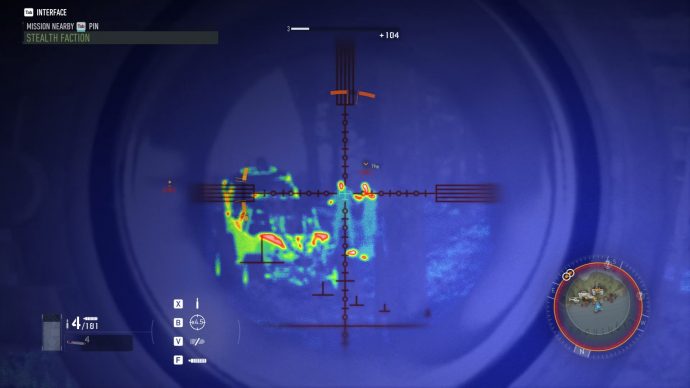 It's not just blueprints for weapons that you can find. You can also find many attachments in the many locations on the map. Again this list is a little on the long side, so use the search function in your browser (Ctrl+F) to find the attachment you're looking for.

There are a few that are hidden in the Behemoth Defence areas. Remember that the Panther class has cloaking spray that hides you for 60 seconds from the big nasty mechs patrolling each one. 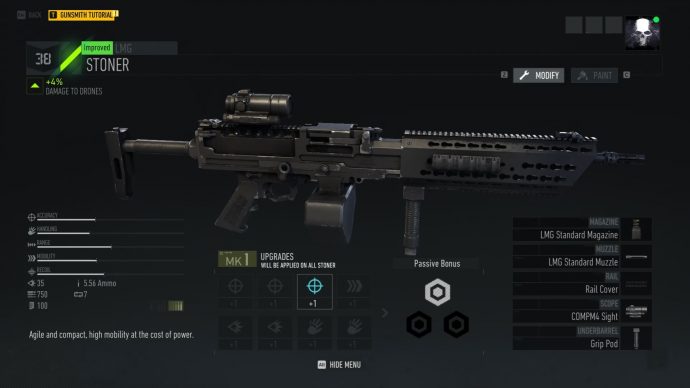 How to equip attachments in Ghost Recon Breakpoint

Once you've found an attachment, you can equip it onto the corresponding weapon type. Head into the loadout menu and hold the G key on your keyboard to edit the weapon. This will bring you into the gunsmith options menu. Here you can select the part on the right-hand side and equip with the attachment you have just found.

The gunsmith menu is also where you can apply bonuses onto weapons, detailed stats on the weapon type, and examine the passive bonuses onto it. It's a wonder why this isn't more heavily advertised, so do check out the gunsmith menu and play around with it as much as you can. All upgrades made are applied to all varieties of that weapon type, so your progress towards mastering that weapon type are saved across a specific weapon type. Here we have a light machine-gun classified as the "Stoner" and popping points into this Stoner weapon makes all Stoner weapons that much better for you. 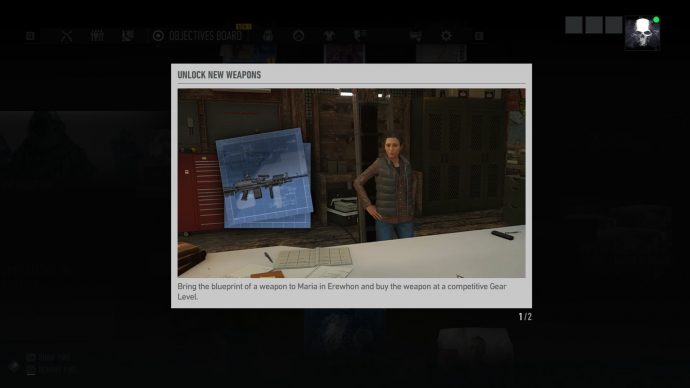 Once you have found a weapon blueprint, you can then bring it back to Erewhon. Speak to Maria Schulz in the shop and give her the blueprint for the item. You'll then be able to buy the weapon based on the blueprint at a competitive Gear Level. You'll also be able to find blueprints for Mk.II and Mk.III weapons later on, so be sure to scavenge as much as you can.

Thanks so much for reading this comprehensive Blueprint locations guide. Want to know more about the game? Here are some links to guides that may help you with getting used to how this game works: