One of the more confusing bits of Ghost Recon Breakpoint is figuring out how to upgrade weapons. To do it, you'll need weapon parts and it's not easy to tell which things you need to salvage in order to get the things you need to upgrade your arsenal. Standard weapon parts do become very hard to come by after reaching a certain gear level and this can be infuriating.

Our Ghost Recon Breakpoint weapon parts guide will go through the steps to getting weapon components like high-end parts and upgrading weapons from Mk.1 to Mk.2 and eventually Mk.3. We also have an answer for where to farm for standard weapon parts at high levels, as well as why some weapons aren't able to be salvaged and how to fix it. 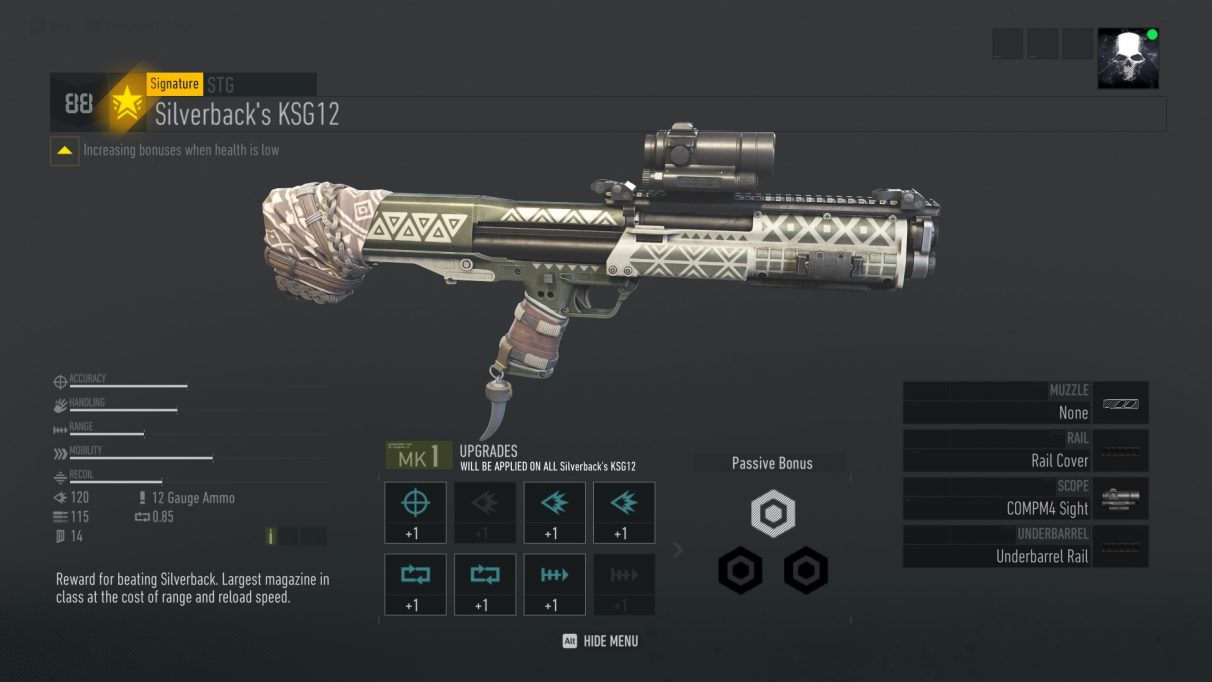 How to get weapon parts in Ghost Recon Breakpoint

Every weapon or gear can be either sold for more cash at the shop or salvaged for weapon parts. What you get depends on the weapons or gear that you deconstruct. To salvage a weapon or gear part, hover over it with the mouse and hold the X button. Here is a list of all the parts you can get by salvaging your stuff:

Note that Signature Weapons, despite being yellow in colour, do not give any parts other than the weapon type part and standard metal parts. 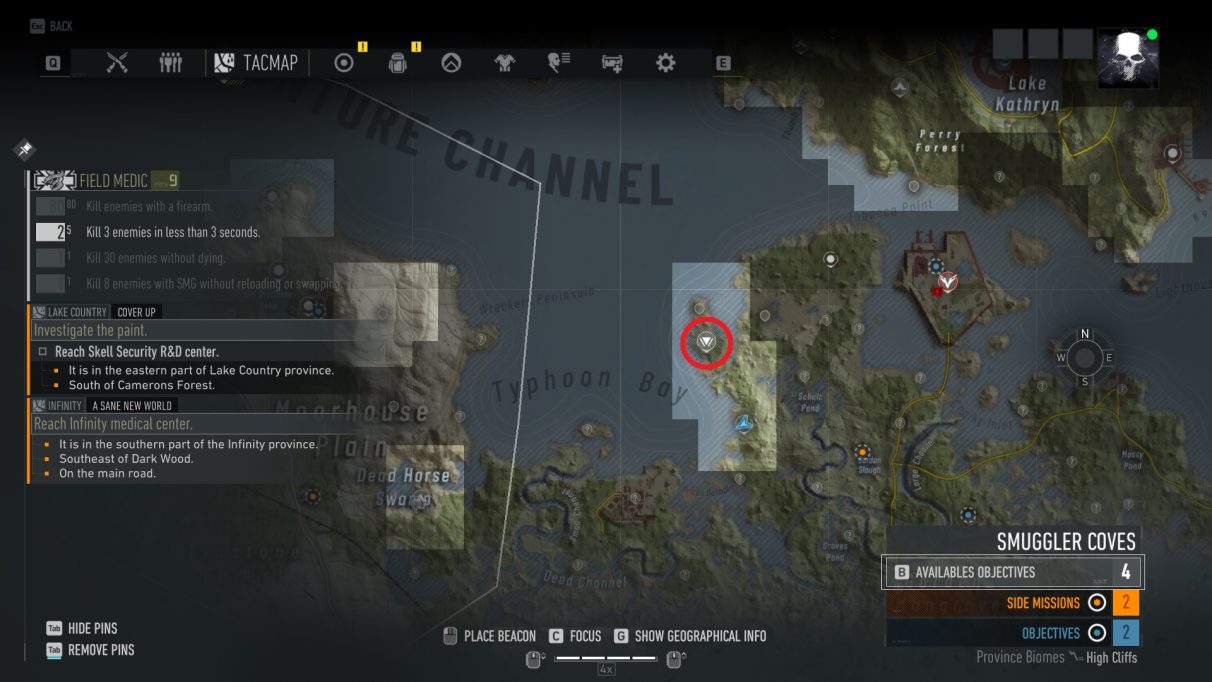 At some point, you will find that basic weapons to salvage for upgrading your weapons disappear entirely. This can be aggravating, particularly if you decide on a new weapon you wish to upgrade. There is thankfully a workaround for this.

Head to the Sinking Country and look for the Aamon Assault Area in the peninsula in Sinking Country close to the Typhoon Bay bivouac. There are two drones here at around gear level 100. Provided that your gear level is sufficiently high enough, these two drones shouldn't prove to be much of a problem. The one thing to note however is that there's a wooden shack in the middle that you can use as a sanctuary to kill the drones from if you get overwhelmed.

These drones don't always drop standard weapon parts, but they more often than not do. However, they can also occasionally drop Improved weapon parts, which are also hard to come by at the levels where you're killing drones.

It's a nice little workaround, but there's one more step. The main problem is that the drones don't respawn immediately, not even if you fast travel back to the bivouac. There is however a solution to this. If you log out of the game after killing them and log back in, you should spawn somewhat nearby and the drones should be back for you to kill again.

The only other way to do farm these parts is to have the "Convoy Upgrade" perk and to go looting convoys, but this is far less consistent. 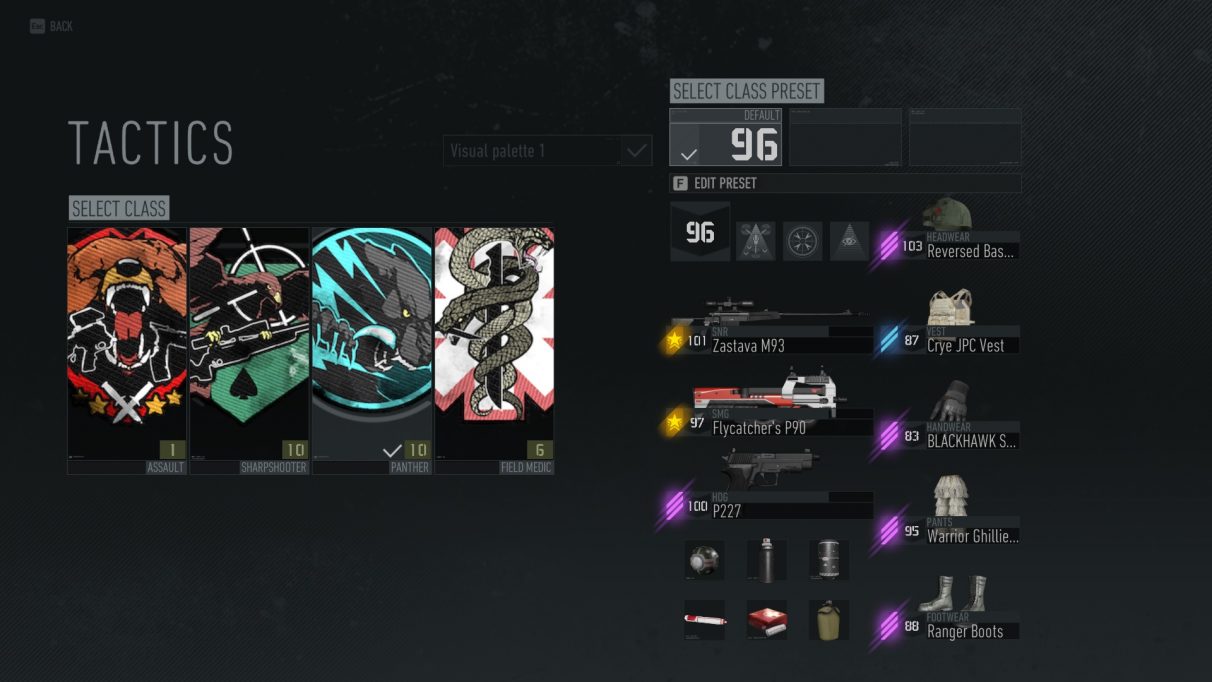 This is one of the more infuriating things about obtaining Ghost Recon Breakpoint weapon parts. When you go to salvage a weapon, it may state that you have it equipped to a preset and that you can't salvage it unless you unequip it. However, when you go to do so, you only have the one preset and it's made up of the weapons you have equipped already and not the ones it's saying it can't unequip.

The answer lies in the bivouac. Head there and look at the Tactics menu. Have a look at each of the classes one by one. You'll notice that the equipment is different and it's based on what you had equipped at the time at which you changed classes. Now that you know and that you've properly head-desked the table upon realising just how stupid this is, go ahead and press the button indicated to change the preset in the Tactics menu to the items you want. You should now be able to salvage the stuff you couldn't beforehand. 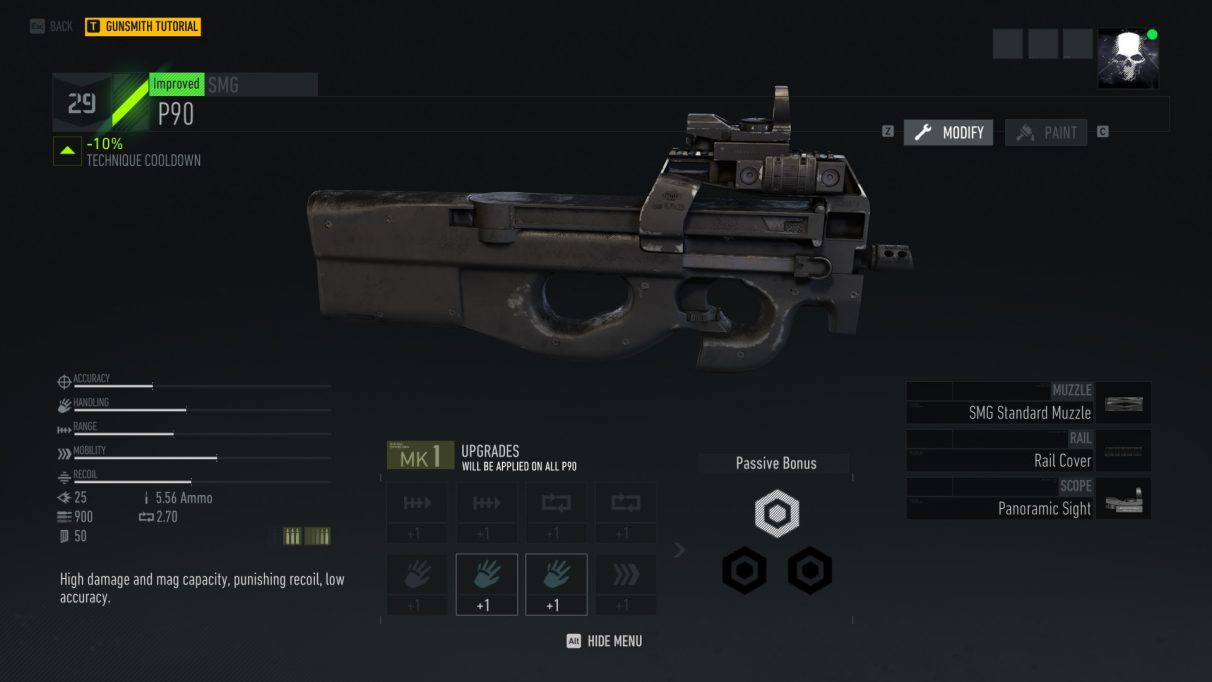 Now that you have some Ghost Recon Breakpoint weapon parts, how do you use them? Well, you'll need to head into the gunsmith, which can be done by pressing G while hoving the mouse over the weapon of choice. All upgrades are tied to every single one of that weapon. For the sake of clarity, we're going to refer to them as "weapon brands". This is to differentiate it from weapon types, which include Sniper Rifles, DMRs, Assault Rifles, etc. The "weapon brand" refers to whether it is an M93 or an M82.