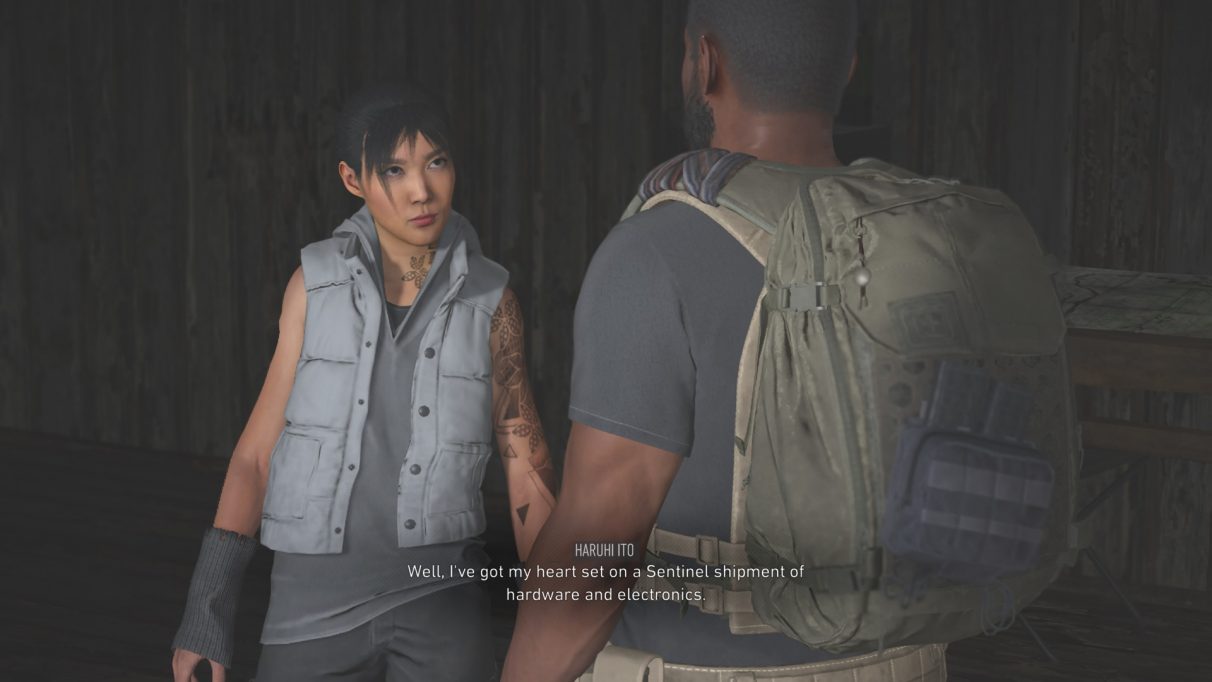 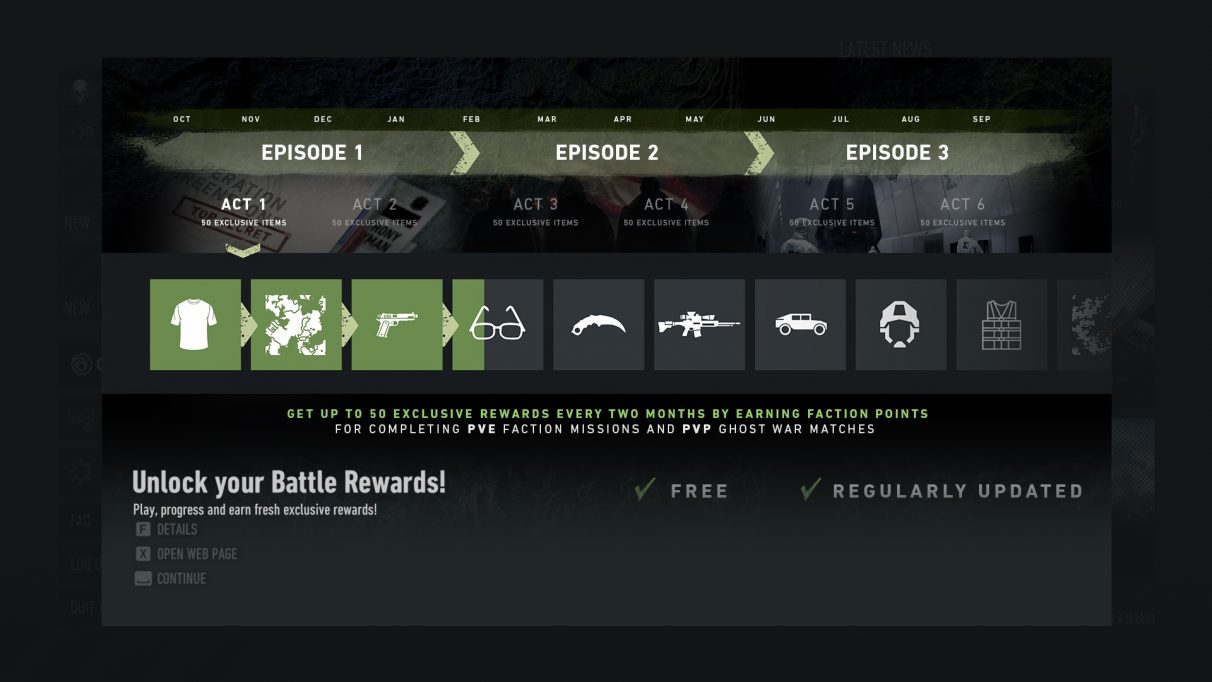 What are Battle Rewards?

For every mission you complete, you'll get Battle Points that act as a way to track your progress through each Battle Tier. For every Battle Tier you achieve, you'll unlock an item that includes things like new blueprints, details on which ones can be found in our Ghost Recon Breakpoint blueprint locations guide, as well costume items and "Battle Supplies". 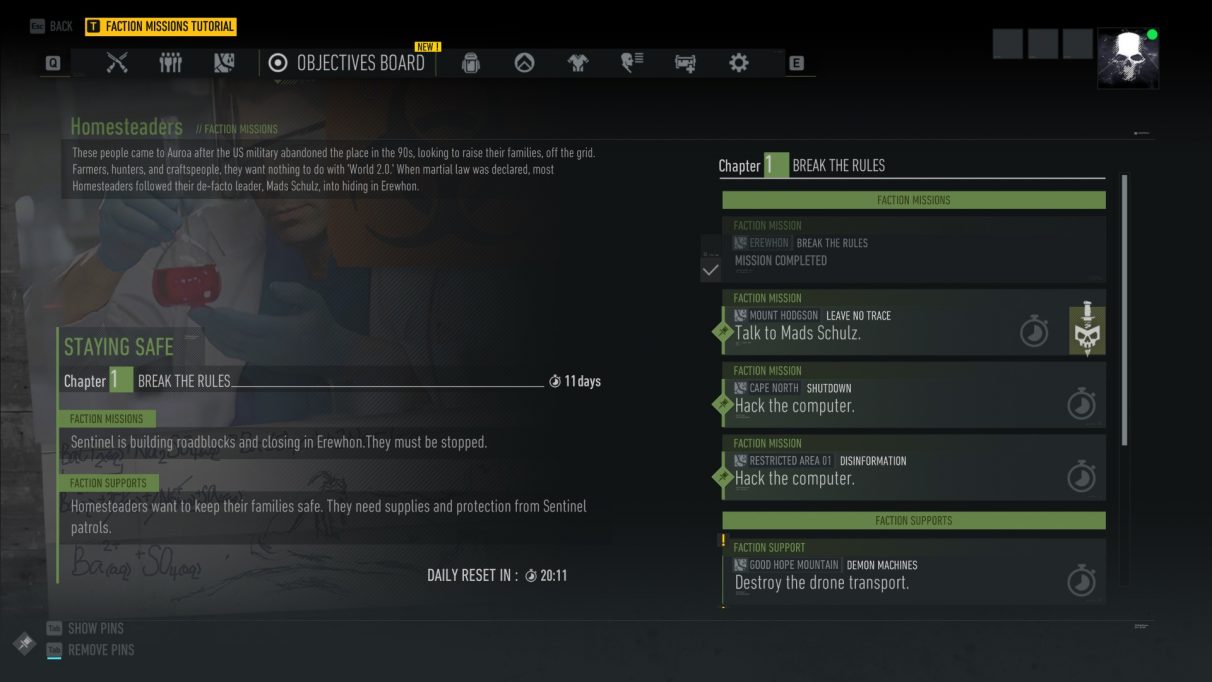 How do I get Battle Points?

Battle Points, or BP for short, are earned by completing either Faction Missions or Faction Support tasks. There is a daily limit of 400BP that you can earn, so you don't have to finish every mission on the list.

It's unclear at this point in time if there is any difference between Faction Missions and Faction Supports, but they tend to be themed around similar themes in the Chapter description. There is a time limit for chapters and missions reset on a daily basis.

If there is a skull with a dagger next to it, the mission you complete are harder than general faction missions, but they shouldn't take more than a few minutes to complete.

As was pointed out in the comments by the user "mareeh", you can also get Battle Points as a reward for playing Ghost War PVP. You'll get anywhere between 25 and 155 BP per match, depending on how good your team is. This does not seem to be capped unlike playing Faction Missions. 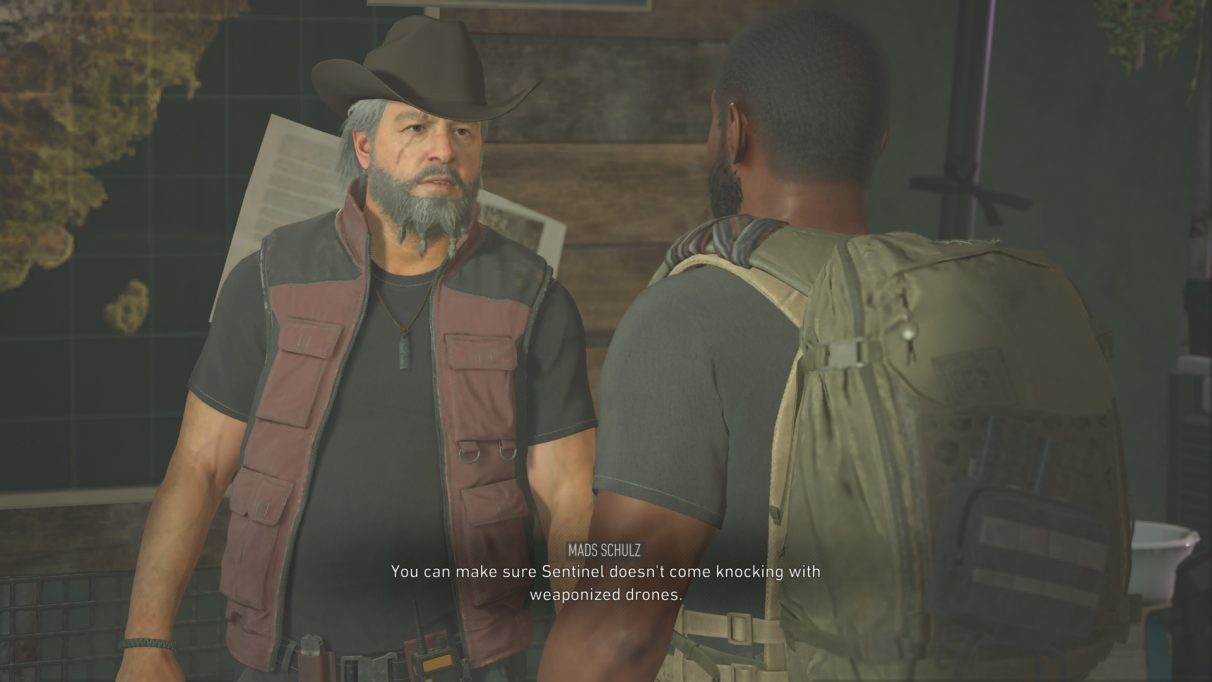 You may have noticed that there are two factions in Ghost Recon Breakpoint. Homesteaders you'll encounter very early on in the game and they just want to survive. Mads Schulz is the main point of contact.

As for the Outcasts, they appear in the main mission to save a scientist from Flycatcher. You'll need to fly back to their base to drop off the scientist so she can recover. Haruhi Ito, your point of contact, is the leader of the Outcasts who are trying to stop Project Deus through questionable means. 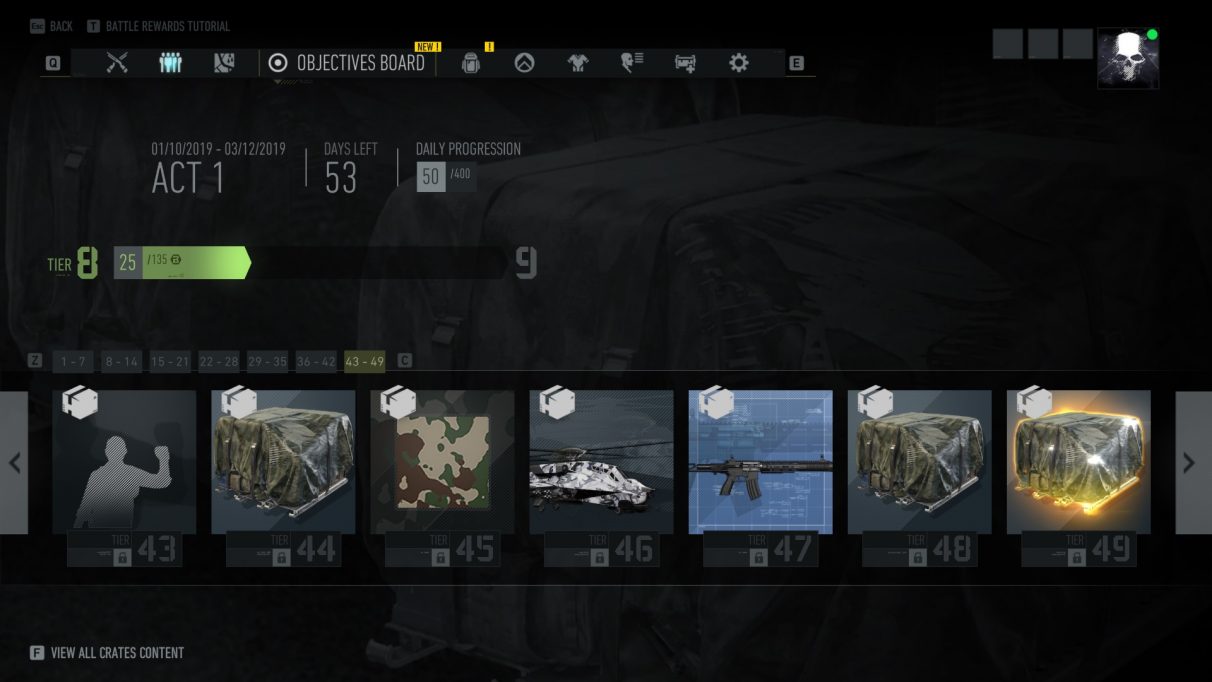 Finally, before we go, here are the faction rewards in numbered list form for quick reference. You have until December 3rd, 2019 to complete the full 49 Battle TiersThe numbers correspond with each of the Battle Tiers: