Square Enix's Marvel's Avengers game was very clearly what the Square Enix conference of this year's E3 was building towards, and our expectations were finally fulfilled with an extended presentation on the upcoming story-driven action adventure title. If you can move yourself to look beyond the uncanny valley faces that makes the entire team look like a group of cosplayers rather than the real deal... Well, there's a fair amount to be excited about here. We'll break it all down in this here Marvel's Avengers game guide, with details on the game's release date, trailers, and story - and anything else we've gleaned so far from the reveal. 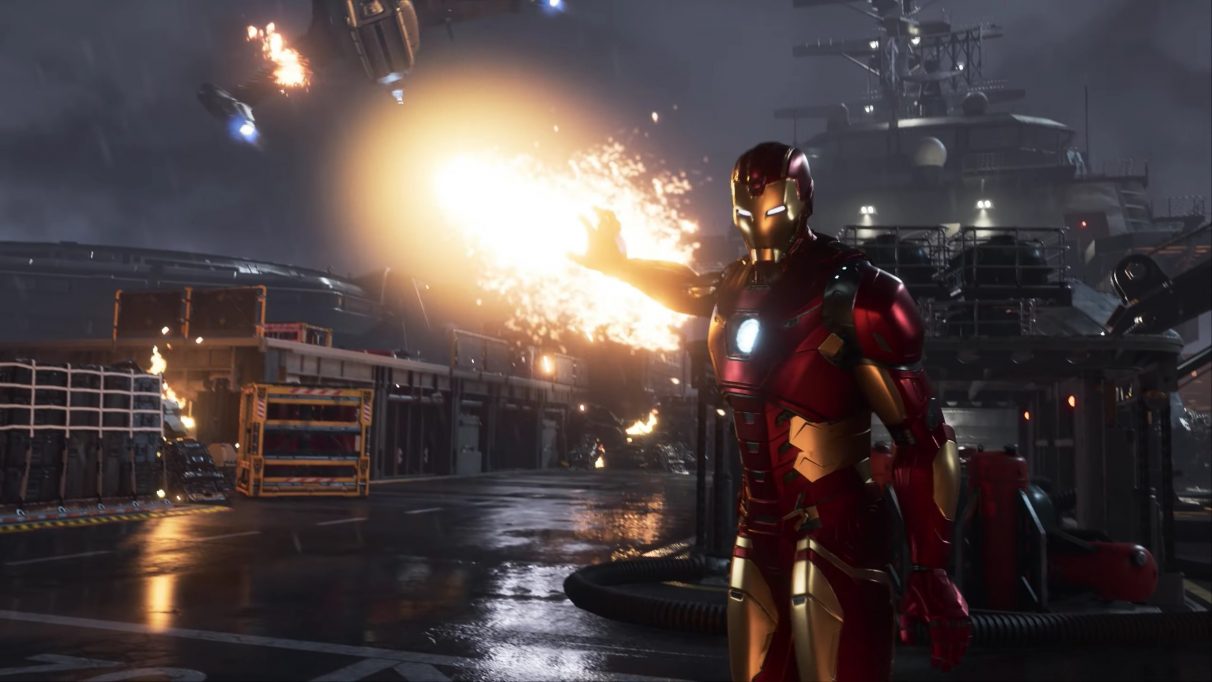 So the question everyone wants answered first with regard to the Avengers game, I'm guessing, is: just when will we be able to play as Iron Guy, Mr United States, The Astonishing Hunk, and the rest of Earth's Mightiest Cosplayers? As with everything else this E3, we're gonna have to wait 'til next year to get our hands on Square Enix's take on Marvel's Avengers , which is slated for release on 15 May 2020. When it arrives, it'll come to PC, Xbox One, PS4, and Stadia - though those on PS4 will enjoy early access to the game's beta.

If you missed the reveal of the Marvel's Avengers game this E3, you can catch up just below. The first video is the official A-Day trailer for Marvel's Avengers, and the second is the full 14-minute E3 presentation (which starts with the aforementioned trailer, so you may want to skip ahead - or just watch it again, like we did). We've also thrown in the original announcement teaser from way back in 2017.

That presentation actually gave us quite a lot more detail regarding the story of the Marvel's Avengers game than we expected. We now know that the game begins with the Avengers celebrating their new west coast headquarters in San Francisco, and revealing to the public their new high-tech helicarrier powered by a "strange, experimental energy source". To the surprise of no one except the Avengers, the celebrations are cut short by an attack apparently led by Taskmaster - an old Marvel villain who we'll talk about more in a moment. The helicarrier is destroyed with Captain America still on-board, and, apparently, killed in the blast.

This "wait, what?" moment was cut rather short in the presentation though, as VP and Creative Director of Marvel Games, Bill Rosemann, goes on to explain that Cap will be a fully playable character along with the other four. And yes, notice I say "four", because Hawkeye is apparently not going to be joining us in this game. Probably couldn't handle the thought of having his face altered like the rest. 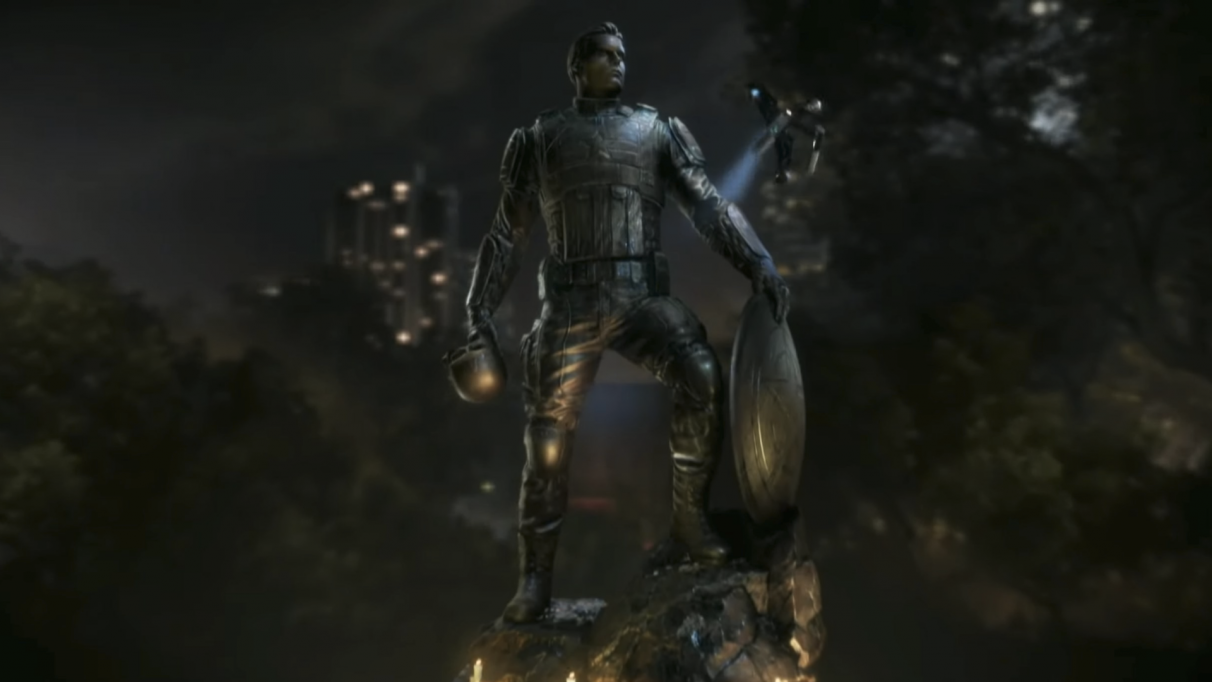 Anyway, the game skips forward 5 years after "A-Day", and in a twist taken straight out of The Incredibles, the Avengers have been blamed, outlawed, and disbanded due to the incident. At least, disbanded until the next "horrific evil" rears its ugly head over the world. And apparently saving the world involves going up into space, too, as we're treated to a glimpse of Tony in full Gemini-esque space armour having a minor tussle with a satellite.

As far as confirmed characters, here's our list so far:

For those who haven't heard of Taskmaster, in the comics he was an enemy of the Avengers with the superhuman ability to absorb knowledge and replicate it in muscle memory form. So basically, he can watch an expert swordsman or martial artist for a little while and instantly acquire the same level of skill. And after studying each of the Avengers, he has honed his knowledge of their attack patterns and personalities to such an extent that he can predict their next moves. That's right, he can essentially turn any of the Avengers into a Monster Hunter boss battle. He's the masked figure in the trailer who was apparently behind the A-Day attack - though it remains to be seen whether he's the main villain of the game, or a superhuman lackey, the Ebony Maw to the game's Thanos.

Also, if you cast your eyes just below... That looks very much like Abomination, doesn't it? So I think we can safely count him in too - though again, I sincerely doubt he's the main villain.

As for further familiar names and faces (well, maybe just names), we'll have to wait and see. Square Enix has promised that the game will involve regular content updates bringing new characters into the fold after the game is released, so we can expect the all-star cast to grow as time goes on. 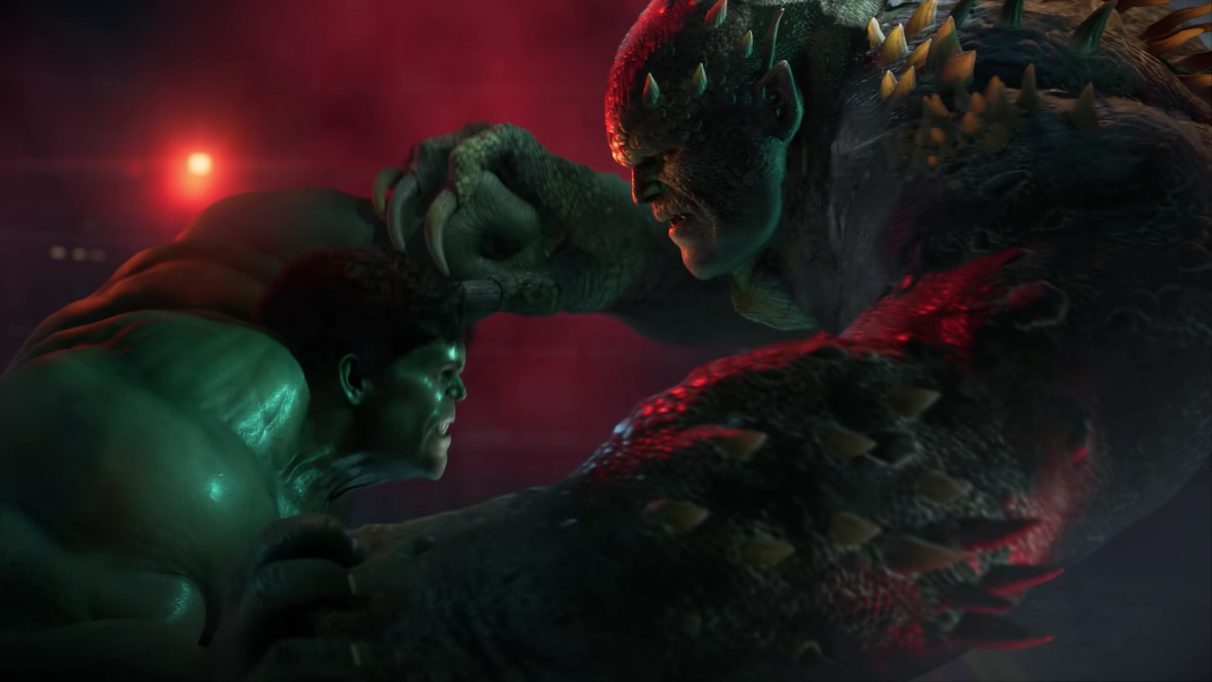 Finally, we know that Marvel's Avengers will be playable in co-op mode with up to four players. According to the details given out by Square Enix so far, the co-op mode will feature unique missions separate from the singleplayer campaign. The press release reads: "Master extraordinary abilities, customize a growing roster of Heroes, assemble into teams of up to four players, and defend the Earth from escalating threats." I don't know about you, but I'm reminded of Mass Effect 3's and Andromeda's approach to multiplayer, where you have various co-op horde mode missions which feed loosely into the larger singleplayer story.

That's regrettably everything we have for now on Square Enix's new take on the beloved Marvel's Avengers, but be sure to check back here for all the latest deets.