Alright, listen. The 2018 Mortal Engines adaptation might've been largely forgettable, but it did a damn fine job of bringing the book series' ridiculous towns-turned-monster-trucks to life. Now, one Planet Coaster architect has crafted their own version of London-Upon-Wheels, wrapping their fantasy amusement park around a multi-tiered truck of a city. It's just a shame there's no way it'll ever move. Unfortunately, Planet Coaster just wasn't built for that.

Brought to my attention by former staff bud Sin Vega (RPS in peace), you can take an extremely thorough tour of SCReconcile's "Traction Park" (available on the Steam Workshop) by way of this 50-minute vid from Planet Coaster 'tubers Channel5.

I'm not sure what my young mind's eye painted when I read Phillip Reeve's young-adult novels back in the day. Hell, it's been long enough that I don't even remember if they were that good. But creator SCReconcile is evidently pulling from designs penned by Scottish concept artist Ian McQue, a personal fave whose clunky machinations have been put to work on The Signal From Tölva, Solo: A Star Wars Story and yeah, 2018's Mortal Engines Adaptation.

What's properly fascinated me is the way rides are almost seamlessly integrated into the build itself. There's a rollercoaster weaving through and above and beneath and around the entire build, but it's almost unnoticeable while strolling the streets. An entire goddamn ferris wheel juts through an alleyway, stairwells wrap around death drops, while a massive pendulum ride acts as the pistons for a cavernous combustion engine chamber. Blink, and you'll miss the go-kart track. 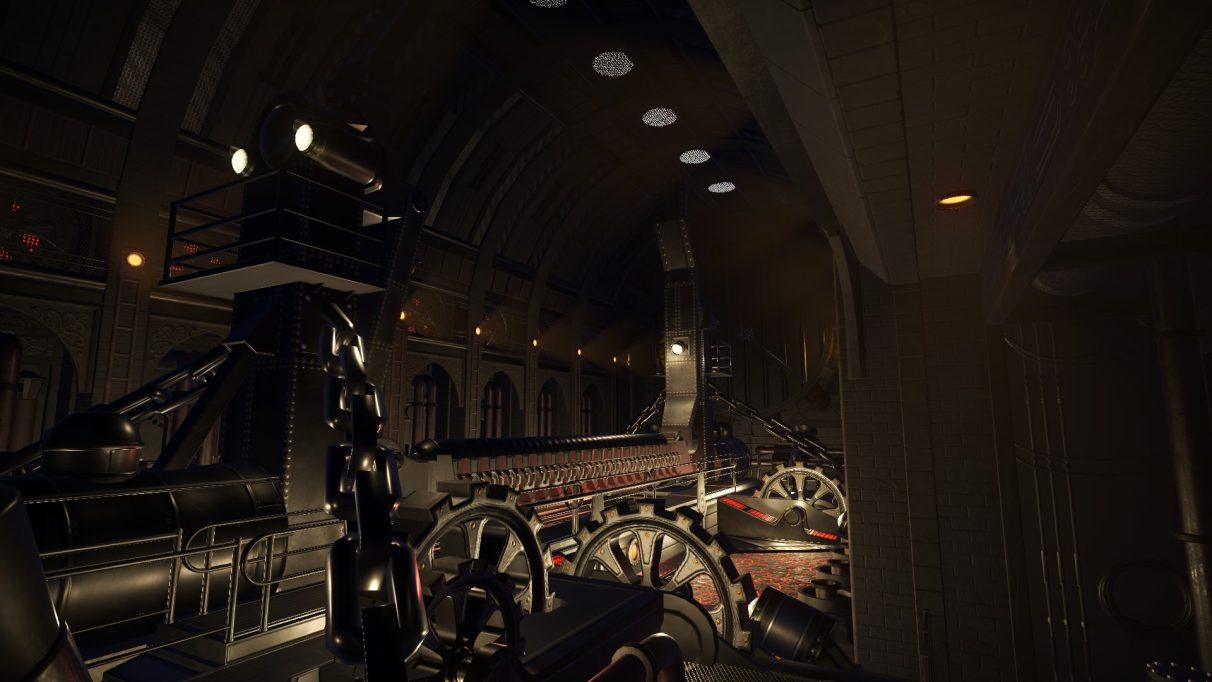 I'll be honest, I also just didn't know Planet Coaster's creation tools were this flexible, and I'm kinda just staggered at the sheer scale of the thing. The labyrinthine guts of streets wind on forever, but most impressive is how the piece comes together to look just like the flick's roaming London - if technically much smaller, and nowhere near as mobile. Your own theme parks are safe for now.

While I couldn't find the exact part, Sin assures me there's even a bit on one of the rides that "lets you drop bodies into a fire and they are definitely prisoners or political rivals". Brutal.

Granted, our tour guides get lost in their attempts to navigate the structure. But they also often seem frustrated in its structure as a city, not a theme part. The park isn't cleanly divided into themed zones as much as they'd like, with many more pedestrian areas starting to bleed together. Frankly, I reckon that's just set up a good use case for an actual city-builder about keeping a hungry hungry hamlet chugging along.