There are many collectables in Ori And The Will Of The Wisps, with one of the more useful ones being Gorlek Ores. Ori can't use them himself, but he can give them to the leader of the Wellspring Glade in order to repair damaged buildings and facilities in the village. To help you with this huge undertaking, we've collated all of the known Gorlek Ore locations in the game.

Gorlek Ores are one of the many types of collectable items hidden throughout the world of Ori And The Will Of The Wisps. They can be given to Grom, the leader of the small colony that remains in the ruins of Wellspring Glades, which is east of the Wellspring. Grom can use the Gorlek Ores to rebuild the village, giving you access to new facilities in that area, as well as making it a far safer place to live in for its inhabitants. Each project has an associated Gorlek Ore cost and we have a list of what we know so far below.

The top tip is to repair the Spirit Well as soon as possible so you have quick access to the village. You'll then be able to deliver Gorlek Ores and redeem some of the side-quests as detailed in our Ori And The Will Of The Wisps quests guide. 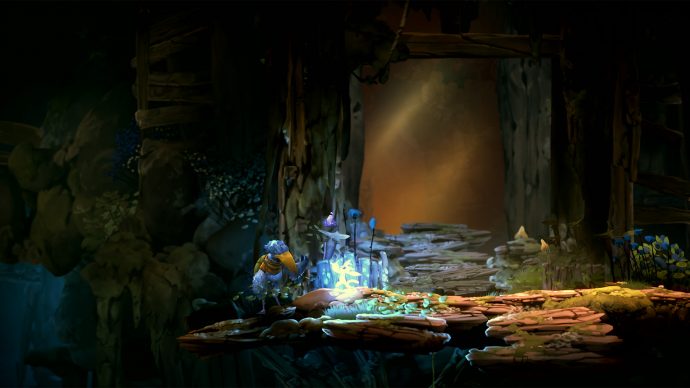 Ori And The Will Of The Wisps Gorlek Ore locations

At the time of writing, it's unclear how many Gorlek Ores there are to find in the game, but we've so far found seven of them to get you started. We've separated them into areas for ease. We'll be adding to the list once we've confirmed every Gorlek Ore's location.

You can also find Gorlek Ores as rewards for completing quests, so we've made it so that if you click the links, it will take you to the specific point in that guide. We're nice like that!

Those are all the currently known Ori And The Will Of The Wisps Gorlek Ore locations, but there are plenty of other collectables to find. We have a bunch of guides readily prepared below that cover all sorts of things, from the locations of life and energy cell fragments, builds for Ori's skills, and tips for boss fight/chase sequence.