When exploring the labyrinthine world of Ori And The Will Of The Wisps, it helps to have maps. Luckily, there is a rather neat lad named Lupo who will sell you complete maps of each area in the game. The only downside to this is that you need to find him in each area and he's well hidden in some cases. 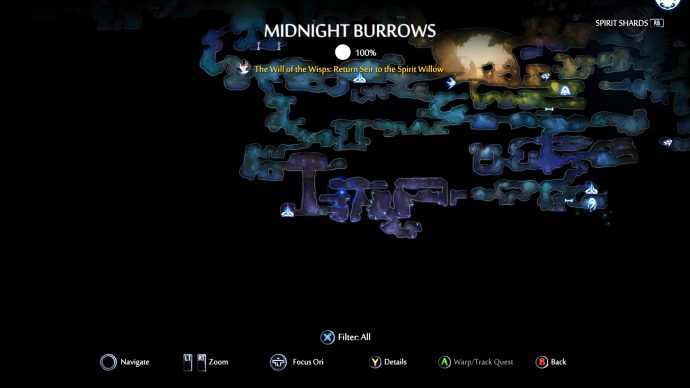 Ori And The Will Of The Wisps map locations

To get all the maps, you'll need to find Lupo in each area of the game and pay him some Spirit Light Orbs. You do reveal part of the map as you wander around each area, but buying maps will fully reveal the entire area. It's therefore worth seeking Lupo out so you know where you're going.

For the maps themselves, the cost is rather nominal, but they will be listed in this guide. There are a total of nine maps to buy and you will need to have amassed a total of 1525 Orbs to get all of them. 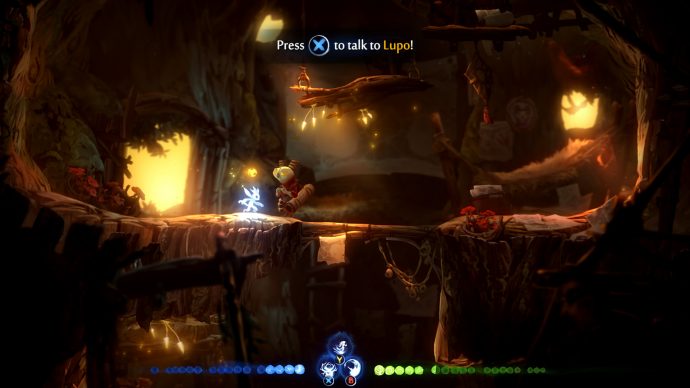 In Wellspring Glades, you can also find Lupo by burrowing into the soft sand to the right of Opher. You'll need the burrow ability from the Windswept Wastes to access this. More on this in our Ori And The Will Of The Wisps Spirit Shard locations guide. You can also swim here after clearing the Watermill level.

Once you've dug through, enter the door to find Lupo who will sell you three different types of collectable maps. Use them along with our aforementioned Shard locations guide, as well as our Ori And The Will Of The Wisps life cell fragment locations and Ori And The Will Of The Wisps energy cell fragment locations respectively to find all of the collectables in the game. The costs for all three of the maps are:

They may be expensive, but I'm sure you'll find them to be very helpful in your quest to get all the stuff in the game.

Those are all the locations for all the maps in Ori And The Will Of The Wisps. We have a bunch of other guides readily prepared below that cover all sorts of things, from the locations of life and energy cell fragments, builds for Ori's skills, and tips for boss fight/chase sequence.