While he had a lot of skills in the first game, Ori And The Will Of The Wisps gives Ori a lot more that are combat focused. There are also a lot of Spirit Shards to be collected by finding combat shrines in the world, which can be used to apply more Skill Shards to modify your existing move set. There's a lot to cover here, so let's get started.

What are Spirit Shard upgrades?

Shard upgrades are used to select extra spirit shard modifiers to give Ori more passive abilities. These do everything from give the Spirit Arc skill multiple projectiles, to swapping maximum health and energy. The more Shard upgrades you get, the more modifiers you can equip.

We will be looking at which skill modifiers are the best ones to combine with the regular skills at a later date, so stay tuned for our Ori And The Will Of The Wisps builds (COMING SOON) guide. So far, we know of 12 of the 18 skill modifiers and while we know that most of them have three levels, we don't currently know all of the effects. 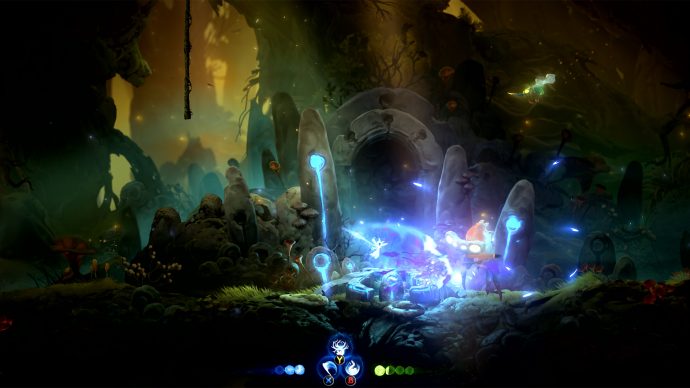 Ori And The Will Of The Wisps combat shrine locations

From some early game footage that we've seen, there could be as many as 31 shards to find. We'll be separating them into areas they are found, just so you can easily tell if you have found all of the shrines for the area you are in. We'll be adding to the list once we've confirmed every combat shrine location. To get the shard upgrade from that shrine, you'll need to defeat all the enemies that appear. For every shrine, we'll list the enemies you need to defeat. 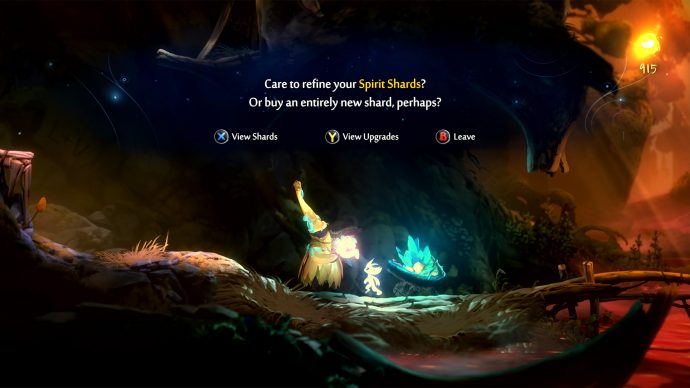 Where do I get Spirit Shards?

Now you have a bunch of Spirit Shard upgrades available to increase the number of Ori's abilities, what on earth do you spend them on? These Spirit Shards can be bought from Twillen and they can either have an effect that upgrades up to three levels, or one base effect. To upgrade these skill shards, you will need to spend more Spirit Light Orbs at the shop. Here are all of the upgrades available in the game:

There are also some Spirit Shards that we know exist, but not all of the details have been revealed about them as we had some technical difficulties while logging the skills. These are the maxed out versions of some of the abilities, which we will update once we know the prices of all the upgrades and the lower levels of these shards.

Where do I find Skills?

As you wander around the world of Ori And The Will Of The Wisps, you'll find trees that give you new abilities. These are skills that you will come across during the adventure and you can't miss them.

There is one optional skill that's very well hidden in a secret area. This very, very good skill permanently increases your attack by 25%. Are you interested? If so, head to the How to solve Midnight Burrows bell puzzles guide to find out how to get in and get this ability.

Upon finding Opher for the first time, you'll be able to buy your first skill for half the Spirit Light Orb cost. Once it is bought, all the other skills increase to their regular price. If you buy a skill, the next skill in that set will be made available to purchase.

With that, those are all the skills and Spirit Shards that we know of so far, but there are plenty of other collectables to find. We have a bunch of guides readily prepared below that cover all sorts of things, from the locations of life and energy cell fragments, builds for Ori's skills, and boss fight/chase sequence strategies.