I'm no history buff, but I know an awful lot of 'em. When I listen to my friends enthuse about what famous generals liked best on their toast, I'm thinking about how my favourite memories of Paradox games have been formed by escaping stuffy old history and pretending to be a Lannister.

Luckily for me, Paradox are building tools that will make it much easier for modders to replace carefully modelled authenticity with fictional gubbins - or just twiddle with historical simulations, whatever floats your trireme. Those tools are part of a new engine what will make everything run better, look nicer and sound snazzier, but will also let people mod games while they're running. To some extent.

“Modders always ask us why we don’t give them the tools we use to make the games, but we don’t have any." So said engine team lead John Wordsworth in an interview over at VentureBeat, where he explained how that's all about to change.

They've named the new engine Antoine-Henri Jomini, after a Napoleonic era general. The old engine, Clausewitz, is still kicking around though - Jomini is being fused to it. While Clausewitz stacks up building blocks that could theoretically be used to make games in other genres, "Jomini is specifically for the top-down, map-based games". You know, the type that Paradox actually make.

Thanks to the lack of tools, previous Paradox games have required designers and modders to dig into code if they wanted to make minor changes. It sounds like a nightmare, and one that Wordsworth and co have got sick of living with: "we’ve got two tools engineers in our team, and we’re recruiting two more. Half of our team is going to be building tools, going forward.”

That's especially good news for anyone who's put off Paradox games because they look like spreadsheets: “Our games are often compared to Excel, so we’ve completely reworked the GUI system. Not only is it flashier, we’ve changed the way you can make new ones. Modders should be able to make super-fancy UIs without editing any code in the game. I think it comes down to that: We want to put as much power as we can into the hands of the people who are making content. They shouldn’t have to ask a coder for help.”

Modders will still need to delve into the code if they want to make big mechanical changes, but adjustments to the map or UI can be done while the game is live. 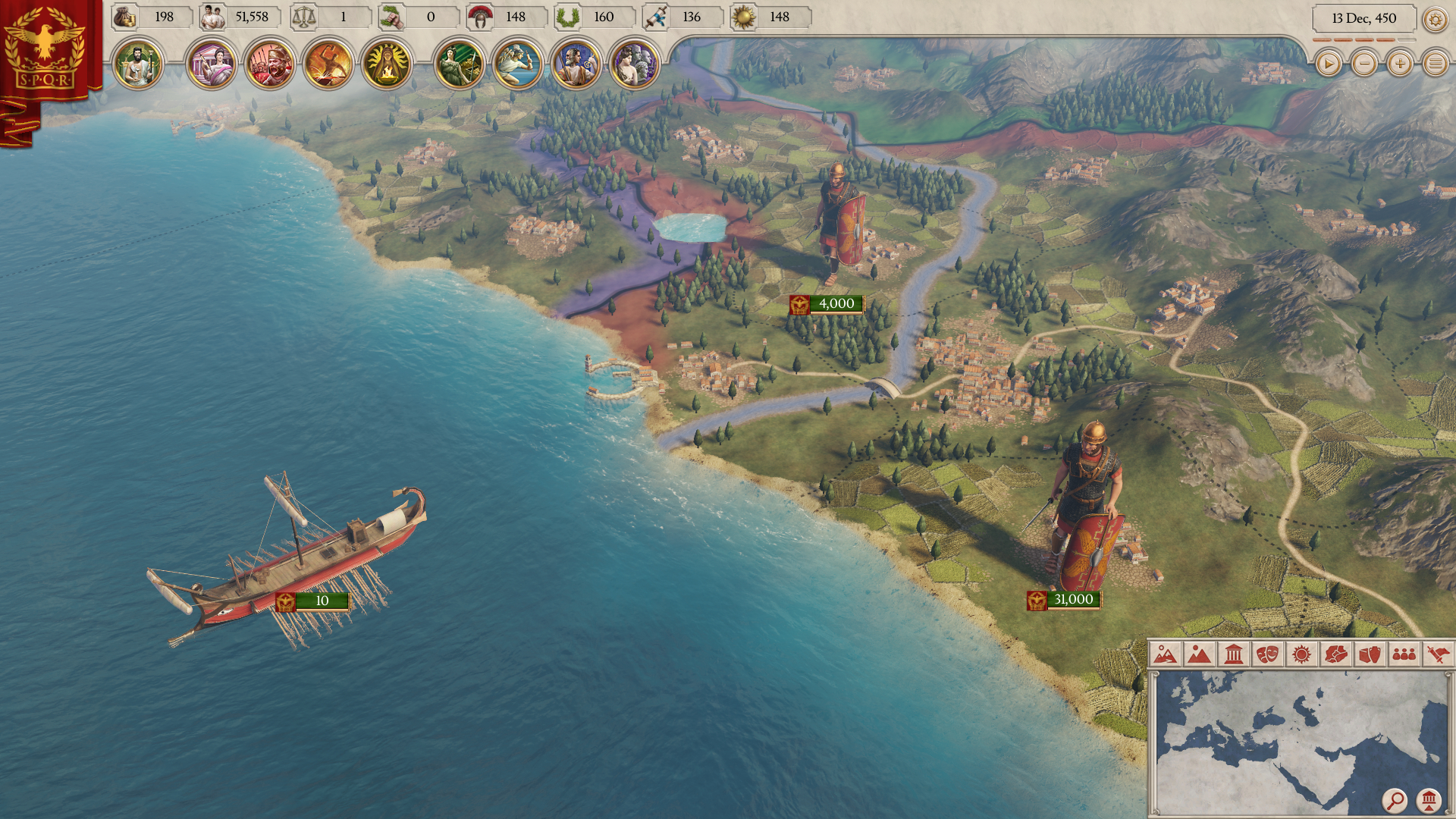 It sounds like Jomini will be a blessing to modders, but Wordsworth is also excited about internal advantages: “Let’s imagine Stephen King or the world’s best 3D artist came to our door, looking for a job on a new game. We’d have to ask them: ‘Can you script? Can you edit text files with curly brackets?’ Now we don’t need to.”

Paradox have also "completely rewritten the graphics rendering system" so that it can handle DirectX 11 features, and swapped their audio kit to Firelight Technologies’ FMOD tool. That gives their audio engineers "live audio editing features where it’s basically like an audio suite".

Wordsworth reckons the update should help their games run more smoothly, too, helping the thousands of AIs that can populate a map get a handle on the daunting number of decisions they can make.

Do bear in mind this is only for upcoming Paradox games, like that there Imperator: Rome wot Fraser Brown likes the look of.

Smoother running is what you'd hope for in a new engine, really. The main takeaway is that Paradox are building better tools, and they're happy to share them: who knows what other wonders we'll see imperated after Imperator: Rome comes out early next year.