This week we're being vaguely topical! Imagine that. Today, because we've come through what we might call phase one of the not-E3 livestreams (with phase 2 starting this weekend with the EA stream and the Steam Game Festival) we decided to behave like proper games journalists. We pick out some favourites and standouts from the Guerrilla Collective streams and the PC Gaming show - links to the complete roundups of every trailer and announcement can be found at the bottom of the post.

We actually manage to talk quite sensibly about a lot of things! Nate is excited for Dwarfheim, Weird West and Baldur's Gate III, Matthew mentions Persona 4 Golden and the Mafia remaster, and I talk about Among Trees, No Place For Bravery and, obviously, get a Bloodlines 2 mention in.

This does not mean that the podcast is without tangents. For some reason this week Nate decided to be Gimli, son of Gloin, which meant we derailed before we left the station and started with a discussion about the Lord Of The Rings films and the prosthetics used on The Hobbit. Also, because the live sound board was such a hit with the lads last time, I loaded up a bunch of farm animal noises and sound effects. Don't hit your head on the sad trombone on the way out.

There isn't a Big Question this week because I forgot to Tweet it out, but you can email us with questions, suggestions and (nice) feedback at podcast@rockpapershotgun.com 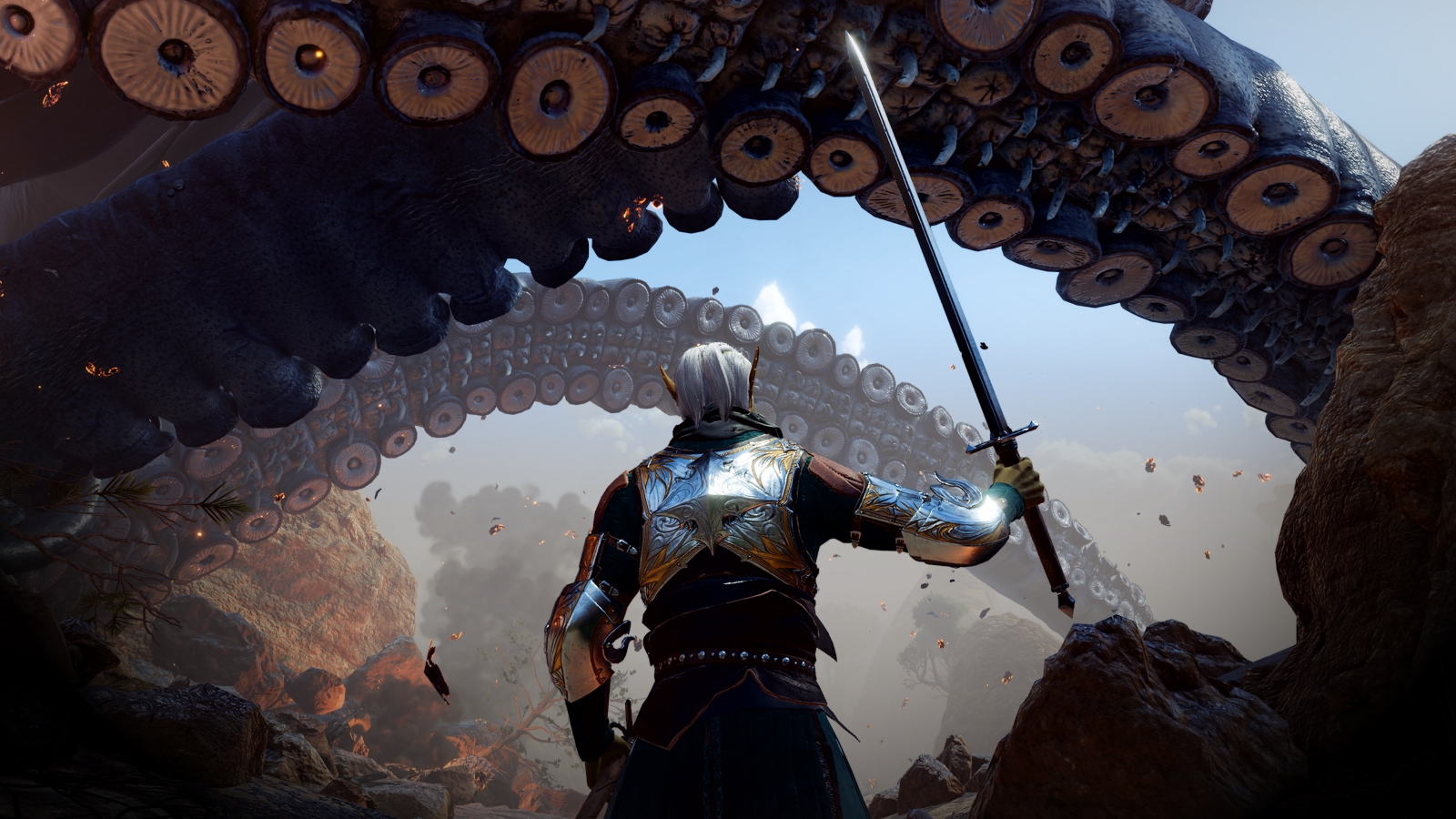 Music is by Jack de Quidt (who did not do the stupid sound effects I used throughout).

Matthew and Nate get excited about the Baldur's Gate III early access. Here's a BG3 preview from when Matthew and I saw a really long hands off demo in February.

We got a new trailer for The Eternal Cylinder. Here's a preview from Gamescom from a while back.

Matthew is pleased to see Persona 4 Golden on PC. Here's a wee video about it, and here's a more techy analysis of the port by Hardware Kween Katharine Castle (some relation).

I freaked out at Among Trees coming to early access.

Nate was intrigued by the purpleness of Weird West.

Matthew is also excited for the Mafia remakester, and mentioned the infamous bit with the car race.

Nate got a hands in hands on with Surgeon Simulator 2.

I also like the MonHun-like stylings of Almighty: Kill Your Gods.

I also mentioned the Paradox Insider, where we saw confirmation that Damsel will be returning for Bloodlines 2.

Our Five Night's At Freddy's book club is postponed until we've all managed to wade through our assigned novels.

This week, Matthew recommends Death Notice by Zhou Haohui, a mystery novel not to be confused with Death Note, Nate recommends series 2 of vampire sitcom What We Do In The Shadows, and Alice recommends The Five: The Untold Lives of the Women Killed by Jack the Ripper by Hallie Rubenhold, a book not about Jack the Ripper that really annoyed "ripperologists".

Here's a link to our lovely Discord and our equally lovely (but more mercenary) merch store, which is in fact on Teespring despite my confused notion that it isn't.