Sigma, Overwatch's new floaty man, is now live on the test servers. He's a tank who uses gravity magic to chuck quantum pebbles at people, an energy vortex to transform incoming fire into shield juice, and a highly mobile barrier to protect himself and his team. He's also a thematically boring mad scientist, but let's not hold that against him. His ultimate is great fun.

Don't get me wrong, the rest of his kit is grand too. Those pebbles fire slowly, but do tasty chunks of splash damage. The rock has the same appeal, but more so: a slow-firing ability that punishes you for missing, but rewards accuracy with kills. At the moment it's also super easy to replace the barrier, meaning you can normally plop one between you and whoever you're fighting - presuming you're playing as selfishly as I do.

That ultimate, though, is a thing of beauty. It lets you fly into the air and aim a big gravo-circle at the floor. Any enemy that can't wriggle out in time is sent hurtling into the air, where they hover for a few seconds before being slammed into the ground for massive damage. You're vulnerable too, though: you big dumb idiot, floating about in the sky.

It's a shame the fun is punctured by his backstory. The science done drove him mad, he wound up in an insane asylum, then got broken out and recruited by Talon (Overwatch's terrorists). 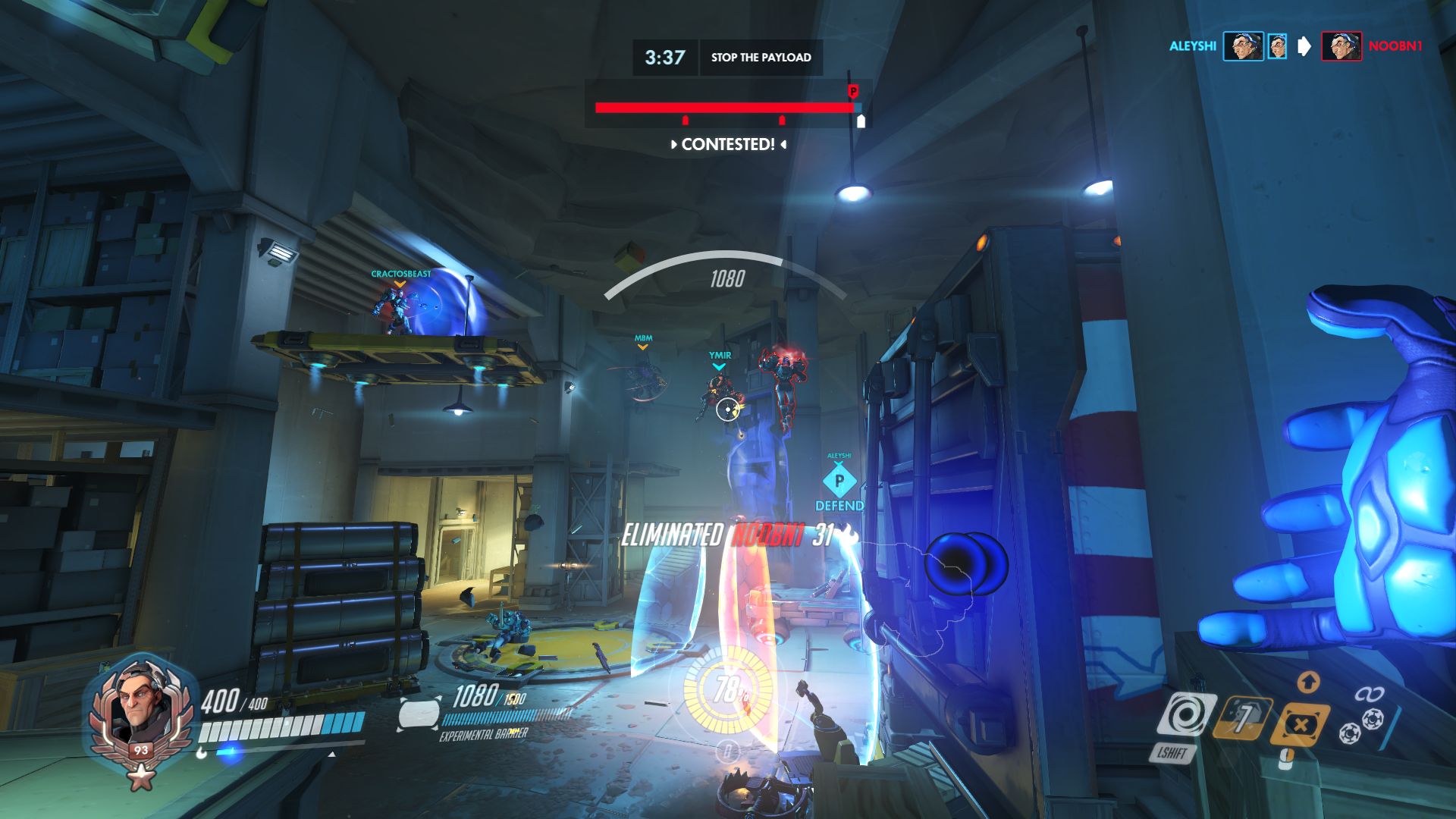 Mad scientists are an overused trope. We know Blizzard, the inventors of a mechanical mastermind hamster who pilots a wrecking ball mech-suit, can do better. Like I said, though, I'm not particularly interested in holding a lack of originality against Sigma. Overwatch also has a run-of-the-mill-cowboy and a cliched femme fatale, but neither of those explicitly revolve around profoundly awful shit that actual people have gone through.

The issue isn't to do with a game drawing on real-world suffering. It's the way it draws on suffering that society - hell, suffering that I - have needlessly contributed to.

I didn't used to 'get' the problems that surround using asylums as cheap story dressing. This quote from Sigma's concept artist neatly illustrates where I was going wrong:

"We decided to keep the feet bare to sell the 'asylum' look a bit more; in many institutions, patients are not allowed to have shoes because they might cause harm with the laces. While Sigma isn't necessarily in danger of that, we felt that having no shoes helped draw that connection."

Riffing off asylums in the name of quirky villainry isn't a great look, especially when you start deliberately referencing measures supposedly taken to stop patients causing harm to themselves or others. Bare feet in this context does, admittedly, make me think of asylums: the Victorian ones you see in horror B movies. Real psychiatric wards give you socks.

Mental illness still carries stigma, and every mishandled depiction contributes to that.

Sigma's patch notes are here. Previous heroes have milled around the test servers for about three weeks before making it to the game proper.