Black Friday is done and dusted, yet still the smell of deals linger… That’s because it’s now Cyber Monday, part two to this back-to-back week of deals galore! Read on below and you’ll find dozens of discounts available on some of our favourite mice and keyboards. If you’ve already been here albeit before Cyber Monday, then there’s a good chance more have been added.

We've scoured for the best peripheral deals across both UK and US retailers, so click the links on the right there to jump to the sections you're most interested in. We're also amending prices and adding new deals, so feel free to check back later.

Of course, it's not just gaming mice and keyboards that are on sale over Cyber Monday. Stay tuned to our main Cyber Monday deals hub, where you'll find the best offers on loads of PC hardware. We're maintaining a set of more product-specific guides too:

Alternatively, if you're after a proper bargain-tastic budget gaming mouse, look no further than the Logitech G203 Lightsync. Our current budget recommendation in our best gaming mouse rankings, this simple mouse is impeccably made for its price, and still has a smattering of RGB lighting for added flare. At just £15, it's a great buy – especially as the price has dropped further since last year's Black Friday sales.

An oldie, but a goodie, Logitech's wireless G903 Lightspeed is another excellent gaming mouse. It's ambidextrous, for starters, making it a great pick for left-handed folk, and its 140-hour battery life (or 180 hours if you turn off the RGB lighting) will keep you going for absolutely ages.

The latest version of Razer's classic gaming mouse, the Deathadder V2 is another top-notch Cyber Monday bargain. Currys has had it at £40 for a few days, but Amazon has swooped in with an even better deal.

This is an excellent step up from the Deathadder V2 if you want something more advanced and customisable. The Basilisk V2 has plenty of configurable buttons without overstuffing itself, and although there's a newer Basilisk V3 available, the V2 is just as good for general gaming - while costing about half as much.

The Sensei Ten is a another good choice for left handed players. An updated version of the SteelSeries classic Sensie, this has some new features over the original, like tilt tracking and onboard profiles. As expected, it's dropped from an initially ho-hum sale price to a full 50% off now that it's Cyber Monday.

The SteelSeries Rival 600 is another slightly pricier mouse, but this is a nice discount off the regular top-end price, and it has an attractive USP. Aside from performing well as a day-to-day mouse, the Rival 600 comes with eight 4g weights that you can slot into the sides of the mouse, letting you configure the weight and balance exactly how you like. One for the customisers out there. 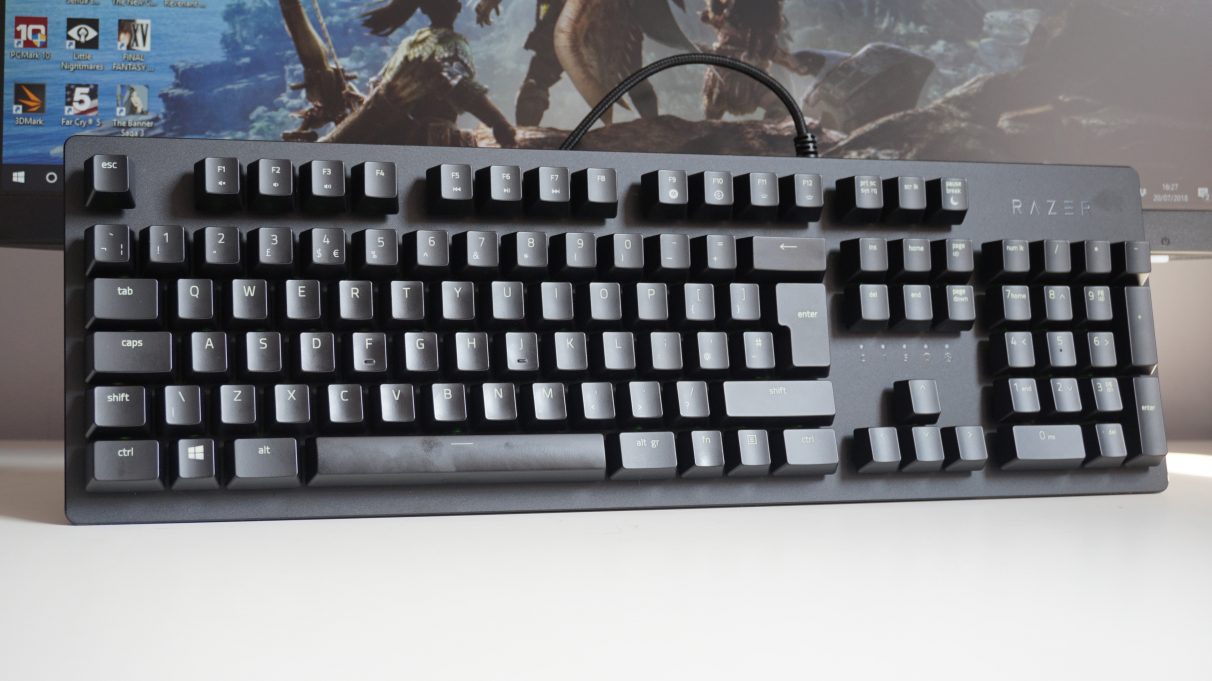 Another all-time low price, the Ornata Chroma's mecha-membrane switches combines the clicky, mechanical feel of a high-end gaming keyboard with a quieter keystrokes of a membrane model. They're a great half-way house if you're not sure about going full clack with a proper mechanical keyboard, and this one also gets you a comfy wrist rest, too. Worth noting this was £71 in last year's Black Friday sale!

We're big fans of Razer's hybrid optical-mechanical switches: they have the satisfying feel of mech switches, but because they use light sensors for actuation, they're even faster. The Huntsman Tournament Edition puts this tech into a nicely-formed, compact tenkeyless design.

In her review of the Sneak65, Katharine called the Streak 65 "a beautifully made 65% gaming keyboard that offers the best of both worlds", and it's our best compact keyboard for 2021, too. If you favour tenkeyless keyboards, this is a top pick. This is a new low price for it, too!

The Roccat Pyro is our pick for the best cheap mechanical gaming keyboard, and it's even more affordable now at under £60 - the cheapest we've seen it. It's a great deal for anyone who wants a comfortable mechanical board, but doesn't have a huge budget. It even has fully customisable RGB lighting. 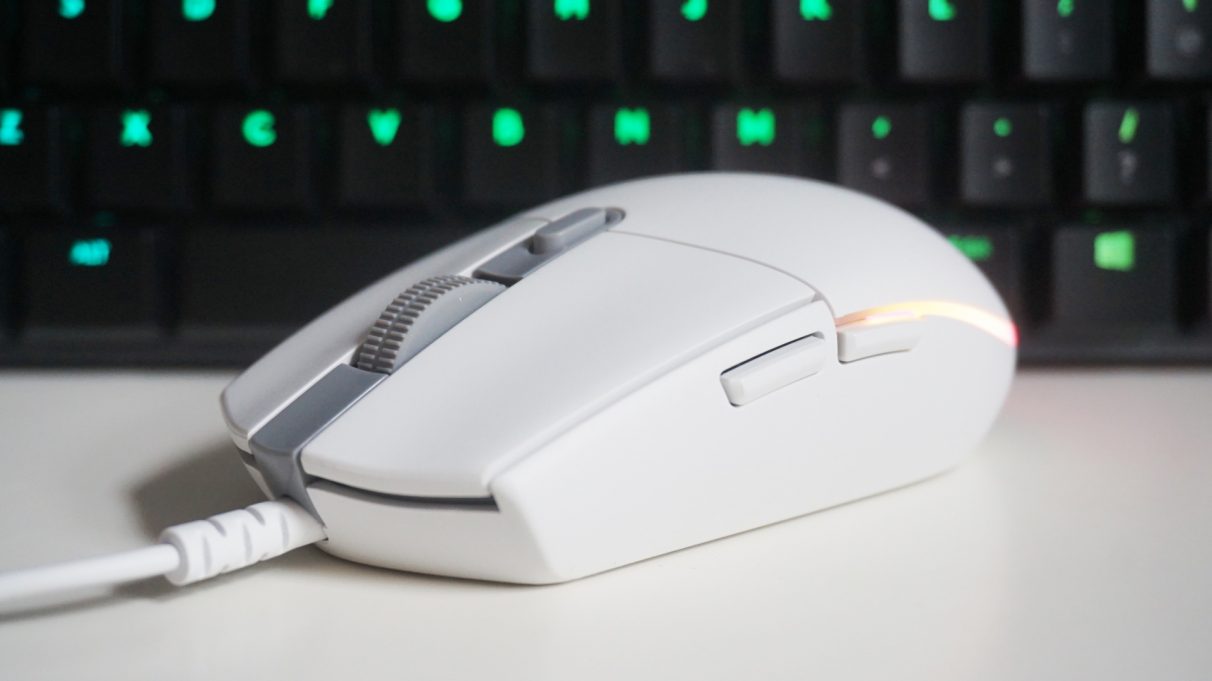 Granted, even $40 isn't a blockbuster deal for the Deathadder V2 - it's been this cheap before on Amazon - but that's a good price nonetheless, considering the quality of this crowd-pleasing rodent.

The Razer Mamba is a sleek, good performance wireless mouse. This one may not be packaged with the Firefly Hyperflux auto-charging mouse mat, but it means you're getting a decent wireless mouse at a decent price.

Our favourite membrane keyboard has been discounted yet again for Black Friday week. The neat thing about this particular model is that while it lacks mechanical switches, the Cynosa Chroma manages to avoid to mushy feel that's typical of other membrane designs, producing a more satisfying key-tap.

The HyperX Alloy Core is also one of the better membrane keyboards, especially if you want dedicated media keys. It isn't quite as mechanical-feeling as the Cynosa Chroma above, but it's still a fine budget buy.

The tenkeyless version of Logitech's G915 Lightspeed Wireless is also on sale at the moment, with a $50 discount on the excellent Tactile switch edition.

The rainbow flavoured Huntsman Mini is on sale for $40 off, making it a good price to pick up wth pocket-sized keyboard. At 60% size it laks arrow keys and a number pad, but it makes up for it with the PBT keycaps and adjustable levels.

The full version of previously mentioned Logitech G915 TKL, the Lightspeed is "comfortably the best wireless gaming keyboard" our resident reviewer has tried - which should tell you everything you need to know.

Another stand-out offering from Logitech is the G413 - a backlit, mechanical keyboard that is equipped with function keys, number pad and arrow keys. The swish full-size board will compliment any gaming set up and provide a sturdy experience.

When will the Black Friday keyboard and mouse deals start?

Black Friday has come earlier this season, as it does each consecutive year, and many deals are already live and kicking. Day by day there are more deals popping up, which carry through to Cyber Monday as well. Any retailer is already shouting their available savings from the rooftops, so our list will help sort out which ones are worthwhile.

Which retailers will have the best Cyber Monday deals?

Keep an eye on these retailers to be the first to grab a killer dealer on a gaming keyboard and mouse this Black Friday.

How to get the best keyboard and mouse Cyber Monday deals?

When you're buying a new keyboard, there are a number of things to consider. First, you need to decide whether you want a mechanical one or a membrane one. Membrane keyboards are usually a lot cheaper than their mechanical counterparts because they’re made from less expensive materials, but this in turn makes them more prone to breaking and are generally a bit of a pain to fix. Given their low price, the solution is just to buy a new one. Mechanical keyboards, on the other hand, are generally a lot more expensive, but they're also more durable and easier to repair.

In terms of where to get the best deals this year, it looks like there’s a lot of choice; Razer is always a solid name to purchase, and Amazon has a wide range of deals listed.

As for mice, there are lots of things that make a great mouse. Comfort is high on the list, but flexibility is another key consideration, such as whether that's a wide sensitivity or DPI (dots per inch) range, or multiple, configurable buttons. However, a mouse that has a DPI range up in the 10,000s doesn't mean it's necessarily better than one with a maximum of 7200. The same goes for buttons. Instead, it's all about how you can make the most of what the mouse has to offer.

This years Black Friday deals have some worthwhile savings that should be taken advantage of – Logitech mice are still at the top range of the budget, but have significant reductions, along with classic Razer branded mice also popping up at nearly half price.