The original Tobi-Kadachi was one of the first monsters you faced in Monster Hunter World, but Iceborne has the Viper Tobi-Kadachi. It differs from its purely lightning cousin in its more reptilian appearance. It can also inflict one of three different status ailments that can easily put you in a vulnerable position. 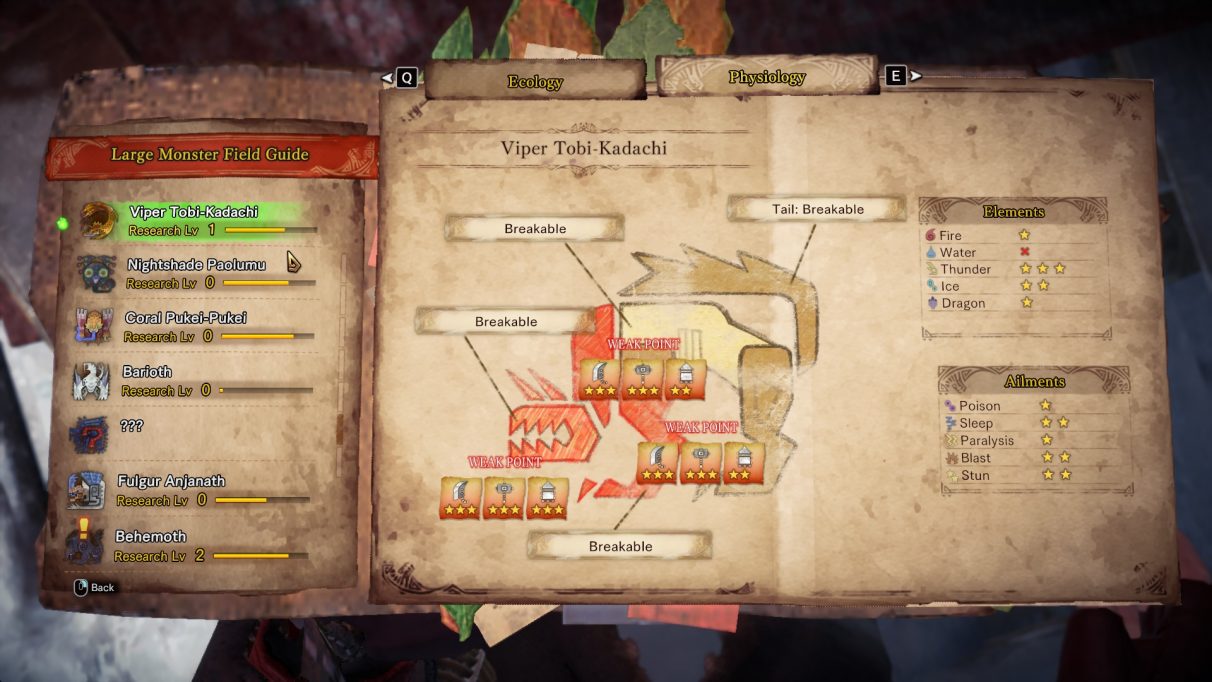 Lots of different parts of the Viper Tobi-Kadachi are breakable, but you won't be able to sever that tail. This is a shame as the majority of attacks that you need to worry about come from said tail. Stick to the front of the beast where possible. Melee weapons are better at dealing damage to Tobi-Kadachi than the ranged weapons, but they do some with significant risk of being affected by a status ailment.

Speaking of ailments, you do not want to bring any weapons with status ailments as they will not last long enough for you to properly use them. While it is possible to capture Tobi-Kadachi with the shock trap/tranquiliser bomb combination, the stun window is very short. Most elements don't do much against the Viper Tobi-Kadachi. However, in a twist of irony since it uses paralysis and its cousin has electric attacks, it is weak to Thunder. Ice can also do in a pinch, but Thunder is the main element you'll want to use against it. 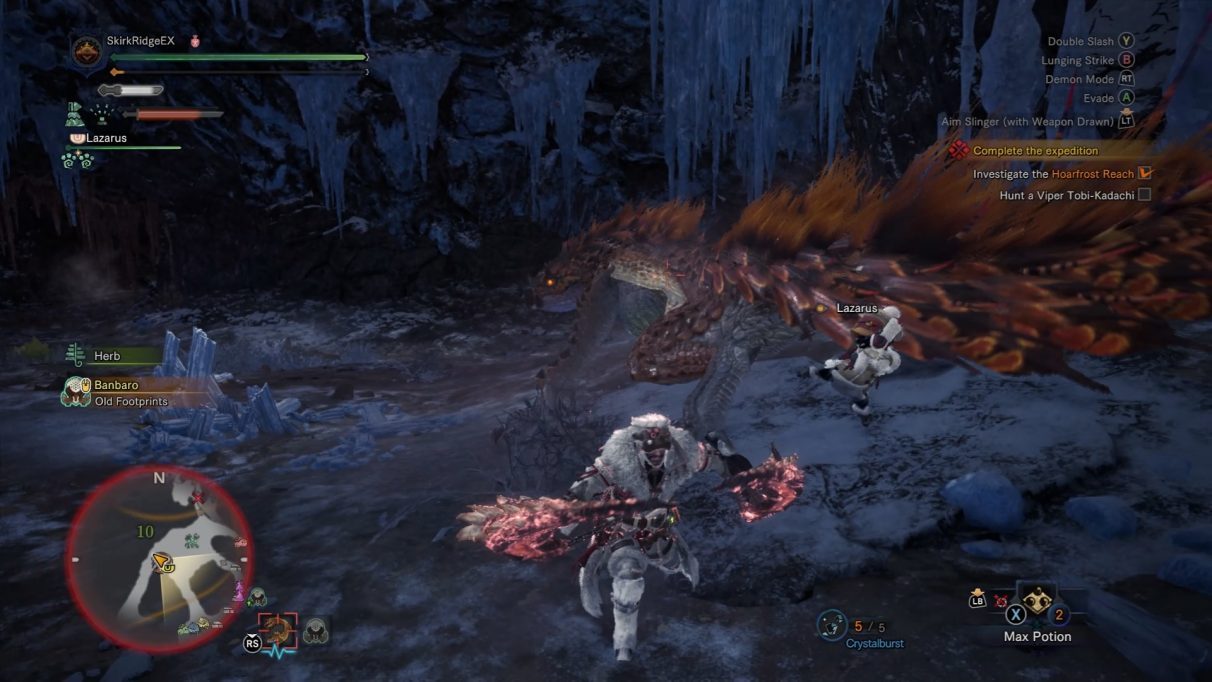 How to hunt Viper Tobi-Kadachi

Stamina management is the key to winning the fight against the Viper Tobi-Kadachi. You'll need to ensure that you aren't caught by any of its attacks as the fight can quickly go downhill after gaining a status ailment. It can inflict a fast-acting poison, paralysis, and bleed with its attacks, though never all at the same time.

It's worth noting that being hit twice by its many poison attacks will intensify the effects, reducing health quickly. Having a deadly poison effect at low health is essentially a lost life, since the venom will sap remaining health away before you can drink an antidote. If you want to avoid poison altogether, consider bringing Poison Resistance decorations to reach level 3, as this will negate its poison attacks.

How to avoid Viper Tobi-Kadachi's attacks

Viper Tobi-Kadachi will nearly always attack first by swiping its tail, releasing quills filled with venom. Viper Tobi-Kadachi has multiple airborne attacks and the safest way to avoid both is just to run away from it, diving to the ground at the last possible moment. It's just easier to back off as the tail slam can inflict poison.

If it ever bears its fangs and drools, it's going to try and lunge, biting you along the way. If you are caught by this bite, you'll be paralysed and set up for a free hit, so make sure you dodge to the side it is not looking at before it bites. It'll bite twice, so be ready for the followup attack. If it raising its claws, it's going to try and swipe you. This inflicts bleed, so to get rid of the bleed, back off from the fight, put your weapon away, and crouch. It's a little harder to dodge than the bite, but it's still possible to get out of the way. 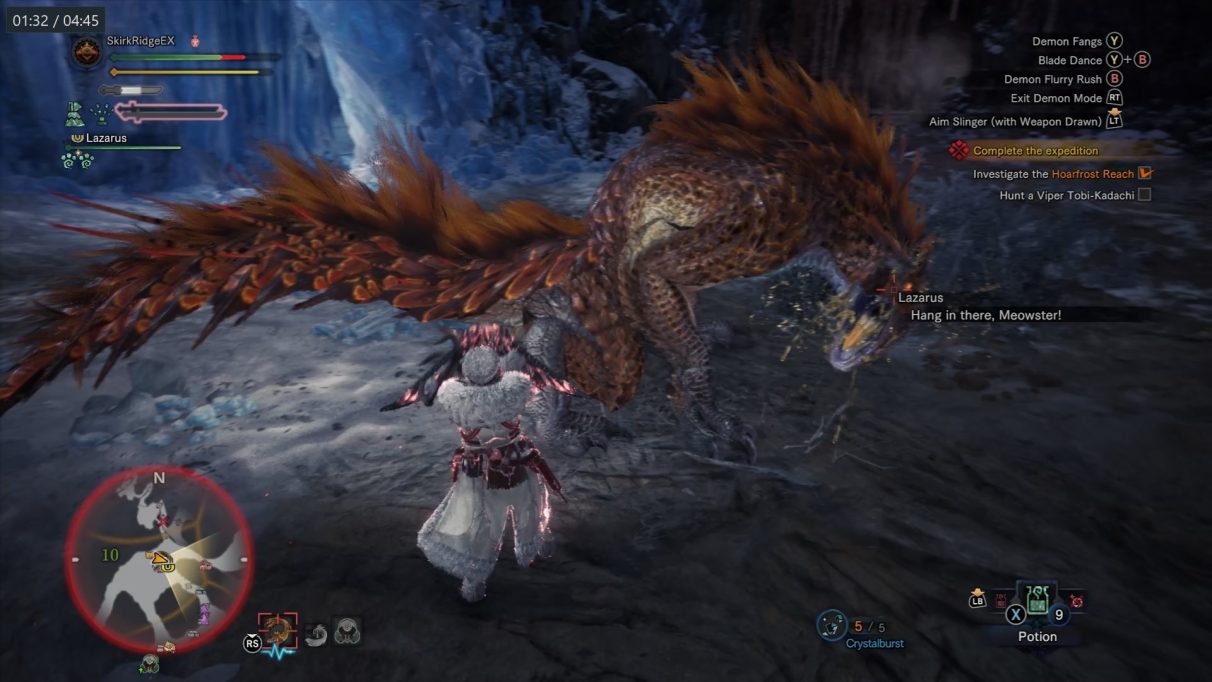 We have a whole host of other useful Monster Hunter World Iceborne guide pages for your convenience. Why not take a gander? If you want to check out the previous boss guide, head to the Banbaro guide. The game splits here to include two more regional variants and you can find guides here for both the Nightshade Paolumu and the Coral Pukei-Pukei.