Once more, it's time for the fine folks at Overwatch to put down their guns, stop shooting each other for a moment, pick up their guns again and go blast some robots and armoured goons. It's Archives time, team. With no new story to plug through this time, all three of Overwatch's co-op stories are coming back with wild new variations, alongside the requisite bucket of new skins and cosmetics to unlock after all that carnage. Archives 2020 runs 'til April 2nd, at which point everyone can go back to shooting their best mates.

Archives is Overwatch's annual co-op event, one where Blizzard goes all Left 4 Dead on their superhero shooter by pitting four players against a flood of killer cyborgs or Talon goons, depending on the event. There are usually two versions of each to check out - one "canonical" version with set characters, and a more freeform mode where you can break history by playing any character you like - each with a set of difficulties to choose from.

I'd wager Overwatch 2 is eating a lot of the passion for story-focused missions right now, mind. In lieu of a new adventure, this year's event brings back all previous Archives - Uprising, Retribution and Storm Rising. They're really building those three out, though, adding variations on each theme. 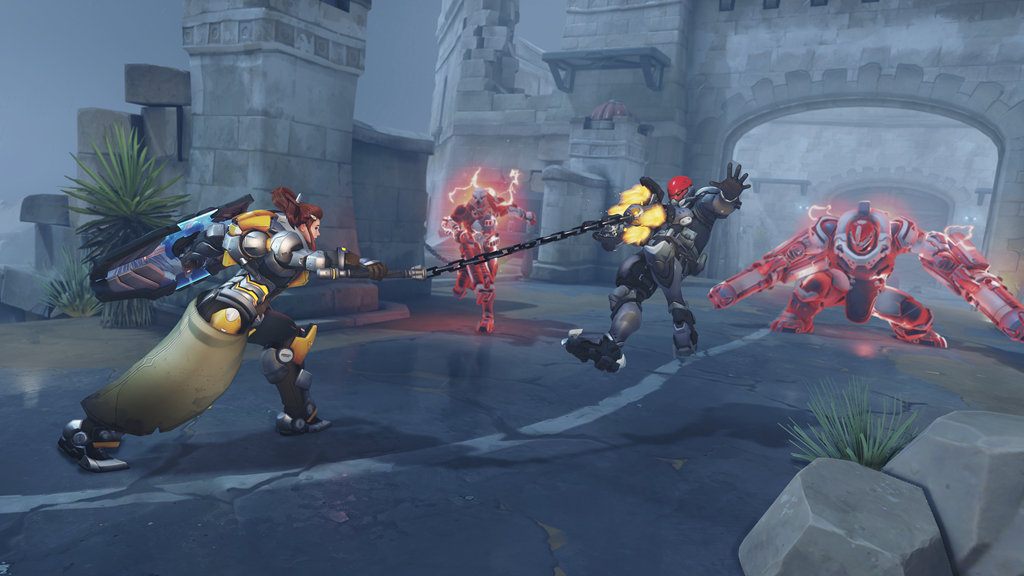 Blizzard are adding mutators of a sort to Archives. Right now, you can play each of the original three as Jeff intended, but there are also two extra Challenge Missions to undertake per story. These might range from Molten Cores (enemies drop Torbjorn-style lava on the floor when they die) to Blood Moon Rising, where healers are outlawed and you can only regenerate health by dealing damage in return. Right now, only Uprising's variations are available, with Retribution's unlocking in 6 days, Storm Rising's in 13.

More deets on the event dates and mix-ups can be found on the official Archives site. It also runs through the mandatory line-up of event cosmetics, including a weekly progression system for nabbing three decent-enough outfits for Symmetra, Torbjorn and Mei.

Look, okay. I'm long off the Overwatch train. Between a meta that's straining itself to meet the needs of esports, tiring of Blizzard's flimsy attempts to build on the promise of inclusion they spout, or simply losing touch with my regular team, I'd fallen right off. But as much as I hate to give 'em the benefit of the doubt, just look at that Pharah skin.

Pure, jetpack-bisexual energy. Like if Brooklyn 99's Stephanie Beatriz could fly. It's almost, almost enough to get me hitting that install button all over again.