There are so many games celebrating birthdays this week! The Witcher 3 turned five, Red Dead Redemption turned 10, and now Overwatch is celebrating its fourth year. For Overwatch it means its Anniversary event has kicked off once more, and from now until June 19th you'll be able to replay all the old seasonal Brawls and grab a whole host of new cosmetic items. And I have to say, this year's skins are particularly good.

First up we have Masquerade Reaper, as you can see above. Some fans might recognise that one from the comic a couple years ago where the Talon folks infiltrate a fancy masquerade ball. Then we've got these absolute gems below - Little Red Ashe (and Wolf Bob!), Submarine Hammond (get a load of that moustache), Dragoon Mercy and Huitzilopochtli Zenyatta. You'll be able to get all of these through event loot boxes (which you can either earn or purchase), or by buying them with your hard-earned credits. 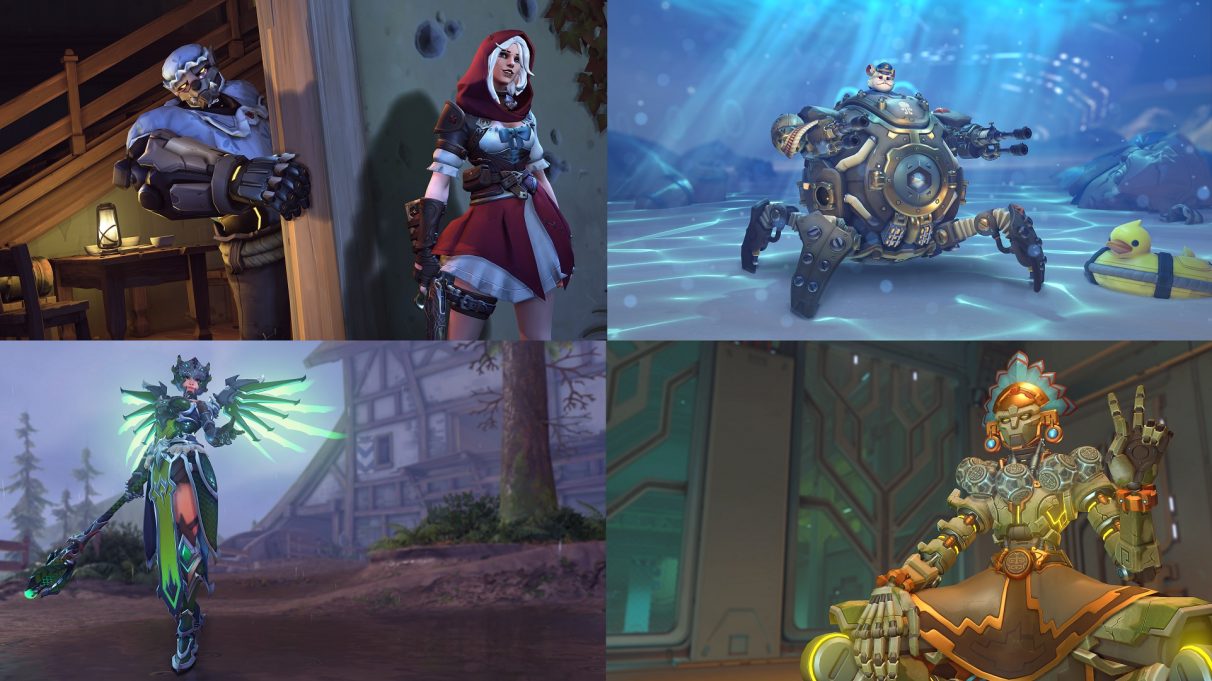 These aren't the only skins up for grabs though, because during the Anniversary you can unlock stuff previously released for any of the seasonal events. So if there are some you missed that you desperately wanted, now's your chance to get them (I'm praying for the Aviator Pharah skin to pop out of a loot box, was gutted I missed it during the Archive event).

There are also new weekly challenges giving you a chance to earn some new outfits for Sigma, McCree and Widowmaker. You just have to get nine wins in any game mode each week to earn them.

This is made a little easier with all the old seasonal Brawls cycling through the arcade everyday. Today's offering is Junkenstein's Revenge - I like that one, it's the Halloween PvE zombie horde mode and it's good fun to mess around in. It's also nearly impossible to lose if you play on the easier difficulty, so it's a good way of ensuring those wins for your weekly challenges.

The rotating game modes aren't random, though. You can see a schedule of which ones will pop up on what days right here so you don't miss out on your faves.

Elsewhere in the world of Overwatch, there's a bunch of interesting changes being tested in the Experimental Card. And just the other day some fans discovered a long lost Diablo reference hidden in some barrels.