I’ve also got loads of tips on how to get the best settings in Ghost Recon Breakpoint, including which settings you can switch off to give your frame rate a bit of a boost, and which ones you should switch on to help increase performance. So, if you want to get the very best PC performance at the highest possible quality settings, then you better deploy that bivouac and make yourself comfortable. Here’s how to get the best settings and the fastest PC performance in Ghost Recon Breakpoint.

First of all, you need to make sure your PC meets the Ghost Recon Breakpoint PC requirements. I must admit, when Ubisoft first released their Ghost Recon Breakpoint PC requirements, I was pleased to see they’d catered for so many different types of system. Not only are there specs for entry-level PCs (see below), but there are also plenty of high-end recommendations as well, including what you need to play the game on Ultra settings at both 1080p, 1440p and 4K.

However, I was also a bit surprised to see that the Ultra spec for 1080p and the Ultra spec for 1440p were effectively identical. That’s pretty unusual, to say the least. Having now tested the game with a bunch of different graphics cards, though, the 1440p spec is definitely correct. This is a demanding game at 1440p, and those looking for 60fps on Ultra quality at this resolution will definitely need either an RX 5700 XT or a GTX 1080 Ti. An RTX 2070 Super will also do the trick here as well.

At 1080p, though? I think there’s a little more leeway. Yes, an RX 5700 XT will definitely get you a solid 60fps at this resolution, but so will the regular RX 5700. I also saw an average of around 60fps on the RX 590 (just), RTX 2060, RTX 2060 Super and GTX 1070 as well here. So don’t fret if your PC doesn’t technically meet the Ultra requirements for 1080p, as there’s a good chance you can still get that silky smooth frame rate if you’ve got one of the graphics cards I’ve just mentioned.

For the record, I tested Ghost Recon Breakpoint with an Intel Core i7-8700K and 16GB of Corsair Vengeance RAM, along with all the latest Windows 10 updates and graphics drivers.

As always, the goal of this Ghost Recon Breakpoint PC performance guide is to get a smooth 60fps at 1920×1080, 2560×1440 and, if possible, 4K at the highest quality setting a graphics card can manage. Not all graphics cards will be able to hit that speed at 1440p and 4K, but hopefully some of the settings tips below will help you push it as close to that coveted frame rate as is physically possible.

I tested the game using its built-in benchmarking tool, which involves a camera panning through a number of different environments you’ll find on the island of Auroa. It includes shootouts, drone fights and all sorts of different weather conditions, and I found it to be a pretty accurate reflection of the frame rate I got in-game. To see how each graphics card fared, click the links below:

Ghost Recon Breakpoint PC performance: How to get the best settings

After the relatively easy-going demands of The Division 2, working out how to get the best settings for Ghost Recon Breakpoint is a little bit trickier. After all, it requires a bit more heft in the old graphics department, but luckily for us there are plenty of settings available in its Video menu to help us tweak its six default quality settings.

Before we get started, here’s a quick glimpse at what all of these look like in-game using stills from the game’s benchmarking tool: 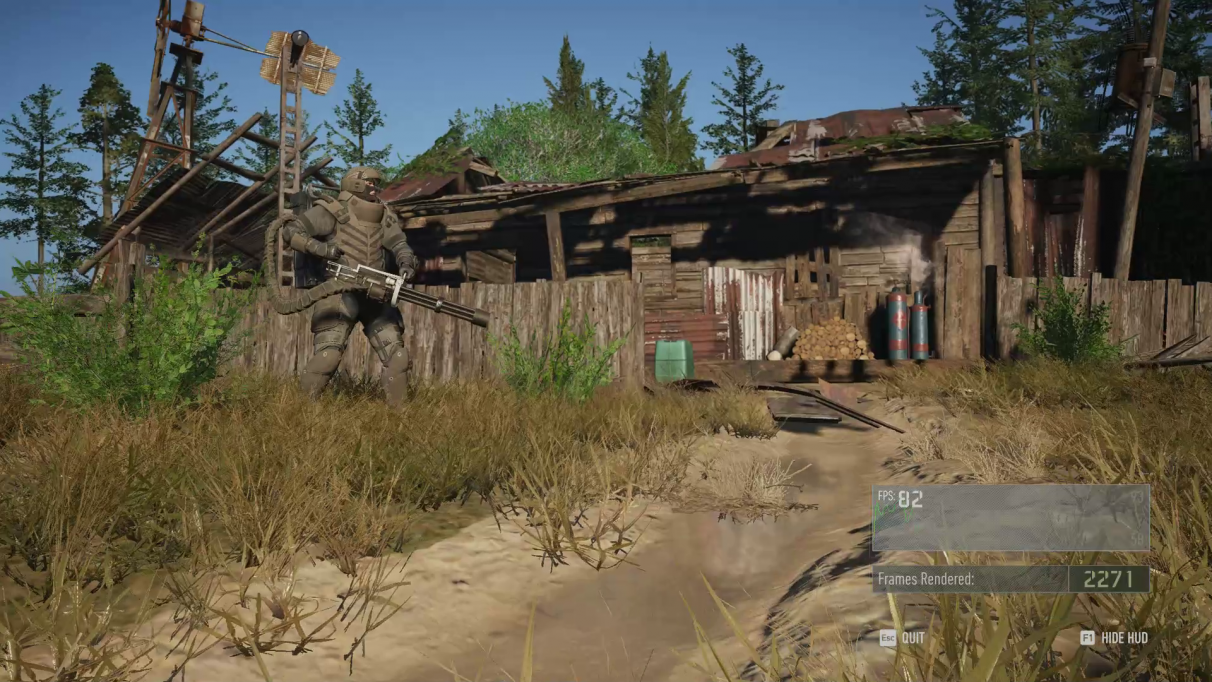 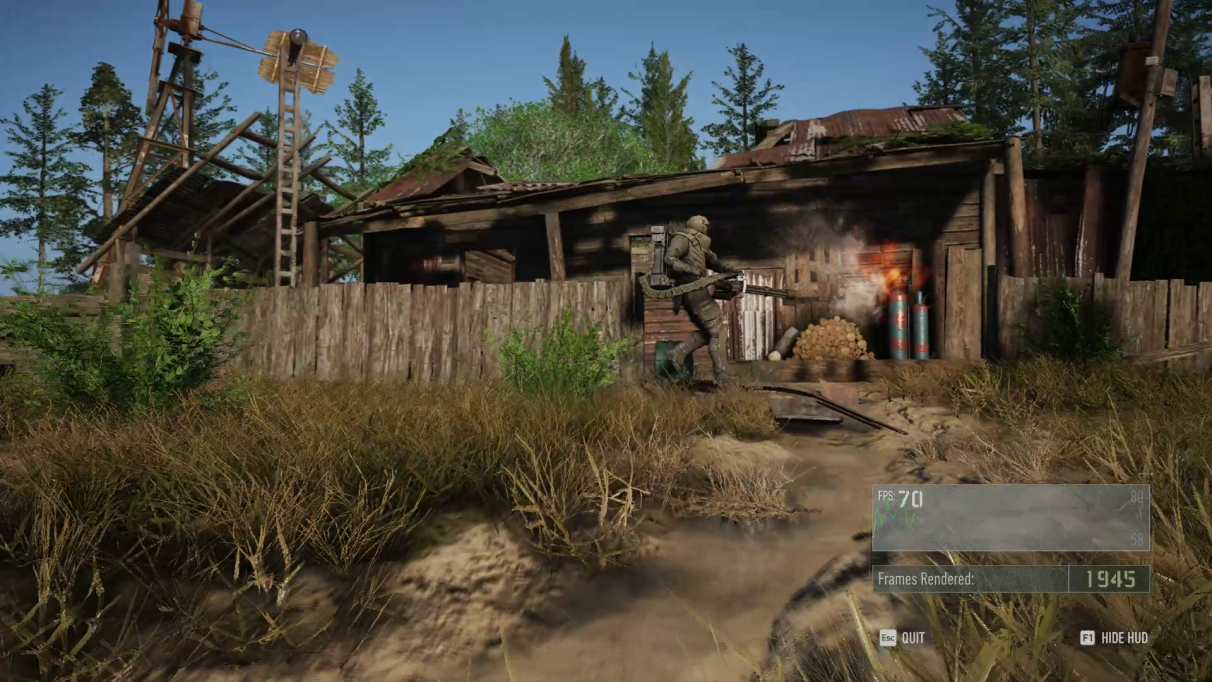 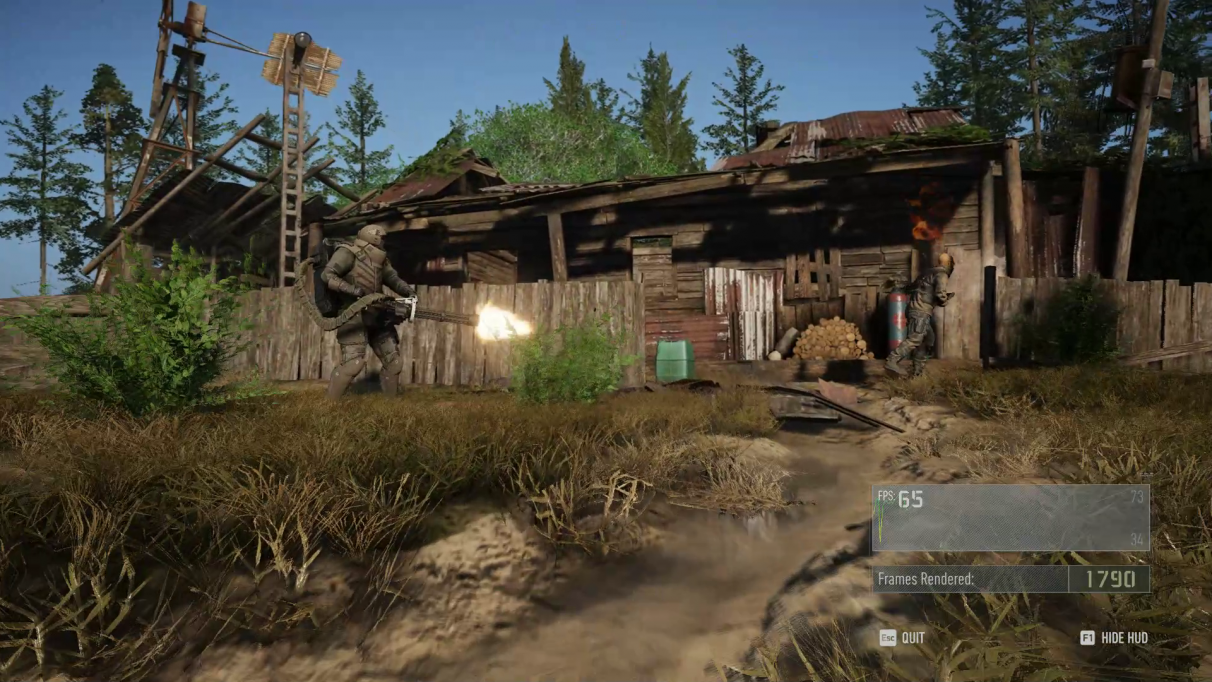 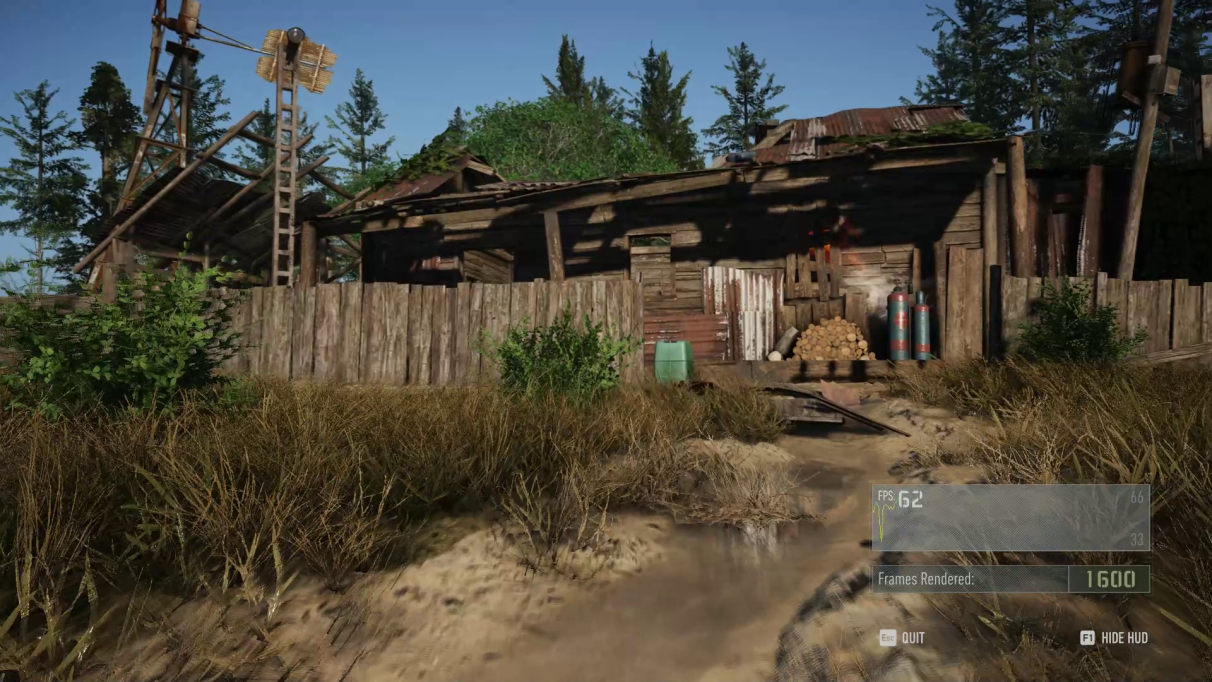 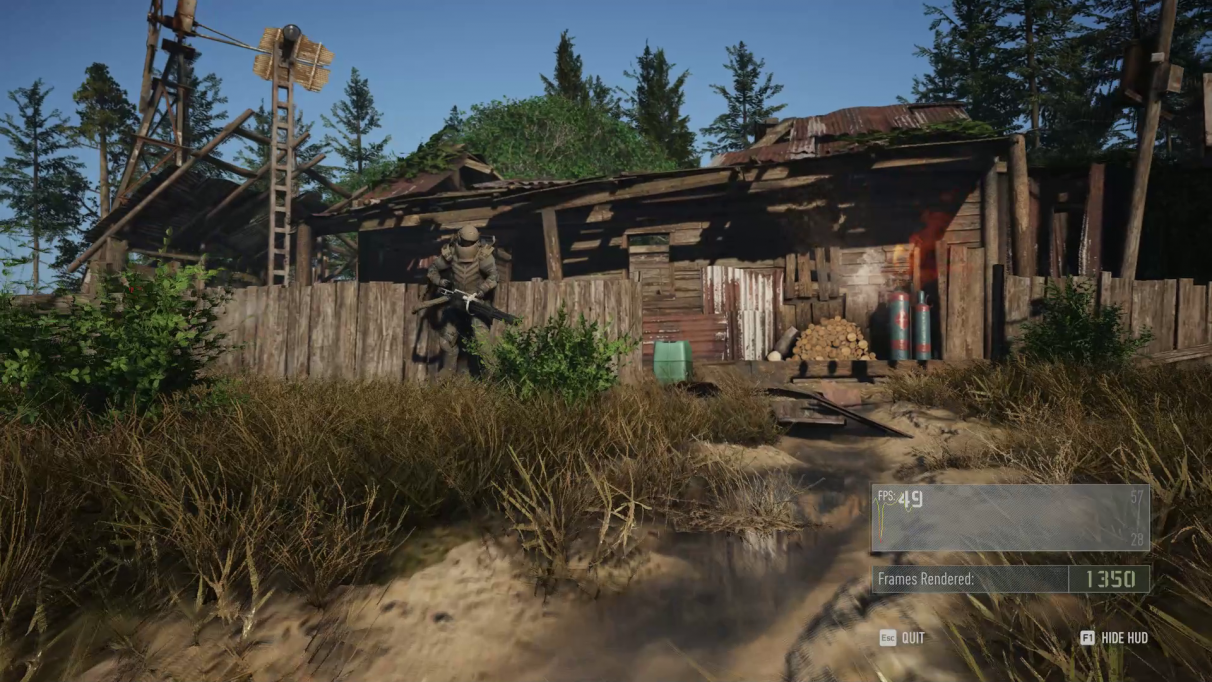 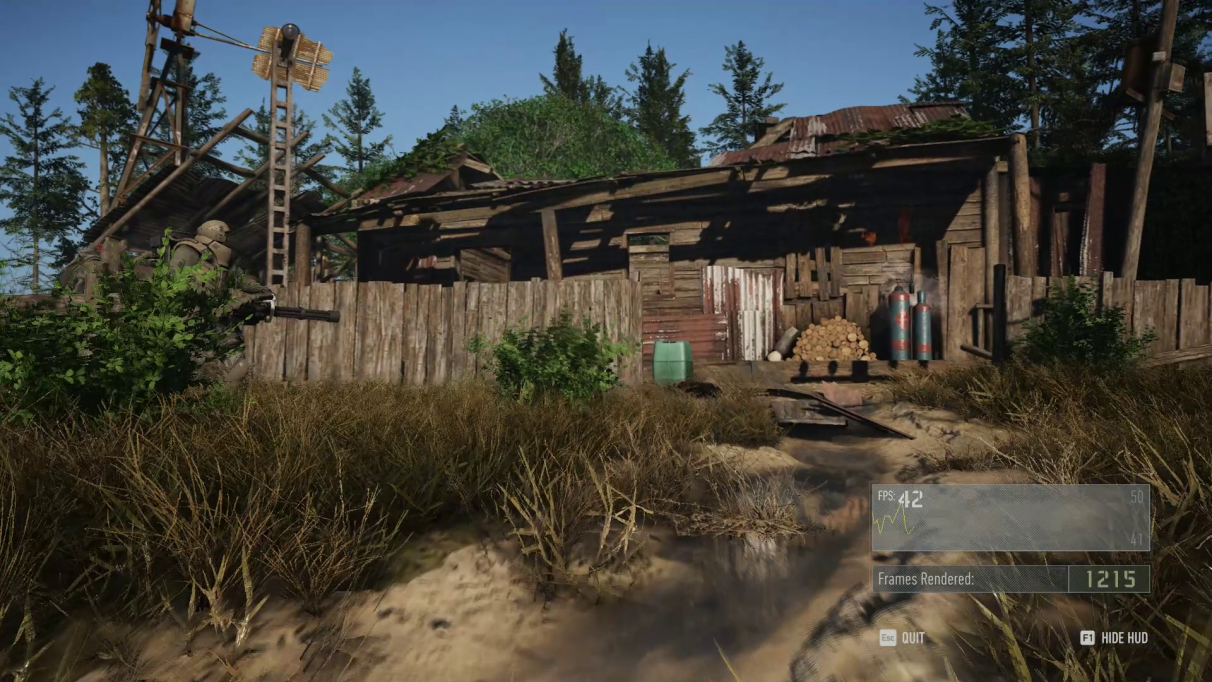 Very High, on the other hand, really goes to town on the environmental detail, adding in denser hedges and vegetation along with more realistic lighting and shadows, while Ultra brings even better-looking water effects. Personally, I can’t actually see that much of a difference between Ultra and Ultimate (at least in this particular set of screenshots), but in its defence, Ultimate is really only intended for the very newest and most powerful graphics cards, and the game gives you a warning about it being “for future hardware only” when you try selecting it.

Still, if you do fancy a bit of Ultimate action, then there are some handy tricks you can employ to help boost your frame rate as high as it can possibly go. The first thing you can do is switch on Temporal Injection. This “uses samples from many frames to produce crisp high resolution images while keeping smooth frame rates”, according to Ubisoft’s rather unhelpful description, but the main thing you need to know is that it can boost your frame rate by up to 20fps depending on the graphics setting.

Using a GTX 1070, for example, my average frame rate on High at 1920×1080 jumped from 75fps all the way up to 95fps when I switched on Temporal Injection, while Very High saw it rise from 66fps to 84fps. That’s pretty good going, if you ask me, and I didn’t even notice any difference in overall visual quality, either.

It is, however, very CPU-intensive, so this will probably only be a viable solution if you’ve got a fairly modern processor. Whereas a non-TI run of the benchmark would maybe use around 40-50% of my CPU, a full-blown TI run was up nearer the 70-80% mark. As such, lower-end CPUs may struggle with this particular feature, and you may not see the same kind of gains I did with my Core i7.

Still, there are plenty of other tricks to employ to try and boost your frame rate a bit. Turning Ambient Occlusion down to Medium will give you another 1-2fps on average, for example, while turning it off completely will push that closer to 3-4fps.

Similarly, you can make use of its Resolution Scaling feature. This renders the game at a percentage of your target resolution – 90% of 1920×1080, for example – but upscales it to said target resolution at the same time. This takes some of the load off your GPU, and can be particularly useful when you’re trying to target higher resolutions such as 2560×1440 but don’t quite have the graphical chops to do the full thing.

Using my GTX 1070 as an example again, dropping the resolution scale to just 90% gave me another 5fps on average at both 1080p and 1440p, and it didn’t even look that bad in practice, either. Even better, you can change the percentage in increments of ten, giving you a lot more flexibility than, say, Borderlands 3.

Those are the best things I’d recommend tweaking if you find your graphics card is starting to struggle a bit. Otherwise, you’re looking at turning down quite important things like Terrain Quality, Level of Detail or Texture Quality, which ideally we want to keep as high as possible. After all, this isn’t exactly the prettiest game in the world (even at high quality settings characters’ faces still look like they’re made out of plasticine, for example), so we really want to leave these settings alone as much as possible.

Finally, if you find your frame rate is jumping all over the place, then you may want to make use of its Foreground Framelock feature. This will prevent your frame rate from going above a certain number, helping you keep a steady 30fps, 60fps, or really anything in between. You can even set it to a very precise 43fps, if you so wish, as the game lets you pick any number between 20-160.

With all that in mind, then, let’s see what’s possible on all of today’s best graphics cards. You can either scroll back up the page to click on the links to each individual card, or tap the page numbers below to go through them one by one.