The first raid boss in Ghost Recon Breakpoint is Baal - a big tank that can instantly kill you if you're not careful. Not only that, but constant reinforcements will descend upon your team to try and wipe you out. It can be a difficult boss battle if you don't know what to do, but our Baal raid boss guide will give you the tips and tricks you need to defeat it. 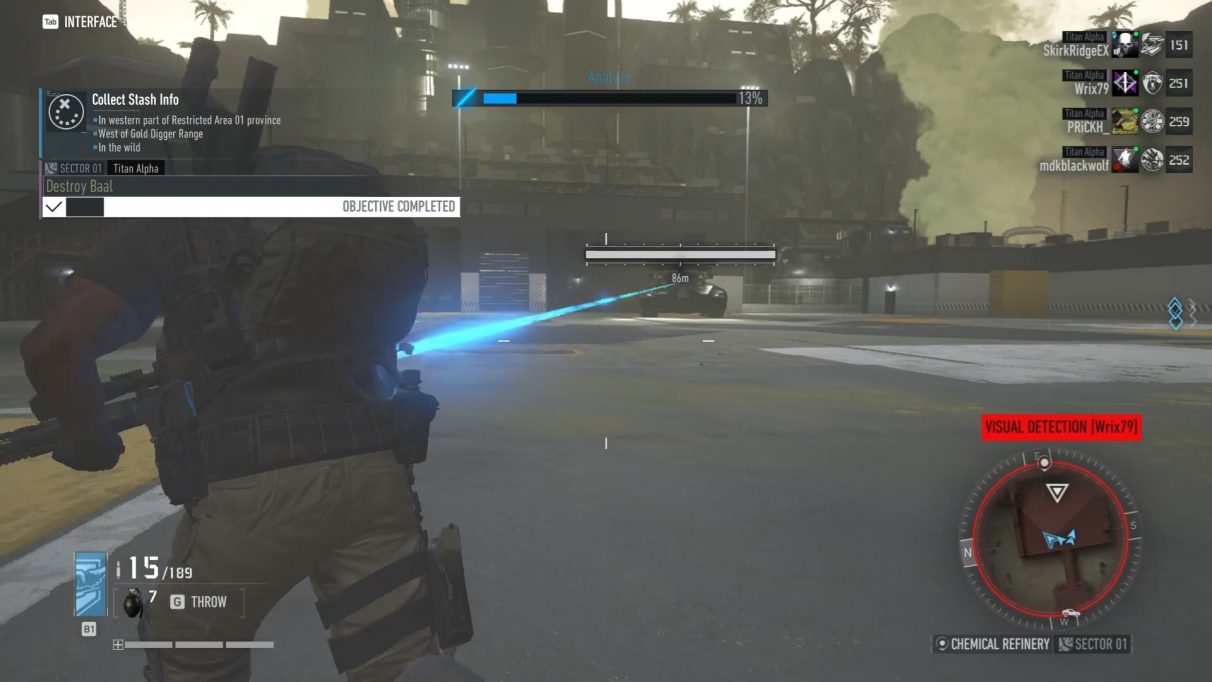 The first Ghost Recon Breakpoint raid boss is Titan Alpha - Baal. It's a giant tank with missiles, targeting lasers, an electrical pulse, and a ferocious engine to give it a burst of speed. To make matters worse, Wolves will regularly flood the area, distracting you from the boss. It's a tough fight, but these Baal raid boss tips will get you through the fight.

First thing's first, you need to divide yourselves into pairs. Have two of you run to the left and two to the right as soon as the fight starts. Communication is vital at all times as there will be a blue targeting laser pointed at one of you. If this laser ever builds to 100%, Baal will fire a barrage of explosives to instantly kill anyone close to the targeted player. It has a surprisingly large range, so it's best if you just don't let it ever fire the missiles. When the targeting laser reaches 50%, run towards another player and have them run in front of you to change the target.

While one player is being chased by the tank, and another being targetted by a laser, the other two should be dealing damage to Baal. It has a glowing blue weak point at its rear, which requires a few shots to access. It has a ton of health, particularly if you're running lower-level gear, so you're in for a long fight.

Occasionally, you'll hear a siren. If you hear it, shift your attention to try and take out the Wolves spawning in through the doors as quickly as possible. They'll mostly be shotgun wolves and should be relatively easy to take out, but there is a sniper that can appear at the top that's easily missed. If you're close to Baal when this happens, try to ensure that you're far enough away from it so it doesn't surprise you with a sneak attack.

In fact, standing close to this metal death machine is hazardous to your health. It can emit an electrical pulse to wipe out any ally close to the tank. You do not want to be in its radius or you'll be instantly downed. It does have one other attack, where Baal just stops and stays in one place. From the back, the light will turn orange, while the chased player can look at its tracks. Should they spark up, it'll charge ahead. Be sure to stay out of the way when it does this as it will hurtle towards you at a great speed.

Should someone fall in battle, try to ensure you only attempt to rescue them when there are no Wolves in the area. If you are not being chased and the targeting laser is below 50%, then you can safely pick up your downed ally. They can then take the heat off of you when it comes to the laser. 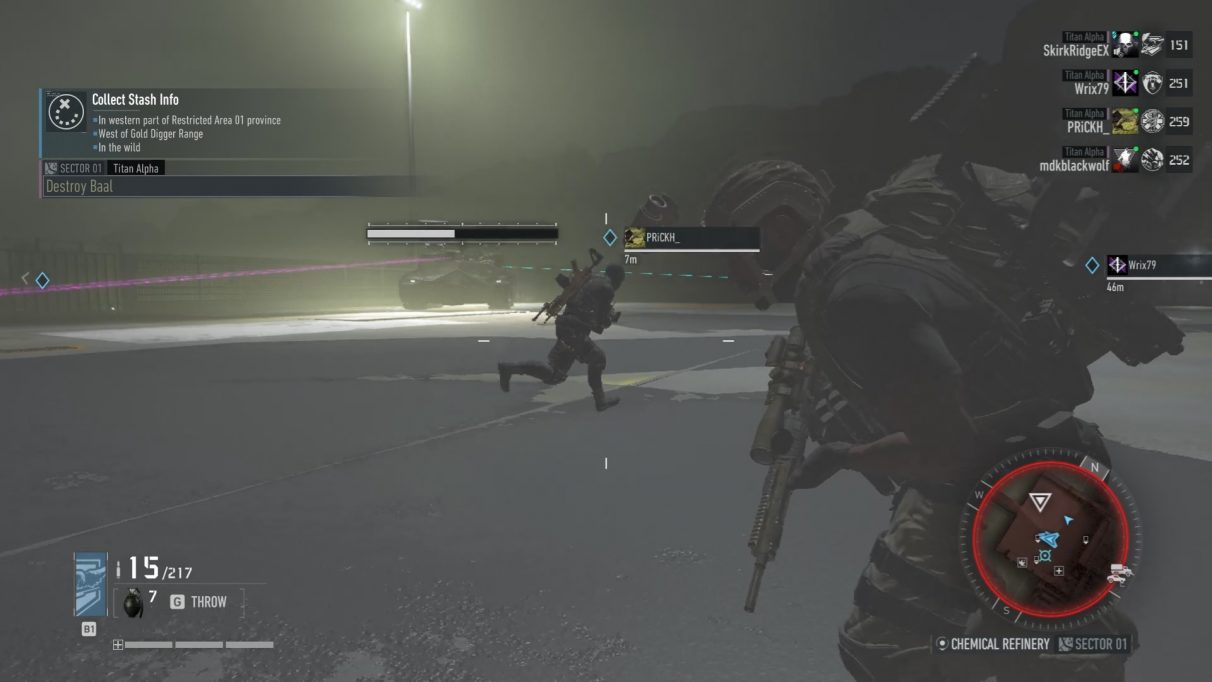 At 50% health, it gets a new pink laser that targets another player. This is on its own separate timer and you should endeavour to ensure that nobody gets blasted by missiles. If the two ally players who are targeted are on the same side, swap sides with them and tag in to ensure that missiles do not fire. At most, Baal can simultaneously target two players, and chase after a third. Be mindful of this fact when recovering fallen friends, particularly if Wolves have spawned in.

Aside from this change though, there's no real change in strategy. Keep calling out when your corresponding laser is above 50%, shoot any Wolves that appear as a priority, and don't get too close. It may take a few tries, but eventually, you'll get a run where you're not instantly blown back by the sheer firepower of Baal, and you'll be victorious!

With the first raid now done, you'll have three more to deal with. We've put the rest of the guides for each of the Ghost Recon Breakpoint raid bosses below: