The third raid boss in the Project Titan raid in Ghost Recon Breakpoint that we'll be talking about is Titan Omega - otherwise known as Gargoyle. This flying drone is kinda large, but the main issue is the arena itself. Lasers will dart across the battlefield at varying heights, meaning that you need to climb some ledges or duck under the lasers as they pass. Worse still, drones will regularly be called in to take you out, and the boss has an instant kill move. But don't worry, we've got all the tips you need to defeat Gargoyle. 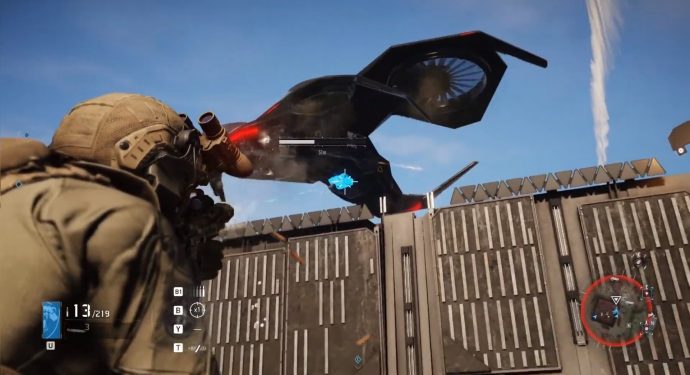 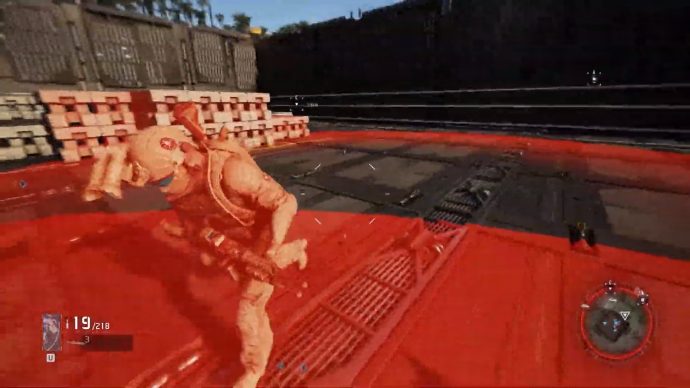 Gargoyle has one weak point - the blue light on its underbelly. It'll always have this on show, so you can deal damage to it whenever you have a free moment. However, the boss has several attacks that you should always prioritise avoiding over dealing damage.

First and foremost, listen out for something charging up. These will be some lasers on the western and eastern sides of the arena. When fully charged, they will pass through the arena at certain levels, instantly knocking out anyone it touches. The lasers on both sides are always the same, so if you see the western side's lasers, the eastern side's lasers will be the exact same configuration. Luckily, the arena has some conveniently placed platforms in each of the corners of the room, each of which has two levels that you can climb up on top of. In order to dodge the lasers, here's where you need to go:

Another key attack to be aware of is when the Gargoyle flies to the middle. It'll open two of its four flaps and eventually attack with an instant-killing pulse. These are points that have a small yellow icon on them when closed and the flaps on both sides of Gargoyle are in the same spots. The open flaps will always be on opposite sides of the drone, so make sure that both sides are covered by your squad by sticking to the four corners of the arena. You do not want this instant-kill attack to happen, so shoot the open hatches on its side which will glow in white when open. If you are successful in preventing this attack, Gargoyle will become unstable for a brief moment.

As if there isn't enough to keep track of, you'll also need to look out for red circles around you. If this happens, run to the middle of the arena or a far corner of it as quickly as you can. Gargoyle will at some point finalise where it wants to drop some lingering electrical pulses and the last thing you want is for the boss to cover the platforms you use to avoid the laser with electrical pulses. These don't kill instantly, but deal a small amount of damage over time - longer than the time it takes for the lasers to charge up and pass over you.

If you ever hear a siren, it means that a bunch of smaller drones are about to join the party. These are more of a nuisance than anything else, but their aim is to distract your attention long enough for either the lasers to pass through you, or allow Gargoyle to unleash either of its other attacks. Make sure you always keep a close eye on the boss and the lasers, calling out if you spot any changes to your teammates. 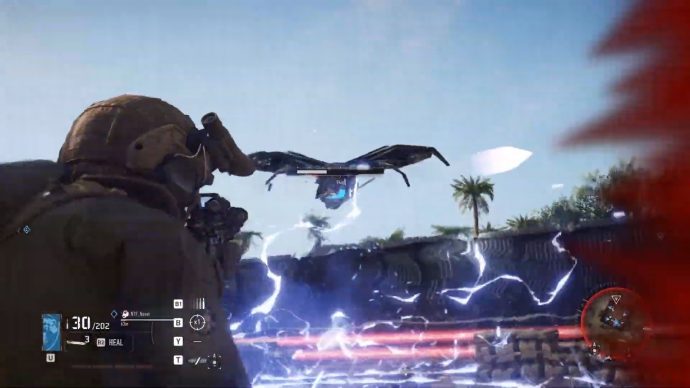 The main difference between phases is the number of lasers that are being sent across the screen has increased by one. This means you'll need to dodge the lasers in very specific ways. You should be calling out any time you see the lasers as you don't have very long to get into position. Here are the new configurations for the lasers:

Aside from the additional lasers, there are now additional places - a total of four - where Gargoyle needs to be shot at to stop its instant-kill attack. When Gargoyle has very low health, it will begin spamming the instant-kill attack until it is destroyed. Just remain patient and shoot the spots when they open, with your downtime used to hit its glowing blue weak point. I would not recommend using LMGs for this fight as they take a long time to reload, so make sure you manage your ammo carefully. No drones, lasers, or electrical pulses appear in this phase, so just keep at it and you'll defeat the boss.

You should now have completed the third raid boss. It's just the one left - Cerberus, but we've put the rest of the guides for each of the Ghost Recon Breakpoint raid bosses below: