This is it, the final raid boss in the first Ghost Recon Breakpoint raid. This fight is technically three in one, as Cerberus has three individual drones, all joined together with a neural link. What's worse, each one has its own unique attacks, smaller drones will regularly distract you, and one of them even has a flashbang to blind your team temporarily. This is yet another fight that requires constant communication and very different tactics for each drone. 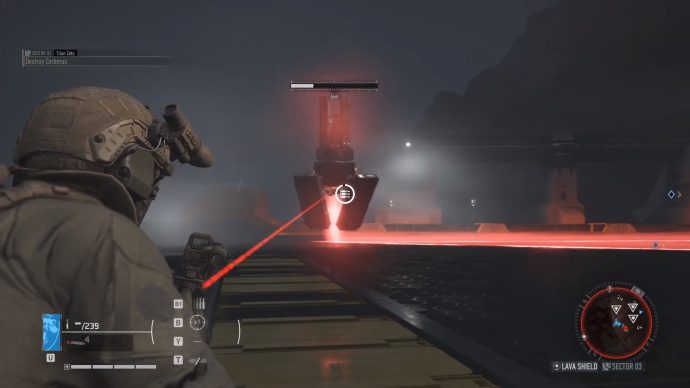 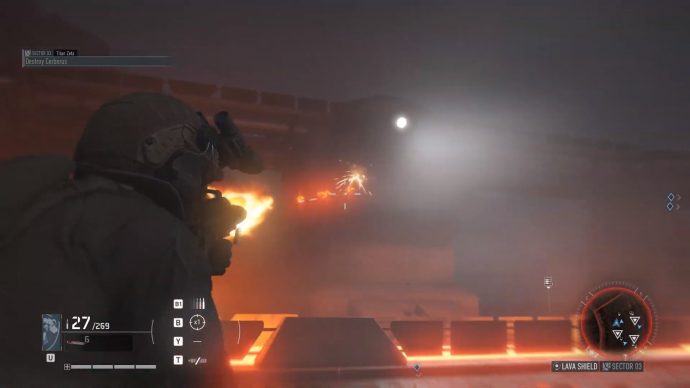 Titan Zeta is made up of three drones. You'll need to keep their attention at all times, otherwise, they'll close ranks and begin to regenerate their health. I suggest a team of three assault and one medic to stick to the perimeter and revive players when needed.

Before the fight begins, choose between you which drone the assault players are going to dash towards. As soon as you get close, the floor underneath will shimmer, indicating that you're now being targeted by that drone. Stick to the outer perimeters and run in a clockwise direction at all times. Each drone has its own unique attack which is easier to explain by using their positions as seen from the start of the fight.

All of the titans can slam the ground if you're too close, wiping out your stamina and hurting you with electricity, so try not to get too close once you have their attention. There are other attacks that everyone should be keeping a watch for. Upon hearing a high-pitched shrill, let your teammates know as the boss drones are about to emit a flash. Everyone should look away from the bosses for a few seconds, otherwise, you'll be blinded with a bright light for a long time. This is especially important for the second phase of the fight.

You should also keep an ear out for a klaxon that will sound occasionally, heralding in the arrival of multiple smaller drones. Take them out as soon as they appear, especially if you're not being targeted by one of the three larger boss drones. There will be times where you need to take the heat off other players, so when you agree to have the boss drones switch targets, run to the next one in front of you until the ground shimmers.

If a player is taken out, have the medic grab the downed player's boss drone's attention before reviving. You want to maintain the boss drone's triangular formation as much as possible to prevent it from regenerating. It's also easier to manage the boss drones in this formation. Try to also keep damage to each boss drone as evenly as possible. This will make the later parts of the fight a little easier to deal with. 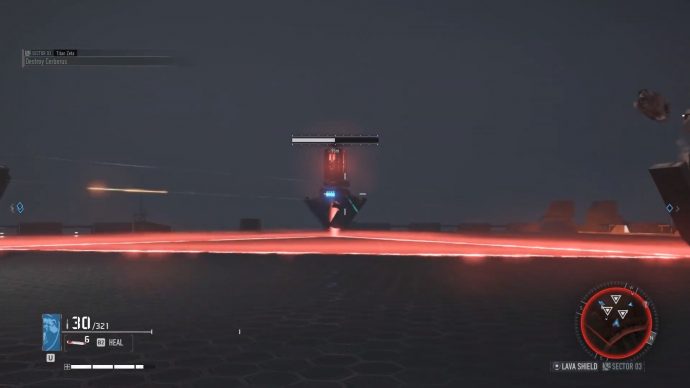 When all of the drones are around half health, a yellow beam of light will appear underneath them. This will then trace a beam between them and the centre of the arena between the three drones will turn red. This is an instant kill zone that can move around if you're not careful. Stick to the outer perimeters and space out as much as possible to keep the drones moving in a neat circle.

Otherwise, the strategy remains exactly the same as in Phase 1. Keep their health as even as possible so that when the boss drones are down to a sliver of health, you can take them all down as quickly as possible.

You should now have completed the final raid boss and completed the Project Titan raid, congratulations! If you do want to go through it again and need a reference for how to defeat all the raid bosses for better loot, then you'll find rest of the guides for each of the Ghost Recon Breakpoint raid bosses below: