Dauntless may pit players against a variety of punishing and powerful Behemoths as a matter of course, but let's give credit: it supplies us with everything we could possibly need in order to triumph time and time again. Not just weapons and armour, but the diverse selection of Perks and Cells that bestow minor-to-whoppingly-major benefits to the Slayer what wields'em. Our Dauntless Cells & Perks guide will walk you through each of these benefits one at a time, providing exact stats for each Perk and explaining which are the best Cells to equip in the current Dauntless meta.

All this stuff about Cells and Perks is just one section of our guides series on Dauntless, all of which you can peruse from our central Dauntless guide & tips hub. There you'll find in-depth beginner's explanations and useful tips, as well as links to every other part of our series, from the best Dauntless weapons and Dauntless builds to strategies on defeating each of the Dauntless Behemoths, and much more. 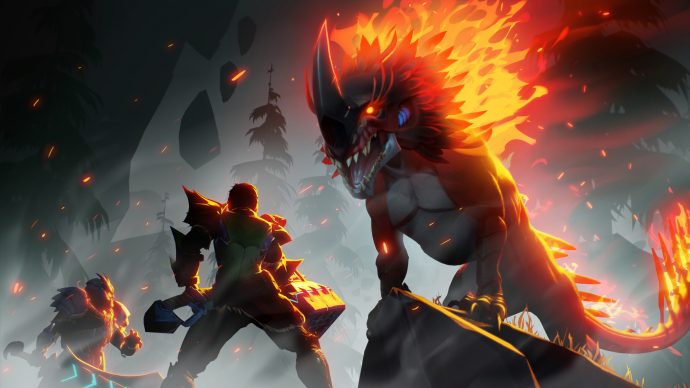 There are, in total, 48 different Perks and Cells to speak of, spread across five different categories, and each can be found in up to six tiers; so to help aid your travels through our multitude of tables and details, click on any of the below links to navigate straight to a specific section.

Let's first talk about the distinction between Perks and Cells, because they're not the same thing. Perks are the actual benefits bestowed upon you by a variety of Dauntless weapons, Dauntless armor, and Cells. Each Perk has 6 tiers, each of which increases the Perk's effect - but to reach the higher tiers you'll need to combine multiple sources of that perk, because a single weapon, cell, or armour piece can only hold a maximum of Tier 3 on their own.

Cells are items obtained primarily by breaking open Cores that you are rewarded with throughout your journey as a Slayer; and they can only be equipped by placing them into a weapon or armour piece's Cell slot of the correct type. They are extremely useful for pushing the overall tiers of your Perks up to the highest possible level.

Breaking open Cores, by the way, is lovely and simple. All you need to do is walk up to one of the Core Breakers scattered throughout the hub city of Ramsgate. One can be found next to the Middleman, while another is located next to the weaponsmith and armoursmith. Core Breakers will allow you to open Cores one at a time, each of which will contain a number of new Cells. Different types and rarities of Cores will contain different types of Cells. You can also talk to the Middleman in order to combine existing Cells in order to reroll new ones:

There are in total five different classes of Cells and Perks: Power, Defence, Mobility, Utility, and Technique. As you can imagine they all have different focuses which we'll get into in more detail below. But it's important to think about the kinds of Cell slots and Cells available to you when creating your Dauntless builds; sometimes having the correct Cell slots on a weapon is more important even than the weapon's power or element.

Now let's take a look at all of the Cells and Perks currently in Dauntless. Whenever you see an "X" in the below tables you can hover over it to view the exact stats for every tier of that Perk.

Several of them also synergise very well with one another; for example, Overpower, Knockout King, and Pacifier, all of which relate to Stagger damage. Overpower, by the way, is possibly the current strongest Perk in Dauntless, particularly when using the Stagger-heavy Hammer. Ragehunter is another favourite for maximising damage potential, and you can combine it with Aetherhunter against elemental Behemoths to turn those beasts' most fearsome aspect into their greatest weakness.

Defence Cells are best used to help you out of tight spots with certain Behemoths. The Perks in this class are - surprise surprise - defensive in nature, and many of them seek to mitigate certain negative status effects that Behemoths can dish out. Nine Lives and Tough are particularly useful Perks in any situation, but many of the others, such as Warmth or Insulated, should be customised based on the Behemoth you're fighting next.

Mobility Cells help you out whenever it comes to avoiding attacks and repositioning yourself during a fight. Most of them affect Stamina in some way, which makes this class of Cell more useful when you're using a very Stamina-hungry weapons, such as the War Pike or Chain Blades. Shoutout also to Evasion, a particularly useful pickup for newer players still struggling with the timing of their dodges.

Utility Cells are never very powerful on their own, but when combined with the right weapon or playstyle or other aspects of your loadout, they begin to reveal their true worth. Energized is an excellent Perk for weapons such as the Sword and War Pike as it allows you to fill up your weapon meter much faster. Vampiric is another great pickup for the War Pike, because it takes advantage of the War Pike's natural wounding abilities - while Stunning Vigour does the same but for staggering, making it more suitable for Hammers.

Technique Perks are much like Power Perks, but slightly more focused, relying upon certain techniques to unleash their full effect. Acidic and Savagery are both extremely powerful and synergising pickups at higher levels (particularly when combined with the War Pike), while Cunning and Predator remain two of the most powerful Perks in Dauntless in pretty much any situation.

Well, there you have it. That's every single Cell and Perk currently in Dauntless. Hopefully you've learned a thing or two about which Cells it would be best to prioritise when putting together your loadout for the next hunt. And speaking of which, now would be a great time to head over to our Dauntless builds guide for tips on how to put together the very best synergies between Perks, weapons, armour, specials, and potions.