Minecraft Dungeons is more fun with friends, and one of the bigger questions that Minecraft Dungeons players have asked is: when is crossplay coming to the game? Sadly, not yet. But if you're using the same PC we have all of the tips you need to get started. 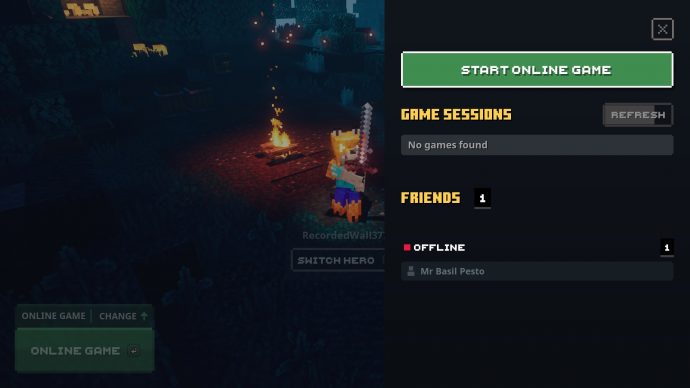 Is crossplay in Minecraft Dungeons?

Mojang have said that crossplay will be coming at a later date though via a free update, so your friends can connect to your game, no matter what device they are playing the game on. We still have no idea when this update will be coming to Minecraft Dungeons.

As soon as this update goes live, we will be giving you all the information you need to connect with your friends.

Crossplay is a feature that has appeared in many popular games, from Fortnite to Minecraft. Games with the feature allow players to play with each other, no matter if they play games on PC, consoles, or in some rare cases mobile phones.

Minecraft Dungeons does not currently have crossplay, but when it does, you'll be able to play the games with friends on PC, Xbox One, PlayStation 4, and Nintendo Switch. If crossplay works in much the same way Minecraft's crossplay works, it should not matter if you try to play the game on PC with two friends on their Switches and one friend on Xbox One in the same multiplayer session.

It's not been confirmed how it will work, but it's highly likely in this case that it will work in a similar way to Minecraft's crossplay. This requires all players to have a Microsoft account and have it linked to their device.

How to link a Microsoft account to your device

The steps to link your Microsoft account are different, depending on what you are using:

Xbox One and Windows 10 PC

How to add friends

If you want to play with a friend, get them to send you their Microsoft gamer tag (this is their username) and add them by selecting the "Add Friend" option in the friends menu. If you want a more detailed explanation of how to do this, you can check out our Minecraft Dungeons multiplayer guide for a full set of instructions.

It's purely speculation at the moment, but if Minecraft Dungeon's lobby is anything like the Minecraft friends list, you should begin to see your friends on other consoles in a separate friends list section.

Thanks for reading our Minecraft Dungeons crossplay guide. You'll find plenty more guides for the game in the section below, so do check them out.