The "winged daemon of the canyon", the titanic Gorgara, gives players one of the most titanic boss fights in all of Star Wars Jedi: Fallen Order. Its immense size and strength means if you slip up even slightly, it could spell the end for you - but our Star Wars Jedi: Fallen Order Gorgara boss fight guide will ensure you're equal to the task of besting this powerful predator. 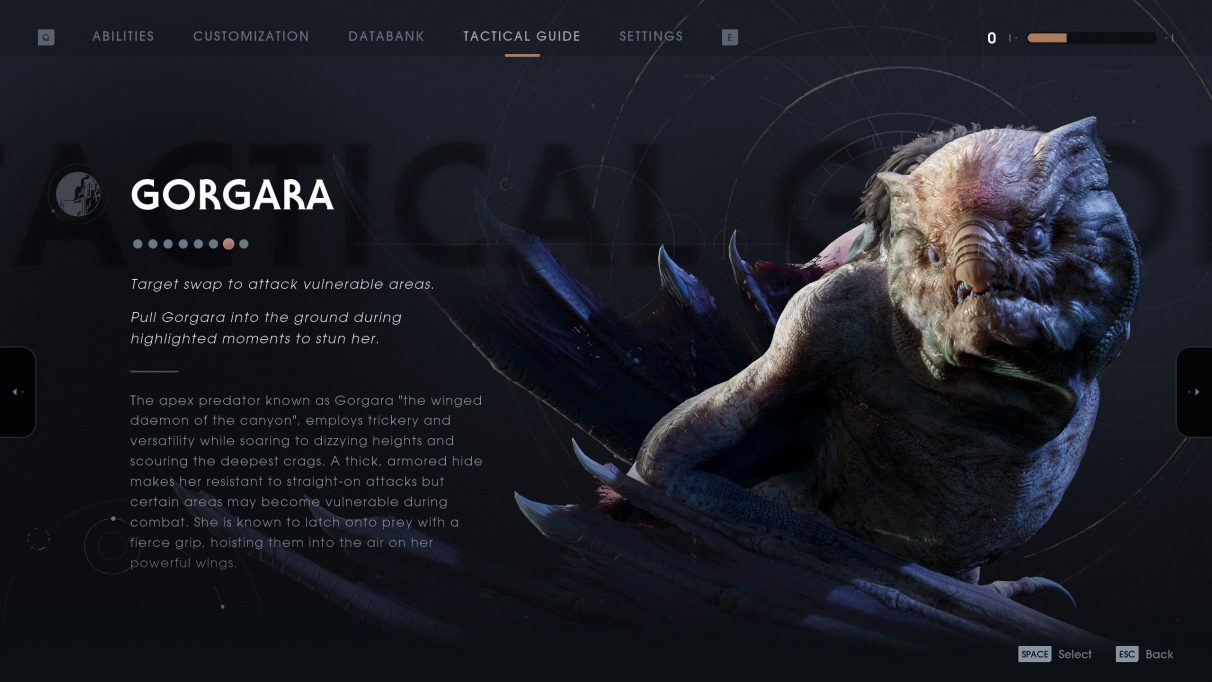 After your defeat of the Ninth Sister on the Wookiee homeworld of Kashyyyk, the next stage of Cal's mission will see you return to the hostile planet of Dathomir to find the key to unveiling the Jedi Holocron you've been after all this time. You'll need to head through the temple on Dathomir, fighting through a great many spiders, Night Brothers, and (worst of all) undead Night Sisters as you progress.

You'll first spot the gigantic Gorgara while scaling a cliff; as you near the top, the overgrown bat will swoop down from nowhere and pick off one of the Night Brothers waiting for you at the top. Keep progressing towards the mission marker, and you'll come to an enormous underground clearing where you'll be set upon by Gorgara while you're inspecting a nearby Night Brother corpse.

How to beat Gorgara boss fight

The Gorgara boss fight is quite a slog. This is one chunky bat, and will withstand a whole heap of damage before it finally decides to fly off and recuperate. But before this happens, you'll need to get very good at rolling through his unblockable wing attacks.

Yes, I said rolling through, not rolling away from. Each time Gorgara plants one of its wings in the ground or attempts to swipe at you, it prompts a lengthy recovery time during which you can pick a body part and hack away at it. Two hits will suffice to stumble this creature. And for the most part, that's this entire fight in a nutshell. Roll, chop, chop. Roll, chop, chop.

Of course, it's not quite that simple really. One way to speed up the process is to go through this whole spiel twice: once for one wing (when it's stuck in the ground), and once for the other wing (when that, too, is stuck in the ground). This will cause Gorgara to go through an extra-special stumble, during which you can use Force Pull to bring it crashing down to the ground. Now you can get several powerful hits in on the bat's head, which is by far its weakest point. This is the fastest way to end this fight, and it's unfortunately only something I learned after recording the above footage, so you won't see it there.

As you start to damage the creature more and more, it will start to incorporate new moves into its fighting. This begins when Gorgara spreads its wings and flies up into the air, before howling twice in a row. Each time it's fairly easy to avoid the damage of this howl either by rolling or just running parallel to the creature.

Then it will follow up by slamming back down onto the ground, creating a shockwave just like the Ninth Sister did, which you must jump over to avoid. And finally, it will then charge towards you twice in quick succession - again, thankfully, very easy attacks to avoid because you see them coming a mile away. 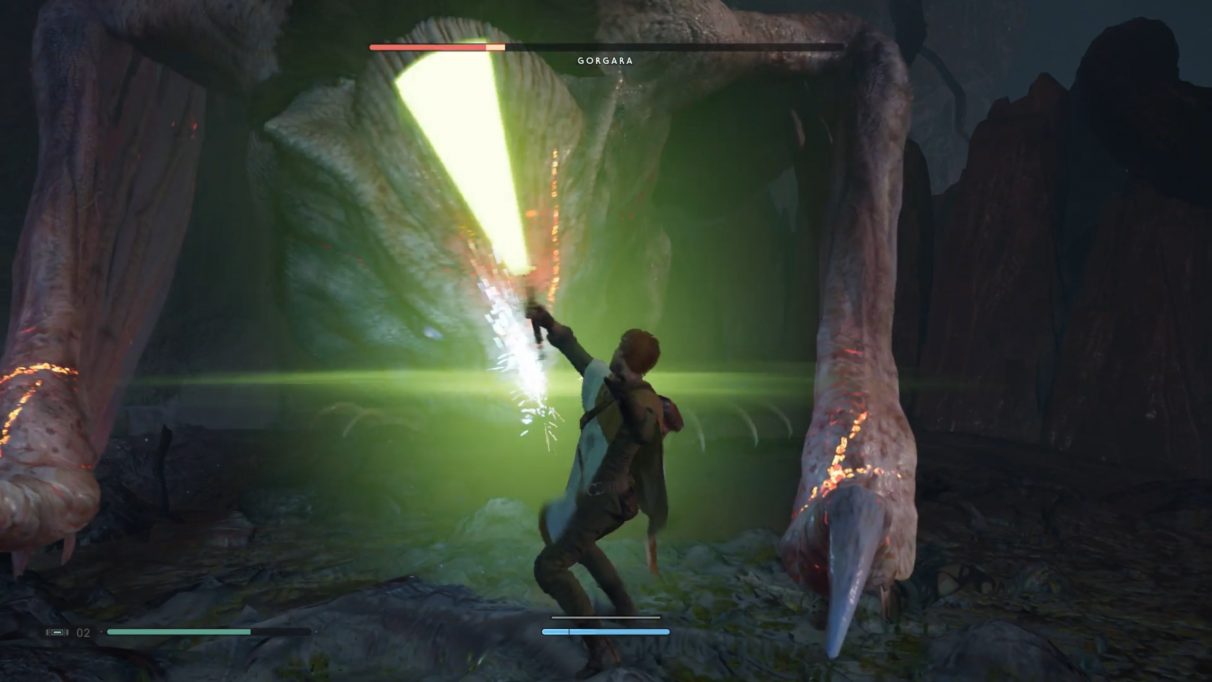 After this whole process, Gorgara will throw in these new attacks every so often - particularly the charge across the cave, and the slamming down into the ground. Sometimes this ground slam causes a shockwave and sometimes it doesn't; it seems to be only after the howl attack where the slam generates the shockwave you must jump over. But the real thing to bear in mind here is that sometimes Gorgara will immediately repeat the shockwave slam after its first one is finished, which may well catch you off-guard.

All in all though, this is all about rolling through Gorgara's slow-but-powerful attacks. I wouldn't generally recommend attempting to block or deflect the blockable attacks; this isn't a fight where stamina matters, really. Just keep rolling and then chopping away at the beast's wings and feet whenever you can, and after a couple of minutes of careful fighting you'll force the creature to flee. 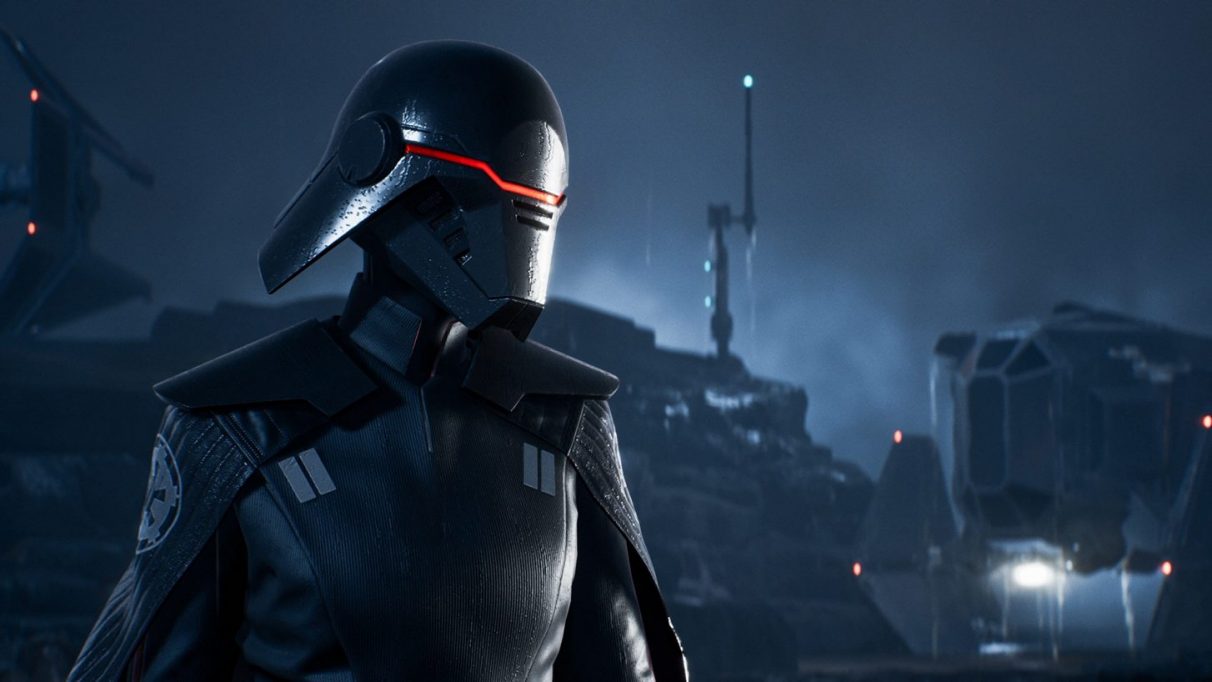 And with that, we'll bring this Jedi: Fallen Order Gorgara boss guide to a close, and hopefully you can bring a close to this dangerous fight now yourself. But that's not all we have on Jedi: Fallen Order, not by a long shot. Whether you're after tips on another boss, or you're looking to understand another aspect of this extensive game, be sure to check out our guide series below.